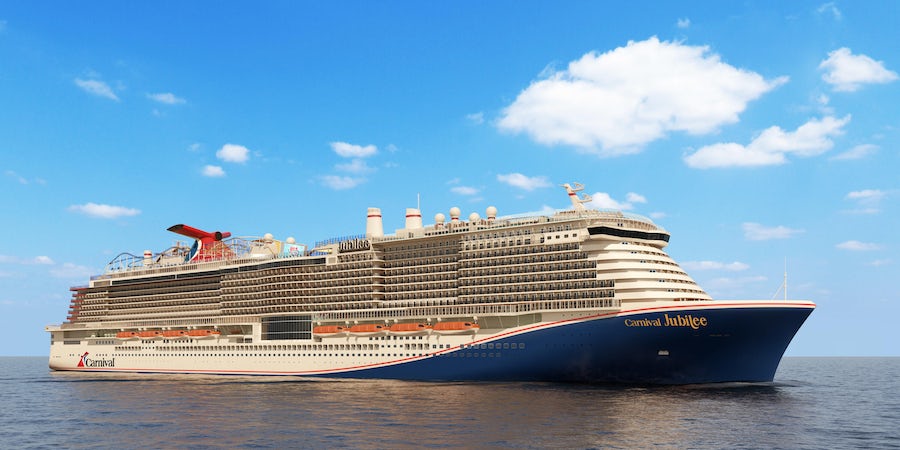 New cruise ships debut every year, but 2023 looks like a particularly exciting one.

Highlights include the launch of Icon of the Seas, a new class of ship for Royal Caribbean; another new Carnival cruise ship (with a roller coaster!); and multiple new ships from MSC Cruises, both in the mainstream and -- for the first time -- the luxury category.

Other big cruise ship milestones to watch for: the last of the Celebrity Edge Class ships, Celebrity Ascent; a second Prima Class ship from NCL, Norwegian Viva and Resilient Lady, the next "lady ship" from Virgin Voyages.

Luxury cruise ship lovers also have things to look forward to. Regent Seven Seas will be coming out with Seven Seas Grandeur, which aims to raise the bar on opulence on the ocean. Silversea will have the first of a new class of ship in Silver Nova. Oceania will also come out with its first newbuild in over a decade, Oceania Vista.

Finally, the expedition cruise ship trend that started in 2019 and ramped up in 2021 and 2022 will continue, with several newbuilds, including a second Seabourn Expedition ship, Seabourn Pursuit.

Here are some of the noteworthy new cruise ships that are scheduled to debut in 2023 -- and why we're excited about them.

The Big Cruise Ships We're Excited for in 2023

It's always big news when a new ship class is launched, especially when it comes from Royal Caribbean. The pioneering line that brought the ships full of superlatives -- as well as the world's largest vessels -- is bound to cause waves with Icon Class when the ship debuts in fall 2023.

At 5,600 passengers, Icon of the Seas will be slightly smaller than the largest Oasis Class ship, Wonder of the Seas. The ship will be the first Royal Caribbean ship to be powered by liquified natural gas to reduce emissions.

But we predict that it's going to be the giant sphere that been teased in various reveals that will be the showstopper. Named The Pearl, the orb is 46 feet high and 50 feet in diameter. It has air conditioning ducts and lighting, leading prognosticators to believe it will house a venue. But Royal has kept mum.

Following on the heels of 2021's Carnival Mardi Gras and 2022's Carnival Celebration, Carnival Jubilee will debut in Galveston in October 2023 and instantly become the biggest Carnival ship in the Texas port.

What makes Carnival Jubilee exciting will be the Bolt rollercoaster onboard, as well as all of the expanded versions of Carnival favorites, such as a supersized Guy's Burgers, the Patio outdoor area on Deck 6 and a two-story Red Frog-themed tiki bar. This class of Carnival ship also has themed neighborhoods; expect Jubilee to have at least one that is different from its siblings.

MSC Cruises continues its rapid expansion in 2023 with not one but two cruise ships -- one of them marking the debut of a luxury expedition cruise line (more on that later).

MSC Euribia arrives in June 2023. The 6,334-passenger ship will be powered by liquid natural gas and be the third in the line's Meraviglia-Plus Class. While details on the ship are still light, expect it to resemble sibling ships MSC Grandiosa and MSC Virtuosa.

Celebrity Ascent Will Be the New Celebrity Cruise Ship

The last of the popular Edge Class ships, Celebrity Ascent, will make its debut in December 2023. Expect to see features that were made popular on Celebrity Edge and Celebrity Apex, such as the Magic Carpet movable deck that does triple duty as a restaurant, a bar and an embarkation area.

The infinite balconies will be part of the mix as well. On Celebrity Ascent, the line will put the first ones developed specifically for solo travelers. Suite life also gets a boost with Icon and Edge Villas -- the latter featuring private plunge pools -- as well as the large Retreat complex.

Norwegian Viva Will Have a Racetrack, Two Freefall Slides and Large Haven Area

Arriving in August 2023, Norwegian Viva will be the second ship in NCL's Prima Class, with features that mimic those debuting on Norwegian Prima in 2022. Thrill seekers are going to love the bigger and better go-kart racetrack, which winds around the ship's funnel, as well as drop dry slides that will make you scream.

Like Norwegian Prima, Norwegian Viva will place The Haven -- NCL's ship-within-a-ship complex -- at the back of the ship. This grouping will make The Haven feel more private, and also allow special suite-only perks such as the private pool, sundeck, restaurants and bars to be all in one place.

The third of Virgin Voyages' "lady ships," Resilient Lady will launch with adult-only cruises in spring 2023. Carrying 2,770 passengers, the ship will have a similar design and attitude to Scarlet Lady and Valiant Lady. Expect fun parties, delicious food and plenty of opportunities to detox and retox.

Resilient Lady will spend its first season in the Greek Isles before heading to Australia for the Down Under summer.

The Luxury and Small Ships We're Excited for in 2023

Viking Ocean Cruises has hit on a formula for success for its small 930-passenger vessels -- and we know that Viking Saturn will continue that pattern. Debuting in early 2023, Viking Saturn will have all the features that people love about the line -- included specialty dining, wine and beer at lunch and dinner and at least one shore excursion offered in every port.

All this, plus the best included thermal spa at sea and sleek Scandinavian decor make Viking Saturn a great choice for adults -- the line doesn't accept passengers under 18 -- who love learning and enrichment, in a sophisticated environment.

Vista Will Be Oceania's First New Ship Since 2012

The first of the line's Allura Class ships, Oceania's Vista will have a lot of new restaurants and features; understandably so, as it's the first newbuild for Oceania Cruises since 2012. Debuting in April 2023, Oceania's Vista will continue the line's focus on outstanding cuisine; new venues include Ember, which serves American food, and Aquamar Kitchen, which will have a focus on healthy food (not surprising for a line that pioneered a plant-based menu).

In a nod to solo travelers, Oceania's Vista will have a new category of balcony cabins dedicated to those cruisers who are either on their own or want their own space. The highest-level cabins -- Vista Suites and Owners Suites -- have 24-hour butler service, with the latter category of suites boasting design details from Ralph Lauren Home.

The first ship in the luxury Silversea fleet to have all balconies, Silver Nova will debut in summer 2023. With 728 passengers, Silver Nova will be the biggest ship for Silversea and also have the line's first hybrid technology; the goal is to be totally emissions free in port.

Silver Nova will also be the line's first ship to have a pool on the side of the ship, as opposed to being enclosed. Expect the line's highly regarded S.A.L.T. culinary program to play a starring role among a roster that has a high bar of eight restaurants.

The third of a series of newbuilds for Regent, Seven Seas Grandeur will likely try to top the title of "world's most luxurious cruise ship," which the line dubbed sister ship Silver Seas Explorer when it debuted. Coming in November 2023, Seven Seas Grandeur will have its version of the $11,000-per-night Regent Suite, and the line is already stating that the ship will have the highest space and crew ratio per passenger in the industry.

On Seven Seas Grandeur, Regent is aiming to fight sister line Oceania's claim for top marks among foodies. The ship will have four restaurants and debut a new version of Compass Rose, the ship's main dining room. Expect eye-catching sculptures, plenty of crystal and a menu that focuses on the most extravagant ingredients.

After filing for bankruptcy in 2022, Crystal Cruises has found a new owner in luxury travel group Abercrombie & Kent and former Silversea head Manfredi Lefebvre d'Ovidio. The company plans a relaunch of the brand, on Crystal's former ships and with former Crystal President Jack Anderson, in 2023.

Crystal lovers have been promised extensive refurbishments to Crystal Serenity and Crystal Symphony. And while we still don't know much else, the rebooted line seems to be bringing back many of its top executives and crew -- the same that made Crystal a beloved luxury brand. We're eager to see how this turns out.

The Expedition Ships We're Excited About in 2023

The first ship in the new cruise line created by MSC Cruises, called Explora Journeys, will arrive in 2023. While not many details have been released about Explora I, we know that at 922 passengers, the ship will be at the larger end of the luxury segment. (That's not necessarily a bad thing, as that means there will be more venues and things to do onboard.)

Early word on the ship notes nine dining "experiences" and cabins that start at a generous 377 square feet. Outdoor space will be highlighted with 64 private pool cabanas across three outdoor pools; a fourth pool will have a retractable glass roof to allow swimming in any weather.

Seabourn Pursuit Will Be Second Luxury Expedition Ship for the Line

Coming in September 2023, Seabourn Pursuit combines the luxury of a Seabourn ocean cruise ship with the adventurous spirit of an expedition ship. What does that mean? Think PC6 Polar Class standards and advanced technology to get to remote regions, as well as two submarines that add underwater exploration to the things you can do above water, such as Zodiac tours and kayaking.

One feature of Seabourn Pursuit that you'll only find on its sister expedition ship, Seabourn Venture, which debuts in 2022, are the two-story suites that have double height windows and telescopes for wildlife spotting. Everyone onboard can enjoy the Discovery Center and Expedition Lounge, where naturalists and expedition guides will give daily lectures, briefings and enrichment programs.