You may also like
Dismiss
Amazon River Cruise Safety: What You Need to Know
6 Ways LGBTQ Cruisers Can Stay Safe on a Port Stop in Jamaica
How To Cope With Cruising's Pause? Plan Far, Far Ahead
Step By Step: How to Submit Comments on Cruise to the CDC
Photos From MSC Cruises' Return to Sailing in the Mediterranean
Are Spas and Indoor Pools Still Open On Cruise Ships?
Survey: Cruisers Overwhelmingly Approve COVID-19 Vaccine Requirements To Cruise
Is the CDC Canceling Cruises? We Answer This and Other Omicron Cruising Myths
CDC Warnings, Quarantine Concerns Dampen Short-Term Cruiser Enthusiasm, Survey Shows
The CDC Treats the Cruise Industry Unfairly, Voluntary Program Not Necessary to Have Comfort Sailing, Cruise Critic Readers Say 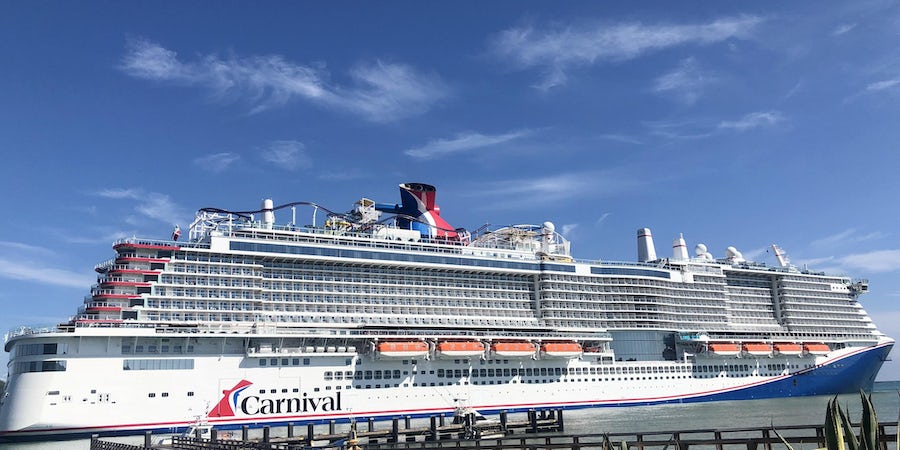 The newest Cruise Critic survey gives deeper insight into how cruisers are feeling about booking, canceling or putting off their next cruise vacation right now.

And, it turns out, cruisers -- especially those who have recently returned from sailings -- are feeling excited and safe when it comes to cruising. Cruisers even reported feeling safer on their cruise ships than they do back on land.

This survey was based on the responses of 6,418 Cruise Critic readers between January 26 and February 4, 2022. The time period took place during a peak in the omicron variant, and two weeks after the CDC announced that it would be moving from its long-standing Conditional Sailing Order to a voluntary program, the details of which are still yet to be released.

Folks also reported feeling more comfortable going on a cruise than going to an indoor concert or sporting event (28%), attending an indoor wedding (33%), going out to eat at a restaurant (57%) or attending an indoor house party with more than 10 guests who live outside of their home (29%).

Despite the wariness we saw from our January 12 survey, where respondents noted their concern over omicron and the December 2021 Level 4: Do Not Travel warning from the CDC, which advised travelers to avoid cruises regardless of vaccination status, our newest survey shows a positive uptick in the sentiment around cruising just a few weeks later.

Still, at the time, only one-third of respondents said they had pulled the plug on an upcoming cruise due to omicron, while another 30% said the variant had not affected their plans for travel and 25% said the arrival of omicron had put them on the fence about canceling or keeping their cruise plans.

In our newest survey, 26% respondents told us they'd taken a cruise within the last 90 days, within October, November, December and January. Of this group, 86% said they took an ocean cruise on a major cruise line, like Carnival Cruise Line, Royal Caribbean International, Princess Cruises or Disney Cruise Line.

Right on par for the winter season, warm weather cruises to Mexico and the Caribbean were overwhelmingly popular, accounting for 70% of all survey respondents' ocean sailing itineraries on major lines. European ocean cruises claimed the second-most popular spot, covering just over 16% of reported cruise destinations.

When Will It Be Safe to Cruise?

There will always be an inherent risk in any activity we participate in during the COVID-19 pandemic and during surges of different variants. Many cruisers have chosen to take solace in the fact, however, that cruises are one of the most regulated forms of travel and leisure, upholding vaccine, testing and masking requirements.

Our survey confirmed that cruisers feel that their mode of vacation feels "very safe."

All in all, 71% of survey respondents who said they had taken a cruise within the last 90 days reported they felt “very safe” on their cruise -- the highest rating available -- followed by 25% who said they felt "rather safe."

Less than 3% of respondents who had taken a cruise within the previous 90 days said they felt neutral about their safety on board, 1.3% said they didn't feel very safe and a minute .2% reported feeling not safe at all on their sailing.

Who is Booking Cruises Right Now, and Why?

A whopping 55% of respondents said they currently have a cruise booked and are still planning to sail. Of those, 74% said their upcoming cruise is set to sail within the next six months -- including 48% who have a sailing within the next three months, and 22% with sailings that will take place within the next month.

When it comes to booking a cruise, cruisers are most concerned about finding the best deal (62%) -- if this is you, consider checking out our cruise deals page for the best offerings. Factors also at top of mind when booking are flexible cancellation policies (57%), destinations on the itinerary (55%), onboard COVID-19 protocol and requirements that match their expectations (47%) and, interestingly, close-to-home ports that cruisers can drive to and avoid flying (36%).

Among respondents who report not wanting to book a future cruise, top concerns given included being worried about catching COVID-19 (32%), being unhappy or in disagreement with onboard COVID-19 protocols (27%) and -- beating out the fears over being stuck in quarantine (14%) -- was feeling uncomfortable about cruising for reasons unrelated to COVID-19 (22%).

Over 92% of respondents self-reported being between the ages 35 and 79. The majority of all cruisers who participated reported having taken between 10 to 24 cruises in their lifetime, while nearly a third said they cruised more casually, having taken between four to nine cruises.