You may also like
Dismiss
Yes, There Are Fun Things to Do on Cruises for 18-Year-Olds, 19-Year-Olds and 20-Year-Olds
Newest Norwegian Cruise Ships
Pacific Explorer: What's Free -- and What's Not
8 Things You'll Love About Celebrity Edge
9 Reasons to Get Excited About Marella Cruises' Marella Explorer 2
Pictures of Carnival Panorama
The Best (Free) Things to Do on Carnival Panorama
Pictures of Norwegian Encore
The Waterfront on Norwegian Cruise Line
How To Cope With Cruising's Pause? Plan Far, Far Ahead 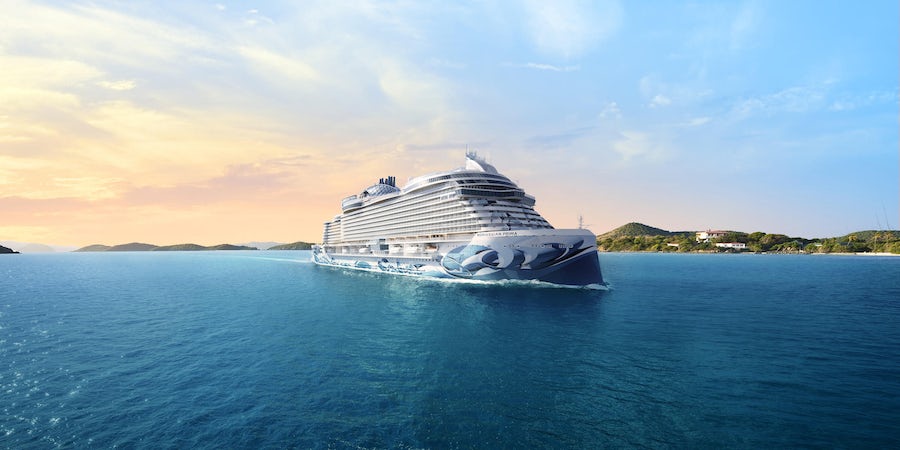 The 3,215-passenger ship also has a completely rethought and redesigned suites complex, The Haven; an expanded outdoor space, Ocean Boulevard; and even a top deck racetrack.

Here are 10 things we are excited about on NCL's newest ship, Norwegian Prima

1. Norweigan Prima Will Have An Elevated All-Suite Complex, The Haven

Not new, but completely rethought and redesigned, all 107 of the Haven's suites have been shifted to the aft, or back of the ship, according to the deck plans.

Norwegian Prima will offer the 13 suite categories, as well as the largest three-bedroom suites of any new cruise ship, the line claims.

Private elevators rise directly into The Haven public areas on decks 16 and 17, which include The Haven Restaurant, The Haven Lounge & Bar, a private sundeck, a new infinity pool overlooking the ship's wake and a new outdoor spa with a glass-walled sauna and cold room.

All public areas and suites in The Haven have been designed by Piero Lissoni, one of Italy's top designers and for the first time, all face the sea.

2. Norwegian Prima Will Have A New Theater And Nightclub Concept

NCL has also rethought the theater concept onboard Norwegian Prima, so the three-story venue converts seamlessly from a state-of-the art performance stage to expansive dance floor.

Highlights will include a customizable seating layout and huge moving LED screen that lowers from the ceiling and is nearly half the size of the venue.

"The nightclub's SENSORIA theme provides clubgoers an out-of-body experience where they can dance late into the night and enjoy a kaleidoscope of high-energy music and innovative special effects," according to NCL.

3. Interactive Real-Life Gameshows Will Be New To NCL

We're very excited that we might be "coming on down" in Norwegian Prima's theater/nightclub with a first-to-the-line of four classic game shows.

The ship will have interactive live game show experiences that allows the audience to be part of the show and have an opportunity to win prizes.

These immersive productions takes the Prima Theatre and Nightclub and transforms it into a production set where guests can be participants in some of the world's most iconic game shows including: The Price is Right, Supermarket Sweep, Press Your Luck and Beat the Clock

4. Norwegian Prima Will Boast The Biggest Racetrack at Sea

You may have experiences it on fleetmates  Norwegian Bliss, Norwegian Joy and Norwegian Encore, but the Prima Racetrack is triple deck. It  features a longer straightaway with a racetrack of more than a quarter mile in length (1,378 feet/ 420 meters) and 22 percent larger than the current racetrack on Norwegian Encore.

But not only is it bigger, the speedway will now go around and through the funnel of the ship. It has 14 nail-biting turns where 15 drivers can simultaneously race on the open ocean, reaching speeds of more than 30 mph (50 kph).

After racers have completed their ultimate ride, they can grab a cold one and brag about their achievements at the new Prima Speedway Bar located beneath the racetrack.

5. Terrifying Dry Slides, The Drop and The Rush Will Get Your Adrenaline Going

The Drop is a dry, freefall slide with a 10-story plunge – creating what Norwegian is touting as "the highest G-forces of any cruise line." -- more than a F1 race car, apparently. If you're feeling competitive, take on your friend in The Rush -- dueling dry slides no less!

NCL is no slouch when it comes to hosting outstanding theater productions at sea (Jersey Boys, Choir of Man, Kinky Boots etc.), but we're thinking the line could outdo itself when it comes to Summer: The Donna Summer Musical.

This is the story of Donna Summer’s meteoric rise from young starlet to the Queen of the Disco featuring a score of more than 20 of Summer's mega disco hits including "Bad Girls," "Last Dance," and "Hot Stuff".

But the bit we are most excited about -- the 75-minute immersive production will see the theatre transform into a full disco and the audience will be encouraged to get up and strut their stuff on the dancefloor.

7. A First for NCL, The Tidal Wave Waterslide Requires Innertubes

As part of Norwegian Prima's Aqua Park and Main Pool area, will be NCL's first Tidal Wave waterslide featuring gushing surfs where guests can ride an innertube to catch the perfect wave. Alternatively, relax in one of two infinity hot tubs or under the area's cascading water feature.

Infinity Beach is another new concept debuting on Norwegian Prima. The highlights here are two infinity pools, each on one side of the ship, to bring people closer to the sea.

Bang on trend as ever, NCL is unveiling Indulge, a food hall concept at the aft of the ship with an outdoor dining area, as part of the dining options on Prima.

9. The Concourse, An Outdoor Sculpture Garden, Is Custom Made For Your Insta-Feed

Another new-to-NCL concept is an outdoor sculpture garden with installations designed by Alexander Krivosheiw, The Concourse.

10. Two Glass Bridges Suspended Above the Sea Give You a New View

The two Oceanwalk glass bridges, also new to NCL, will either terrify or delight passengers, giving, breath-taking views that will make you feel "as if you are walking on air over the water," according to the line.