You may also like
Dismiss
Round Trip vs. One-way Alaska Cruises
Holland America vs. Princess in Alaska
Build Your Own Alaska Cruise Land Tour: South From Anchorage
Embarkation in Vancouver: Cruise Terminal Parking, Address and Amenities
What Is an Alaska Inside Passage Cruise?
Denali Princess Wilderness Lodge
Most Amazing Cruise Sunset Photos
Why There's Still Nothing Like a Day on the Water
Alaska Cruises Are A Go For 2022, Though Scope of Cruise Season Remains to Be Seen
Will Cruises to Canada Go Ahead In 2022? Canadian Cruise Ports Are Betting on It 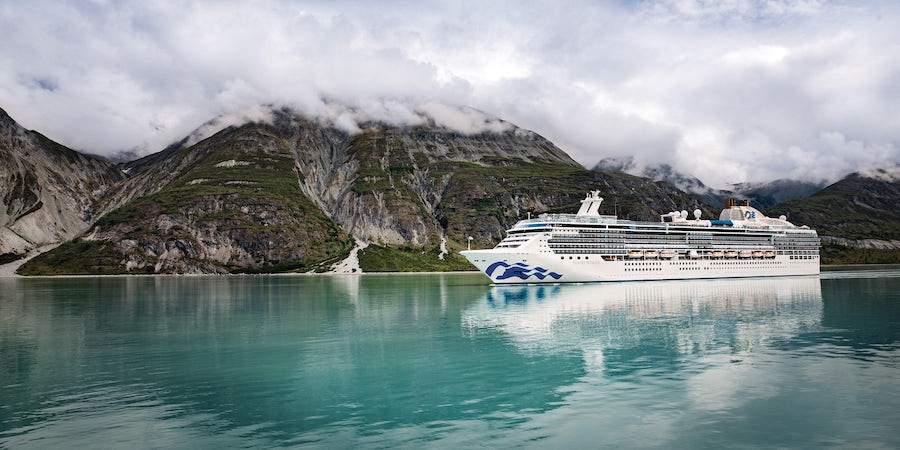 It's just a few short months from April, when the 2022 Alaska cruise season starts in earnest.

The tourism-dependent towns in Southeast Alaska and British Columbia need a healthy 2022 cruise season. Last year, Transport Canada's ban on cruising from Canadian ports meant that the Alaska season was truncated, not starting until mid-July, with the arrival of Royal Caribbean's Serenade of the Seas.

On paper, 2022 could be a banner year for Alaskan ports of call. But as the omicron variant of COVID-19 continues to cause disruptions across cruise and other travel sectors around the world, it's beginning to look like modifications -- either to itineraries, ships or sail dates -- could be in the cards as the pandemic continues to evolve.

Where do things stand right now with cruises to Alaska in 2022? Here's a look at what cruisers can expect as we look at the 2022 season.

What Cruise Lines Are Headed to Alaska in 2022?

In 2022, most of the world's major cruise lines are scheduled to return to Alaska, with sailings primarily operating from Seattle, Vancouver, Seward, and Whittier.

Alaskan heavyweights Holland America Line and Princess Cruises are planning a full deployment to the region. The two lines -- which collectively have over a century of experience in the region -- are pulling out all the stops, sending six ships apiece to Alaska.

Princess, meanwhile, is sending its newest cruise ship -- Discovery Princess -- on weeklong voyages to Alaska from Seattle, while Royal Princess, Majestic Princess (read our review from our 2021 sailing here), and Grand Princess will be based in Vancouver doing seven-day northbound and southbound runs between the Canadian city and Whittier, Alaska. Crown Princess also joins Discovery Princess in sailing from Seattle's Pier 91.

Norwegian Cruise Line, too, is increasing its Alaska cruise presence significantly over past years, with five ships sailing to the Last Frontier in 2022.

Norwegian Jewel will be based in Vancouver for the entire season, offering sailings between Vancouver and Seward that can be paired with overland tours to Fairbanks, Denali National Park and Anchorage.

The 1998-built Norwegian Spirit returns to Vancouver for the first time since 2005, offering some unique one-off itineraries that sail between Vancouver, Alaska, Honolulu and Los Angeles. The ship otherwise spends most of its season sailing from Seattle on five- to 11-night roundtrip Alaska cruises.

Norwegian has been building its presence in Seattle steadily; indeed, the line was the first to pioneer cruises from Seattle back in 1999 aboard Norwegian Dynasty. In 2022, it pulls out all the stops, sending Norwegian Spirit, Norwegian Sun, and the newer Norwegian Encore (read our review of our Norwegian Encore 2021 cruise to Alaska) and Norwegian Bliss.

Even Carnival, which has sent a single ship to Alaska in recent years, is planning on sending two vessels in 2022 -- Carnival Freedom and Carnival Miracle -- which will homeport from Seattle and San Francisco, respectively.

Add to that a number of luxury and premium lines returning to the region this year -- including Cunard, Disney, Regent Seven Seas, Seabourn and Silversea -- and the 2022 Alaska cruise season looks robust, diverse and potentially record-breaking.

At least, on paper.

Alaska 2022 Cruises from Canada Are Still on the Fence

The real wrinkle in the 2022 Alaska cruise season is, once again, Canada.

The Canadian government, under the guise of Transport Canada, hasn't allowed cruise ships to call on any Canadian port since 2019, owing to the ongoing global health pandemic. Transport Canada had banned cruises through the 2020 and 2021 seasons, forcing Alaskan delegates to obtain a temporary waiver to the U.S. Passenger Vessel Services Act that would allow foreign-flagged cruise ships to operate closed-loop cruises from Seattle without the customary stop in Victoria, British Columbia, that is, in actuality, required by U.S. law.

That PVSA waiver was a temporary thing, valid for just one year. And while Transport Canada has said it will allow cruises to call on Canadian ports in 2022, no formal guidelines have been issued that would allow this to happen, and details on what would be required of passengers arriving into Canadian ports of call are still reportedly being hammered out.

Add to that the fact that Canada is still mired in the omicron wave, with restrictions in place across the country on gatherings, indoor dining venues and leisure activities. The country's willingness to welcome cruise ships back in just a few short months is questionable.

Travelers to Canada will have to contend with rules and regulations surrounding COVID-19 that are more stringent than many other countries, too.

Proof of vaccination, plus a negative PCR test, are currently required to enter Canada. A second "on-arrival" PCR test is required upon landing in any Canadian airport for those travelers coming from all destinations other than the U.S.

Vaccinations for those over 12 are mandatory to fly domestically within Canada, or to take a train or long-distance bus.

In addition, numerous businesses -- including restaurants, bars, lounges, theaters and other public venues aside from retail shops -- require proof of vaccination and photo identification. Mask usage is common throughout Canada, and refusing to wear one in hotels, shops, restaurants, bars, lounges or other indoor public areas can result in you being ejected from the establishment. Masking is also required on all public transportation, on ferries, and in all indoor spaces in most parts of the country.

As of January 2022, even some outdoor attractions, like Victoria's famous Butchart Gardens, will require patrons to mask up or be denied entry.

Should Transport Canada elect to cancel cruise activity for the third year running, it would have a three-fold effect: one-way and roundtrip cruises from Vancouver would be canceled. That would also modify cruise tours that have stops planned in Canada.

A continued ban would also make cruising from Seattle impossible once again, because of the PVSA mandates a call on a "distant foreign port". Absent of one, another exemption to the law would need to be drawn up and passed through Congress, as the original waiver was valid only for the 2021 cruise season.

Will Alaska Cruise Tours Be Offered in 2022?

At the moment, yes -- cruise tours to Alaska will be offered again in 2022 and are scheduled by all major lines.

Cruise lines like Holland America and Princess Cruises operate their own lodges in Alaska's Denali National Park, their own fleet of motorcoaches, and even have branded railcars as part of the Alaska Railroad traveling from Fairbanks to Anchorage. Expect these lines, and others, take a vested interest in ensuring as much of this season's overland ours go ahead as planned.

If Canada remains closed, some cruise tour options will need to be modified. While cruisers could still get off their ship at an Alaska port and take the train to Denali, visiting parks such as Banff and Jasper in British Columbia and Alberta aboard the Rocky Mountaineer would be off the table. Holland America would also have to cut the Yukon portion of their cruise tours.

When Will We Know If 2022 Cruises to Alaska Are Going Ahead?

Within the next few months, the picture should be clear about what to expect in Alaska in 2022.

For their part, Alaskans have decided to take matters into their own hands once again this year. Alaskan Senator Lisa Murkowski pre-emptively submitted a proposal for a permanent exemption to the Passenger Vessel Services Act in September of last year.

"Right now our borders with Canada are in a much better place than they were in 2020, but what happens if Canada decides, nope, we’re not taking any risks with omicron so we’re going to put in place the same limits on our passenger vessels" Murkowski told the Alaska Journal of Commerce. "I want to address this and I think the proposal that I have is absolutely one that is worthy of advancing."

The government body concedes, however, that not opening up cruise this year risks substantial loss of tourism dollars should Murkowski and Young's bills pass into law.

"If either of these bills are passed, it would have a negative impact on Canada’s tourism industry, particularly in British Columbia," Transport Canada notes. "The Government of Canada’s plan to restart cruising for the 2022 season should help to reduce the risk of this occurring."