You may also like
Dismiss
Mexican Riviera Cruise Tips
5 Tips for California Cruises
What Are Tropical Cruises, and Which Is Best for You?
Pacific Hurricane Season Cruising: What You Need to Know
Hurricane Irma: A Look Back At the Storm
Cruise and Stay Holiday Tips
6 Ways LGBTQ Cruisers Can Stay Safe on a Port Stop in Jamaica
Why You Should Buy 'Cancel for Any Reason' Insurance for Your Cruise
10 Best Beaches in Mexico for Cruisers 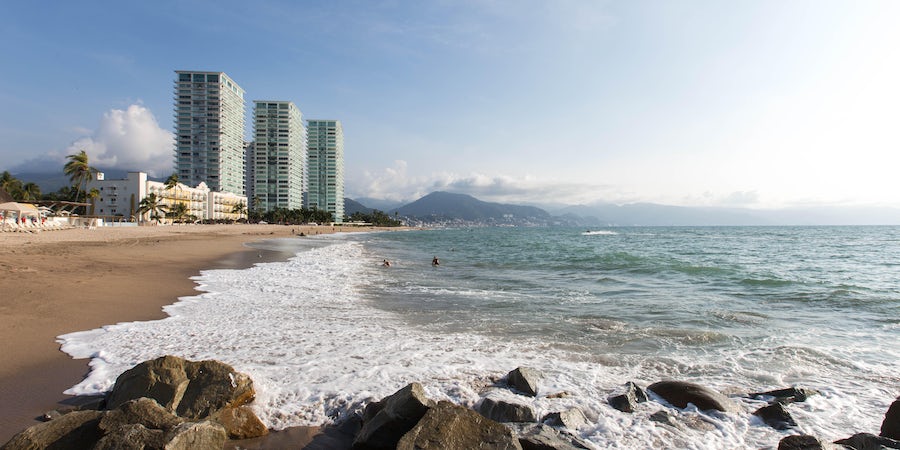 Is it Safe to Travel to Mexico? Here's What Cruisers Need to Know

Considering a cruise to Mexico? Travelers from all around the world are drawn to this Latin American getaway for its beautiful beaches, rich culture and history, delicious food and drinks, and favorable currency exchange rates.

Still, no paradise is perfect. Mexico has dealt with its fair share of gang-related violent crimes, shootings, kidnappings, extortion and homicides, many of which make for sensational headlines. This can leave cruisers wondering: Is Mexico dangerous? Is it safe to travel to Mexico? Are cruises to Mexico safe?

The answer is complicated but ultimately depends on where you’re going, how you’re getting there and an individual's personal safety and comfort levels. The good news is that cruise lines do much of this research for you – if crime rates rise in a Mexican port to the point where safety is an issue, those ports are usually dropped from an itinerary and substituted with somewhere else. All in all, you have less to worry about on a cruise to Mexico than other types of travel.

Here is a look at what cruisers considering a trip to the region need to know.

How Dangerous is Mexico? Decoding Travel Advisories for Mexico

The U.S. State Department recently bumped the travel advisory for Mexico up a notch to a "Level 3: Reconsider Travel", urging tourists to rethink travel to the area due to high numbers of COVID-19 cases and an increase in violent crimes such as "homicide, kidnapping, carjacking and robbery" throughout the country.

Mexico’s ongoing struggles with these types of crimes should not be overlooked, though a deeper dive shows many commonly-visited cruise ports are not affected by these warnings. An example includes the state of Sinaola, which is under an advisory. Its marquee port, Mazatlan, is not, however -- so long as visitors stay in the Zona Dorada (the Golden Zone), or the city's Centro Historico, where most cruise tourists will stay anyhow.

Across the pond, the UK travel advice for Mexico reads, "The Mexican government makes efforts to protect major tourist destinations like Cancun, Playa del Carmen, Cozumel, Los Cabos, Puerto Vallarta and Nuevo Vallarta. These areas have not seen the same levels of drug-related violence and crime experienced elsewhere in Mexico."

There currently is no travel warning issued for Mexico for residents coming from the UK.

As of December 2021, Mexico is currently under a Level 3 Travel Health Notice from the U.S. Centers for Disease Control and Prevention, again due to high levels of COVID-19 cases in the country. Travelers to Mexico are warned to be aware of the inherent risk of contracting and spreading the virus by visiting the area. The CDC recommends that all tourists to Mexico be fully vaccinated and follow local health and safety protocol such as mask wearing and social distancing.

Even with a Level 3 Travel Health Notice, current COVID-19 case numbers in Mexico remain well below those in the U.S., and have dropped significantly in the last four months of 2021, falling from 18,801 average new cases over a seven-day period on August 18 to 2,314 to just 2,314 by December 13. Additionally, over 51 percent of the Mexican population has been fully vaccinated.

To compare, 60 percent of the U.S. population is considered fully vaccinated, and has a seven-day average of 120,305 new cases -- well above the caseload for Mexico.

Nearly cruise ships that travel to Mexico have requirements that all passengers are vaccinated against COVID-19, as well as onboard protocols.

What Are the Most Dangerous Cities in Mexico? Know Where to Go (And Where Not to Go)

As with any country, not all cities in Mexico are equal when it comes to safety. Luckily for cruisers, the majority of Mexico’s most popular cruise ports (and shore excursion destinations like Playa del Carmen or Tulum) in the Mexican Riviera and Riviera Maya have either Level 1 or Level 2 travel advisories from the State Department, meaning travelers should either exercise normal levels of caution or increased caution, but do not need to reconsider travel.

On the flip side, ongoing issues with crime has led the State Department to place the states of Baja California, Jalisco and Nayarit under a Level 3: Reconsider Travel advisory. The states of Guerrero and Sinaola (among others) are under a Level 4: Do Not Travel advisory. These states include cruise ports like Puerto Vallarta, Ensenada and Mazatlan, to name a few -- though in most cases, these warnings apply predominantly to non-tourist areas.

The outlier here is Acapulco, which used to be a major cruise destination until about a decade ago, when recurring spates of violence made calling there no longer practical. This is a good example of cruise lines being proactive and avoiding port cities that might have safety issues.

Additional Health and Safety Concerns to Consider When Traveling to Mexico

Seasonal tropical storms and hurricanes occur on both coasts. While there is always a risk cruising during hurricane season, it shouldn't be the only factor in deciding to book or not.

East coast hurricane season in the Riviera Maya runs from June through November, and you’ll have a higher risk of running into a big storm between August and October. Hurricanes are less common on the West Coast, but tropical storms are no stranger to the Mexican Riviera during the May 15 to November 30 storm season, with several in past years having made landfall on Puerto Vallarta, Mazatlan and Cabo San Lucas.

As with hurricane season in the Caribbean, however, any ships bound for ports of call that could be affected by a hurricane will simply alter course to avoid the storm.

Overall, healthcare shouldn’t be a top concern for people cruising to Mexico. Mexico has good quality healthcare, and ranks 24th in the 2021 World Healthcare Index -- above the United States (31st). Cruisers also have the added benefit of having an onboard medical facility and being close to major cities.

When in doubt, always purchase travel health insurance for your cruise, which can help cover costs of care and repatriation should the unforseen happen.

Mexico is generally a very welcome destination for LGBTQ+ travelers, especially in larger tourist cities and nearly all ports of call a cruiser is likely to encounter. However, the country has a strong, conservative Roman Catholic population, and, though Mexico has fairly-strong gay population, social rights aren’t always acknowledged.

Additionally, there is a hefty amount of transphobia in certain areas of Mexico, particularly in smaller towns. Mexico has the world’s second highest rate of violence against the trans community, which may cause trans cruisers to rethink their plans.

The U.S. Department of State recommends LGBTQ+ travelers “exercise discretion” in publicly identifying themselves as LGBTQ+.

Mexico is Safer Than These Popular Tourist Destinations and U.S. Cities

Many Mexican cities and states, particularly those visited by cruise ships, are just as safe or safer than many destinations that don’t get a second thought when it comes to safety.

When looking at overall crime levels in 2021, Mexico and the U.S. are ranked closely, with Mexico crime outpacing the U.S. by only two percent. There are also significantly more firearm murders, rapes, and total crimes per 1000 in the United States than in Mexico. Additionally, the homicide rates in popular U.S. tourist cities such as St. Louis and New Orleans are higher than the entire national average for Mexico -- however the total U.S. homicide rate is about five times less than in Mexico.

A crime index for the Americas shows that Mexican cities like Tijuana and Mexico City rank in the bottom quarter, alongside U.S. cities such as Albuquerque, New Mexico, and Memphis, Tennessee, while Cancun’s crime index is on par with London.

Additionally, civil unrest, high COVID-19 case numbers and terrorism has caused the State Department to flag France, Italy, Germany, the United Kingdom and Denmark under a Level 4: Do Not Travel advisory -- one level higher than Mexico. Yet most cruisers wouldn't think twice about booking a cruise calling on Copenhagen or Hamburg.

Though travel advisory levels and index ranking are constantly in flux, it’s always worth doing a little comparison between destinations and countries you know well in order to gain better context and understanding. A country or destination that sounds frightening at first can be no more so than your own hometown.

Are Cruises to Mexico Safe?

Is it safe to take a cruise to Mexico? The short answer is: Taking a cruise to Mexico is one of the safer ways to visit. Plus, many of the overriding concerns that travelers have about visiting Mexico are damped by the innate design of a cruise experience.

For instance, cruise ship passengers are usually only in port during daylight hours and are accounted for via the disembarkation and embarkation process, meaning eyebrows are raised and action is taken if a cruise passenger fails to return to the ship by sailing time. You’ll also sleep aboard the ship, so there’s no worry over hotel safety.

Additionally, any excursions booked through the cruise line are run by verified and vetted tour companies, and visit heavily-touristed areas. As a cruise passenger on a shore excursion, you’ll almost always be surrounded by a group and led by an English-speaking guide, which can be a lifesaver in a pinch or emergency.

Cruises are also more likely to cancel or change itineraries based on the most up-to-date safety information available. Cruise lines don’t want to put their passengers in harm’s way, and are often a more knowledgeable judge of safety situations than the general public.