You may also like
Dismiss
Embarkation in Vancouver: Cruise Terminal Parking, Address and Amenities
Can I Use Global Entry at Cruise Ports?
Countries That Require Visas for a Cruise
How to Apply for a Cruise Visa
How to Navigate the Airport on Cruise Turnaround Day
Why Germ-Zapping Robots and AI Technology Could Be the Future For Cruise Ships
Why There's Still Nothing Like a Day on the Water
Tips for Flying To A Cruise During the COVID-19 Pandemic
When Should You Get Your COVID-19 Test Before You Cruise? What You Need to Know About Pre-Cruise Testing
What British Travellers Need to Know About Entry Requirements to the US for a Caribbean Cruise 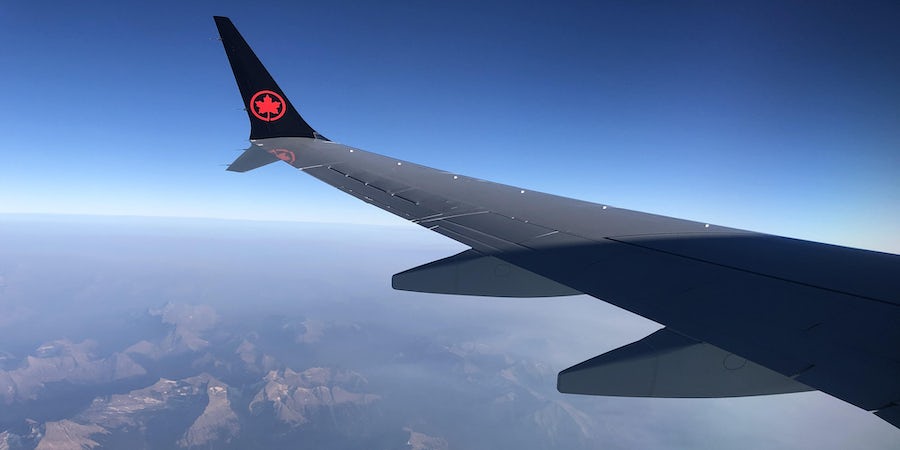 What Canadians Taking A U.S. Cruise Need to Know About COVID-19 Testing and Travel Requirements

Is it worth it for Canadians to fly to the United States for a cruise?

As the lone Canadian on Cruise Critic's editorial team, it's a question I am asked a lot. And the answer -- without question -- is an unequivocal 'YES!' screamed at the top of my lungs from a very tall mountain.

Having said that, however, there are some COVID-19 requirements and protocols that Canadians flying to the U.S. to embark that cruise getaway in the sun should be aware of this winter. These are subject to change; already in 2021, testing windows to enter the U.S. changed for international visitors were adjusted because of the Omicron variant.

What Do Canadians Need to Get into the U.S. for a Cruise?

First of all, if you're over 12 years of age, you'll need proof of full vaccination to board any flight in Canada -- domestic, transborder or international -- as of November 30, 2021. So don't forget to bring your proof of vaccination with you to the airport (though really, you should always have this with you, as you'll need it to embark your ship).

On December 2, 2021, the United States announced all international arrivals will be required to produce a negative test (antigen or PCR) taken one calendar day prior to arrival. This replaces the previous requirement which allowed for testing to take place up to 72 hours prior to arrival.

If anything, this is good news for Canadians traveling to the U.S. to cruise. With the CDC mandating that tests be taken no more than two calendar days ahead of schedule, Canadians can test before their flight and still stay one day pre-cruise and have their existing COVID-19 test remain valid for embarkation.

International travelers over the age of 18 (including Canadians) will also need to be fully vaccinated in order to travel to the United States by air. Unvaccinated children under the age of 18 are currently exempt, but must adhere to masking requirements. (You'll want to check the vaccine requirements of your line before you book, however).

Passengers will also be required to sign an attestation form in order to enter the U.S. that states that COVID-19 is a risk. In the summer, this was a paper-and-pen exercise at check-in, but today most airlines, including Air Canada, have enabled passengers to digitally agree to this form via their app-based check-in process.

Even the process of getting into the U.S. is a bit different these days. Gone are the digital kiosks in Canada's preclearance airports, replaced instead with the in-person visits of old with a CBP officer.

Unlike the days of old, however, the CBP officials I've interacted with have been nothing but pleasant, friendly, and extremely professional. There was once a time where condescension, interrogation and indifference reigned supreme, but that seems to have disappeared. The CBP seems to be as happy for you to be entering the U.S. from Canada's airports as you are.

Canadian Cruisers Should Give Yourself More Time, and Get the Apps

Whether you're a smartphone power-user or not, you're going to need the app for your chosen airline these days. It's the best way to keep track of your documentation, paperwork, requirements, and flight information -- all in one spot.

And, in many cases, having checked-in on the app can save you time. Air Canada's app, for example, lets you upload your testing results, digitally approve your U.S. attestation form, and receive updated boarding passes.

It also keeps you abreast on changing requirements -- as most airline apps do these days, alerting you to last-minute changes you might need to be aware of.

One thing to keep in mind is that all of this -- verifying COVID-19 vaccination, negative test results, and other paperwork -- takes time. More time than you might be used to. And if you don't have frequent flier status of any kind, be prepared to spend more time queuing at airports.

My recent experiences flying to the U.S. with Air Canada (to Seattle and Fort Lauderdale via Vancouver and Toronto Pearson) were nothing but speedy and smooth. A recent flight from Calgary to Dallas on American Airlines, however, was anything but: despite checking-in online on the app, submitting my vaccination documentation and proof of negative antigen test, and entering it all into the third-party VeriFLY app, all passengers still had to queue up to check in a bag and have documentation verified.

Total time from curb to security: a boredom-inducing 80 minutes.

Get to the airport early -- like three hours prior to departure early.

What Do Canadian Cruisers Need to Get Back into Canada?

To get back into Canada, Canadians aged 5 and older traveling from the U.S. will need to obtain a negative PCR test taken no more than 72 hours prior to departure.

Keep in mind, the Canadian Government considers 72 hours to be 72 hours from your flight into Canada -- not the start of your journey. If you're flying from Fort Lauderdale and connecting through Houston or Chicago on to Vancouver, for example, that 72-hour period needs to extend to your last fight into Canada, not your first segment.

I've seen folks denied boarding because of this on nearly every flight I've taken back into Canada, and they are none too pleased to learn they'll be stuck in the U.S. for a few more days.

The good news: most cruise lines provide complimentary PCR testing for those passengers (ahem - Canadians) who require it in order to enter their own country. This testing is free of charge on most lines as long as folks are traveling immediately back to Canada; those staying on post-cruise land stays will need to get tested independently prior to returning to Canada.

Here's the kicker: while some Canadians have reported success with obtaining PCR tests at local U.S. pharmacies like CVS and Walgreens, the process with which you can do this is technically a loophole, as those tests are, really, meant for American citizens. Should that loophole close, you'll be on the hook for anywhere from $150 to $300 USD per test, per person, for a rapid PCR.

Which makes the option to be tested, free of charge, on your cruise prior to coming back into Canada all the more appealing -- and cost-effective. Independent testing ashore could run a family of four up to $1200 USD -- about $1,500 CAD.

All of this applies, however, only to closed-loop cruises returning to a U.S. port. Canadians flying by air from international destinations outside the U.S. are now required to take a pre-departure PCR test, undergo additional PCR testing upon landing in Canada, and immediately quarantining until results are back.

For a cruise from Tampa to Tampa, this doesn't apply, even though you'll be stopping in a foreign country. But if your cruise sails from Fort Lauderdale to Panama City, for example, get ready for additional testing and quarantine requirements.

While Canadian officials have mulled applying this same restriction to Canadians arriving by air and land from the U.S., no firm decision has been made as of this writing.

Failure to provide information on ArriveCAN prior to arrival can result in being denied boarding for your flight to Canada, and puts you at risk of fines, additional questioning, and the revocation of your quarantine exemption. And no one wants that.

This past summer, ArriveCAN was clunky and hard to use. It has improved dramatically since then, and now stores your passport and vaccine information to easily use for future trips.

No border official has ever asked to see my ArriveCAN receipt, but presumably it is tied to your passport number.

If all of this sounds intimidating, take it from me: travel to the U.S. has gotten easier and more efficient since I first returned to travel this past July.

In July, transborder travel was like the Wild West: no one really knew what to do. Canadian airports were deserted, lounges had capacity restrictions or were closed entirely, and coming back into Canada required you to complete an on-arrival test, collect your baggage, exit the secure area, re-check-in, and re-clear security. It was, to put it politely, a real pain in the aft.

The last time I flew home through both Toronto Pearson and Vancouver from the U.S, however, things had changed. Customs was streamlined. Baggage was checked through (at least on Air Canada). And customs formalities were completed in a separate part of the airport for connecting passengers.

Is it worth the hassle? Absolutely. Sailing past rows of palm trees in Miami through the Government Cut, bound for the sun-drenched shores of the Caribbean, beats the cold Canadian winters we all secretly love to loathe.

It's all worth it to get back out on the water. Just keep an eye on those travel restrictions, because they can change every day.