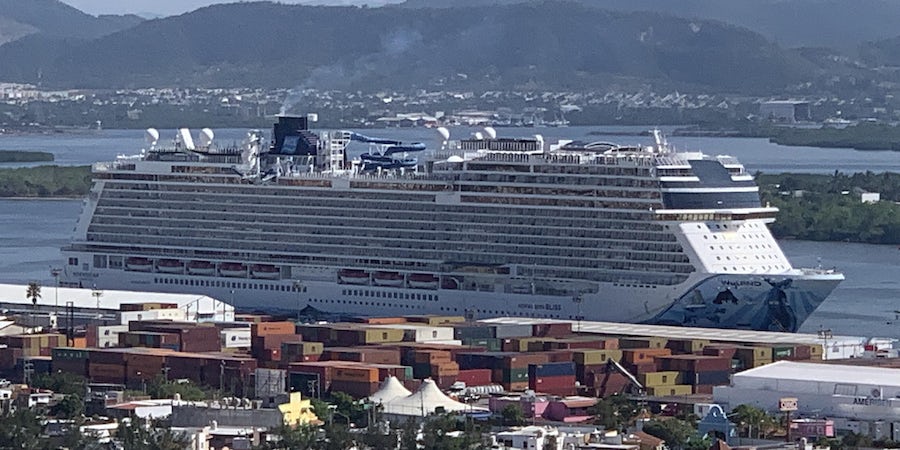 Boarding Norwegian Bliss on a chilly late October morning in Los Angeles, ours was the lone cruise vessel in port. Five days later, we arrived in sunny Cabo San Lucas, Mexico, to be joined by three other ships from Disney, Princess and Celebrity cruise lines.

More than 18 months after COVID brought the industry to a screeching halt, cruising is picking up steam along North America's West Coast.

One of the reasons for the West Coast’s popularity among cruisers: Easy access from major population centers, whether driving or flying in.

Moreover, some cruisers may be reluctant to stray far from U.S. borders, but have multiple Caribbean sailings under their belts, and are seeking something new.

"A lot of cruisers have seen a lot of the Caribbean," said Staffan Bengtsson, captain of the 4,000 passenger Norwegian Bliss, which began sailing to the Mexican Riviera from the Port of Los Angeles in October. "You can get a nonstop (flight) to L.A. from almost anywhere."

And, of course, after more than a year spent in masked captivity, a lot of people are itching to hit the open seas.

Sailing recently on the Norwegian Bliss, director of sales Brian Holmbert noted that the typically Northeast-centric line is increasing its West Coast presence. The 4,000-passenger Bliss is calling at Mexican Riviera ports from Los Angeles into 2022. Sales thus far, he said, "shows there’s an appetite here in the West."

Numbers Still Not At Peak

That noted, not everyone is able to board. Many (if not most) lines require passengers to be fully vaccinated against COVID-19. They’re also requiring passengers to show proof of a negative PCR or antigen test.

Moreover, if sailings are returning, passenger numbers are down, partly because, in a nod to COVID containment, many lines are limiting capacity at anywhere from 40 to 70 percent.

And despite the return of cruising in the COVID era, numbers still aren’t what they were in peak times. For instance, San Diego saw its busiest year in 2008, with 256 cruise ship calls at its port. With the 2008 recession, coupled with instability in parts of Mexico, numbers dropped and didn’t regain momentum until 2016.

"We're higher, but we’re stunted from where we expected to be," said Adam Deaton, the port’s cruise business manager.

A sampling of what's sailing from West Coast ports:

Port of Los Angeles: Eleven lines are sailing from L.A., including Princess, which primarily offers seven-day sailings to the Mexican Riviera. Royal Caribbean has three-day cruises to Ensenada and four-day cruises to Ensenada and Catalina Island. Norwegian Bliss, visiting the Mexican Riviera, is currently the largest vessel to sail from the LA Waterfront. Celebrity Cruises has six- and seven-night sailings. Luxury and premium lines including Oceania, Regent Seven Seas, Viking Cruises, Crystal, Seabourn and Cunard will call in the coming year.

Long Beach: The 5,200-passenger Carnival Panorama is sailing weeklong cruises to the Mexican Riviera into 2023. The smaller 2,124-passenger Carnival Miracle has three- and four-day sailings to Ensenada and Catalina, with a 14-day cruise to Hawaii in late November, before resuming three- to five-day trips from Long Beach into 2022. The newly refitted Radiance begins three- and four-day cruises on Dec. 13.

San Diego: Holland America Line has seven-day Mexican Riviera sailings, plus some 10-day cruises that include the Sea of Cortez. Other lines sailing from the port include Disney, Princess, and Celebrity.

San Francisco: Ruby Princess will sail through 2023 from the port to the Mexican Riviera, and also to Hawaii, the California coast, Alaska and the Panama Canal. Other lines sailing from San Francisco include Carnival, Celebrity, Holland America and Norwegian.