You may also like
Dismiss
Mega-Chart: Compare Hurricane Sandy Cruise Line Compensation
5 Tips for Texas Cruises
When to Fly In for a Cruise
Embarkation in Jacksonville: Cruise Terminal Parking, Address and Amenities
Flying to Your Cruise: A Guide to Long-Haul Airports, Airlines and Flights
Best Months to Cruise the Mediterranean
How to Navigate the Airport on Cruise Turnaround Day
7 Ways for Seniors to Save on a Cruise
10 Reasons to Stay in Seattle Before Your Alaska Cruise
Why You Should Buy 'Cancel for Any Reason' Insurance for Your Cruise 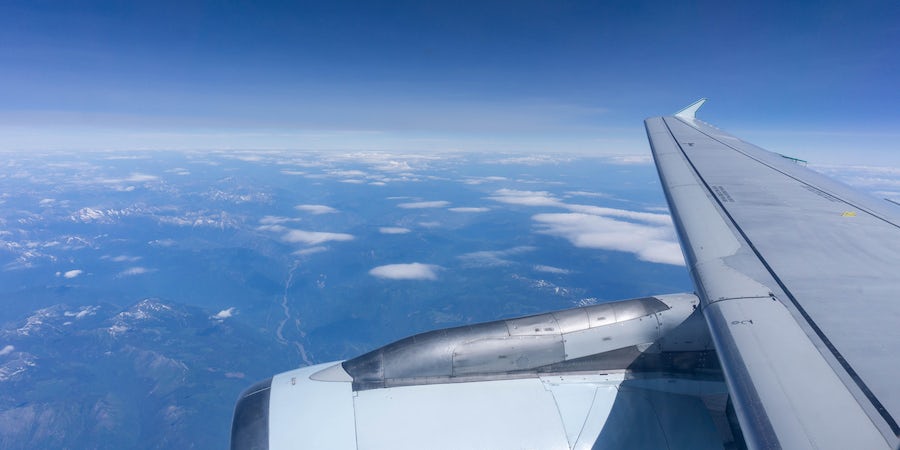 If there is one crucial piece of advice Cruise Critic has always staunchly advocated for, it is flying into your port of departure at least one day prior to the start of your cruise. It's a rule of thumb our editors practice each and every trip, and one that has saved us, over the years, countless instances of potential heartbreak.

In the global pandemic landscape, however, flying into your port of departure at least one day before the cruise begins isn't just a recommendation; it's an absolute must -- for more than one reason.

Take the events of October 2021 as a cautionary tale. Over the course of one weekend, Southwest Airlines was forced to cancel thousands of flights in the United States as a result of bad weather in Florida and air traffic control (ATC) woes that cancelled 29 percent of the airline's schedule in one day alone.

Reportedly, that left Southwest's planes and crews in the wrong locations. Once that happened, the misery quickly piled up at airports across the country. The airline cancelled numerous flights over the course of five days as a result.

Forecasted storms in Florida and ATC staffing issues in Jacksonville compounded the problems for other airlines, as well.

This isn't the only issue fliers have had to contend with recently. A Sabre outage (the primary software that handles flights for many airlines) cause significant disruptions for passengers on American, Alaska, Jet Blue and Hawaiian Airlines in May.  A system outage grounded numerous United Airlines flights in September.

Travelers who fly in "day-of" the cruise are left with absolutely no options when something like this happens. Often, there is no way to reach the port of embarkation, save for potentially buying a walk-up ticket for another unaffected airline at the airport's ticketing desk. And that can be a proposition more expensive than the cruise itself.

In 2019, folks who were bumped off flights or who faced delays and cancellations were typically accommodated a few hours later on another flight.

That isn't the case in this new pandemic world.

Airlines around the globe are still ramping up their services and increasing flights on their route networks. Cities that used to see, for example, daily flights to Miami might only have one or two per week now -- and those flights are likely to be full to the gills with eager cruisegoers and holidaymakers.

United Airlines, for example, is increasing its flight schedule by 3,500 flights just to keep up with the demand for travel in the winter of 2021-2022.

Until that ramp-up is complete, however, demand will continue to outstrip supply on many routes. If you happen to be lucky enough to be flying from two major cities -- Miami to New York, for example -- this probably won't affect you. But if you're coming from a smaller town or a city requiring connecting flights -- the next available flight might very well be the following day, not hour.

If all of this sounds frightening, factor in the reality that that winter is on its way. Winter storms can wreak havoc on flight schedules at the best of times, and even those who aren't in winter-prone areas can be affected. If you're flying across country but your plane is stuck in Toronto or Chicago due to snow, forget it -- a spare aircraft (and a crew to fly it) may not be in the cards.

Flying In The Day Before: The Best Insurance Policy

To be fair, flying in a day early costs money. You'll have to pay to stay at a hotel at or near the port of embarkation, which can be a costly endeavour in some cities (we're looking at you, Vancouver and New York).

But after having paid thousands of dollars and waited months upon end to be back on the seven seas, isn't a few hundred dollars for a hotel and a few meals worth it to be able to be assured that you'll arrive at the pier on-time, regardless of whether there's snow in Minneapolis or ATC issues in Jacksonville?

Arriving a day early is the best form of insurance you can provide yourself with to ensure you'll board your ship on-time.

It was a good idea in 2019. It's practically a requirement these days. Take our advice and roll the dice in the shipboard casino instead of gambling with your pre-cruise travel plans.