You may also like
Dismiss
7 Things You Can Only Do on Carnival Vista
Havana Cabanas on Carnival Vista and Horizon
Vibe Beach Club on Norwegian Cruise Line
What Is a Cabana on a Cruise Ship or Private Island?
9 Reasons to Get Excited About Marella Cruises' Marella Explorer 2
Pictures of Carnival Panorama
Pictures of Norwegian Encore
10 Things You Should Never Do on a Cruise Line Private Island
Cruise Critic Members Shout Out a Few of Their Favorite Crew
Everything You Need to Know About Ocean Cay MSC Marine Reserve, MSC Cruises' Private Island 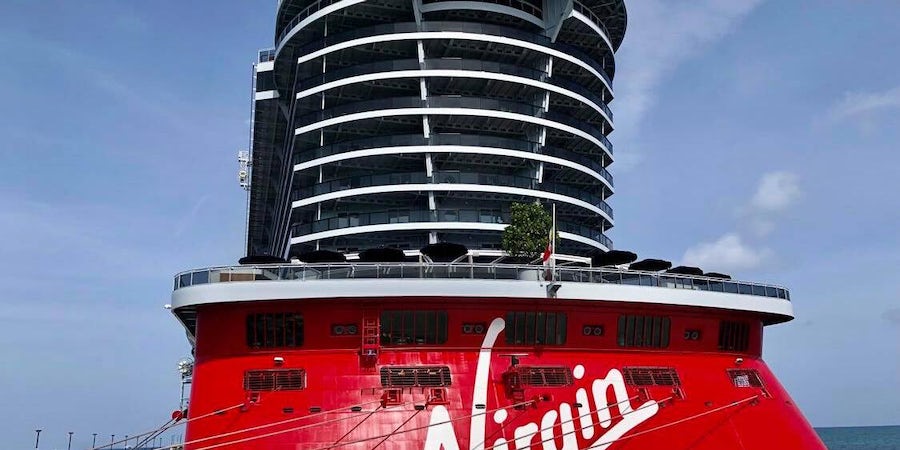 What makes the perfect beach club?

It's a question that every cruise line has tried to get right in their private islands throughout the Caribbean, but particularly in The Bahamas. While there are some elements that remain the same for all cruise lines -- unreal-looking turquoise water, delicious food and plenty of lounge chairs -- there are others that need to be specifically tailored for that line's demographic.

In Bimini, Virgin Voyages has done a good job of getting most of the factors right. While the Bimini Beach Club is not a private island -- parts of it are also used by other cruise lines -- Virgin has created a place that's all chill, with a few twists meant to appeal to the ships' demographic -- and in keeping with the line's promise to do things different.

Scarlet Lady set out from Miami on its "MerMaiden" voyage on Saturday; this is the ship's first call at the line's private beach club. Here are some things you'll want to know when considering a Virgin Voyages cruise that stops at Bimini Beach Club.

Information here is based on an October 2021 sailing, and may change.

You Need To Take a Tram

Bimini Beach Club is part of the expansive Resorts World complex, which includes a Hilton hotel and timeshare properties. Don't worry, Virgin's beach area is separate so you won't share the club with these other guests. (Other cruise lines, such as Crystal and Carnival,  occasionally use parts of the beach club too, but not when Virgin is in port and not with the Virgin touches).

The beach club's location means that unlike most cruise line private islands, you can't just get off the ship and be at the beach. Bimini Beach Club is several miles away from the ship and not really within walking distance (particularly in The Bahamas heat). Trams run on a regular basis -- we never waited more than a few minutes. The ride is about 15 minutes long, so if you have a specific event at the beach club that you want to do, take this time into account.

The Bimini Beach Club has two large Lagoon pools, with a bar at one end and a DJ booth at the other. Servers take drink orders, but we found them to be a bit overwhelmed at peak times (keep in mind, we were on the first revenue cruise; service issues usually resolve themselves after a few sailings). The pools have a loungers within the water, as well as plenty of real estate around. There's no problem finding a place to sit here (although if you want a coveted basket swing near the bar, you'll be waiting a while).

The beach has gorgeous white sand and the water is postcard perfect blue with a sandy bottom; you won't need water shoes. Even at the beach, grabbing that Instagram moment is top of mind; there were mini lines for people to sit on the four Virgin-branded water swings.

You'll want to go early for the best beach loungers; while there are cushioned clamshells and daybeds, these aren't always in the shadiest areas. When we arrived at 11 a.m. in the heat of the day, chairs with shade umbrellas were at a premium and it was hard to find a spot (and our ship was at half capacity). Shade at the beach could be an issue once capacity ramps up.

Virgin intends their beach club to be a place where the vibe changes throughout the day. To that end, early risers can head over to the beach for yoga in a dedicated space. The music also adjusts as the day goes on. When we headed over around 11 a.m., the club was in chill out mode, with lower volume music (which was highly appreciated after a late night onboard).

An "Adult Camp" was on the schedule during our visit, where people were encouraged to form teams to play games like Capture the Flag and Tug of War. This seemed sparsely attended on our sailing; most passengers seemed content with the same "drop and flop" routine that you find at other cruise ship private islands.

As the day went on, the music became a little louder and a bit more energetic. Glamourous ship mermaids and mermen came in the afternoon to lounge around the pool's edges, for that extra Virgin vibe.

Virgin has touted the fact that its beach club is open late into the evening, but other than the bonfire -- see below -- we didn't see a reason to stay too long after sunset. The line expects to have special DJ events at the club on certain sailings -- the names Diplo and Mark Ronson were thrown out -- but the pandemic has meant that scheduling them has been difficult. Expect these to be on select sailings, but not the norm.

You Can Use Ship Wi-Fi and Bar Tab

One perk that we love about Virgin is that Wi-Fi is included in your cruise (and it's generally pretty good). The free Wi-Fi extends to the Bimini Beach Club, so we were able to instantly send those afore-mentioned swing selfies immediately back home to make our friends jealous.

Virgin Voyages doesn't have the typical drink package. Instead, "sailors" – the line's name for passengers -- can buy a Bar Tab of a certain amount, which usually also gives you extra credit. The Bar Tab can be used at the Bimini Beach Club so you won't end up with two bills. For those who don't have a Bar Tab, the wearable bracelet that you use on the ship to open your cabin and buy drinks also works at the beach club.

Lunch begins at noon and runs until 3 p.m. Unlike other islands, it's not a buffet. You go up to a counter and order instead, which we appreciated in this pandemic era. After 3 p.m., the menu switches to heavy snacks.

We enjoyed most of the lunch items, which ranged from a delicious watermelon and jicama salad and refreshing conch ceviche to Caribbean chicken curry and banana leaf steamed snapper. Dessert is fruit salad and rum cake. Since Virgin is adults-only, meals in general have a modern and upscale vibe -- you won't find chicken fingers here.

We didn't eat here in the afternoon, but we did see a whole roasted pig being taken off a grill, which certainly boded well. It's a bit surprising that dinner isn't served, given the beach club is open late. But we were told by ship execs that while showers and changing rooms are available, most sailors leave the beach club after sunning and change before coming back for evening activities, as opposed to staying there all day.

Yes, There Are Cabanas

It's not a cruise line private island without the opportunity to upgrade into your own cabana. The Bimini Beach Club has a selection, with choices ranging from near the lagoon so you can hear all the music and watch what's going on to ones that are farther away for more peace and quiet. Most cost $350 for the day and you can bring up to six people.

In terms of cabana perks, there are a few. The first round of drinks, up to $100, is included, along with a dedicated server for the cabana area. You also get special golf cart transport to your cabana, as opposed to the larger tram. The cabanas contain a double day bed, two cushy beach chairs, a coffee table and drinks cooler.

Is a cabana worth it? That's up to you. We generally find cabanas to be a better value if you have a group to share them with. Keep in mind that these cabanas have a thatched palapa-style roof and are open on one side, so while you do get some shade, they aren't the air-conditioned respite that you find on some private islands.

For sailors booked in the ships' RockStar suites, there is a special VIP area at the Beach Club just for you called Richard's Retreat (after Virgin founder Richard Branson). The lounge chairs are a little nicer here, we noticed, and it seemed like a higher percentage had shade umbrellas. There's also a private bar and your lunch is brought to you by dedicated servers.

There are cabanas here in the Retreat too, with a limited number available to book for non-suite guests.  There's not a huge difference in price or amenities here, however, so there's no real reason to book one of these cabanas over the other ones closer to the pool, unless you really want more privacy and the feel of a more intimate area.

If lounging around the pool or beach isn't your thing, there are shore excursions that you can book outside the Bimini Beach Club -- and from what we heard, sailors who did them said they met or exceeded expectations.

Bimini is known for sport fishing, and if you want to book a charter, you can, for a price. Scuba and snorkeling trips are also available, with options that include a visit to the Sapona shipwreck and swimming with nurse sharks.

Whether you do a shore excursion or just stay at the beach, do not miss the opportunity to get into the ocean. The waters around Bimini are some of the best you'll find on a Caribbean cruise.

Three large metal fire orbs decorated with Virgin's signature octopus/squid tentacles are scattered around the Beach Club. At 7 p.m., these were lit, providing a lovely effect. On our sailing, a band of acoustic musicians circulated, playing songs such as "Sun King" and "Fire."

We came back to the beach club from the ship to witness the lighting, and it was lovely to see the area at night, lit with fairy lights. Some kind of snack would be welcome, if the line wants people to linger. Also if you're planning a sunset lounge, bring bug spray, as no-see-ums come out as it gets dark.