You may also like
Dismiss
Best Shore Excursions in 30 Caribbean Cruise Ports
Bermuda vs. Bahamas
Hate Caribbean Cruise Crowds? Avoid the Masses in Popular Ports
Swimming Pigs Excursion on a Bahamas Cruise
Sail Here, Not There: Avoiding Overtourism in Cruise Ports
The World's Best Beaches to Visit on a Cruise
Best Shore Excursions in 30 South Pacific Ports
The Pros and Cons of a Port-Intensive Cruise
6 Best Cruise Ports for Hiking in the Caribbean
10 Best Beaches in Mexico for Cruisers 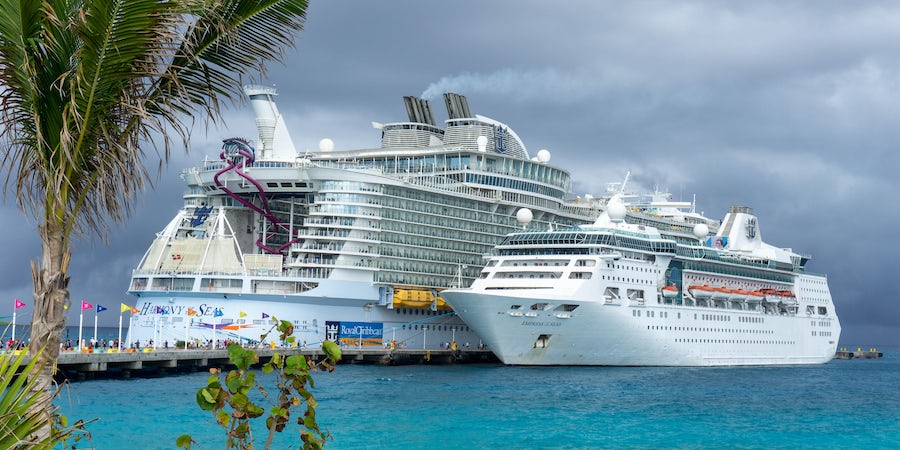 Where We Love To Cruise: What's Changed in 25 Years?

Where in the world do you want go? Over the past 25 years, the number of cruise ports have greatly expanded; ships now go from high Arctic to Antarctica, and everywhere in between. You can truly visit all seven continents by cruise ship.

Some favorite itineraries have remained tried and true, though, even if some ports themselves have changed.

So close to Miami, with so much to offer -- it's no wonder The Bahamas have proven popular with cruisers over the decades. While ships have ferried tourists between south Florida and The Bahamas since Henry Flagler's time in the 1890s, actual overnight cruise service goes all the way back to 1935!

Beyond the private islands, more cruise lines are branching out to ports beyond Nassau. Long a haven for sports fishing, Bimini is becoming popular with beach lovers; it's a stop on itineraries with Carnival, Crystal and Virgin Voyages.

The Mexican Riviera long has been associated with cruising, going back to "Love Boat" days. Back then, it was Acapulco that served as the region's linchpin, thanks to a glamorous history of attracting Holllywood celebs.

Today, it's Cabo San Lucas that shines for most people on a Mexican Riviera cruise (although personally, we love Puerto Vallarta just a bit better). Just about any type of excursion you want to do is available in Cabo, and for those who just want to chill, there are plenty of beach bars, resorts, restaurants and shopping to keep you occupied.

Don't sleep on Ensenada, either. Although the port doesn't have the same A-List cachet as others, the Mexican wine region is gaining more accolades every year. As the West Coast continues to attract bigger and better cruise ships, we predict you could see more attractions coming to this Baja port.

The Caribbean and cruising go hand in hand, like peanut butter and jelly, lime and the coconut, rum and coke. What's interesting is that the popularity of some ports has risen and fallen, due mostly to technology and larger ships.

St. Thomas in the U.S. Virgin Islands has been a mainstay the past 25 years -- and with the ability to handle some of the world's biggest ships, as well as a variety of things to do ashore, the port will continue its popularity for years to come. St. Maarten and San Juan, too, are perennial favorites.

Some ports have lost ground. Grand Cayman in the Cayman Islands used to be a mainstay of Caribbean cruising. But as ships became bigger -- and other islands courted cruise lines by building docks that could handle more passengers, as opposed to making them tender -- other ports such as St. Kitts became more popular.

Alaska has been a draw for cruisers for decades; Princess celebrated its golden anniversary there in 2019, and in 2022, Holland America Line will mark 75 years. The marquee ports of the Inside Passage -- Juneau, Skagway and Ketchikan -- remain as popular now as they were when Cruise Critic started.

What's been interesting to see is smaller towns in the 49th State attract the cruising trade. Sitka just opened a cruise terminal that's capable of attracting some of the largest ships visiting the state. Icy Strait Point, a port developed in conjunction with Alaska's native population, gets better with more attractions every year.

Visiting the interior on cruise tours has also become more sophisticated over the years. The lodge complexes run by Princess Cruises and Holland America have received overhauls that make them some of the nicest properties in the state. Holland America has also continued to offer Yukon as an extension, which allows travelers to visit Dawson City and Whitehorse.

Seeing the Mediterranean by cruise ship has always been a fantastic way to get your feet wet in Europe. You get the option to visit some of the continent's grandest cities, without the hassles of extensive overland travel.

Rome and Barcelona, as well as Athens and Istanbul, have always been crowd-pleasers -- and always will be. What's been interesting and will continue to be more so, is how the cruise lines are dealing with issues of overtourism in popular ports.

The walled Croatian city of Dubrovnik remains crowded in 2021, even with fewer ships stopping there, thanks in part to Game of Thrones tourism. Cruise lines have teamed up to make sure that stops here are staggered, while also highlighting alternatives in the region such as Zadar.

And the future of Venice as a cruise port continues to be in flux, as debate rages over the impact of cruise lines visiting the historic city. It's a safe bet that cruise lines will continue to develop embarkation ports close by that allow passengers to view and enjoy La Serenissima before or after their sailing, while still keeping the foundations of the city intact.