You may also like
Dismiss
5 Things You’ll Only Find on Holland America
Holland America's Koningsdam vs. Nieuw Amsterdam
Holland America Cruise Line History
8 Exhilarating Shore Excursions
Top Cruise Destinations 2020
Alaska Towns, Cruise Lines Prepare for Launch of 2021 Summer Season
Can You Work From A Cruise Ship? Our Tips for Working Remotely at Sea
Will the Alaska Labor Shortage Affect Your 2022 Cruise? Probably. Here's How to Cope
Flying to Your Cruise: How to Travel This Summer Amid the Chaos
2022 Alaska Cruises Are Going Strong, But Supply Chain, Employment Issues Remain 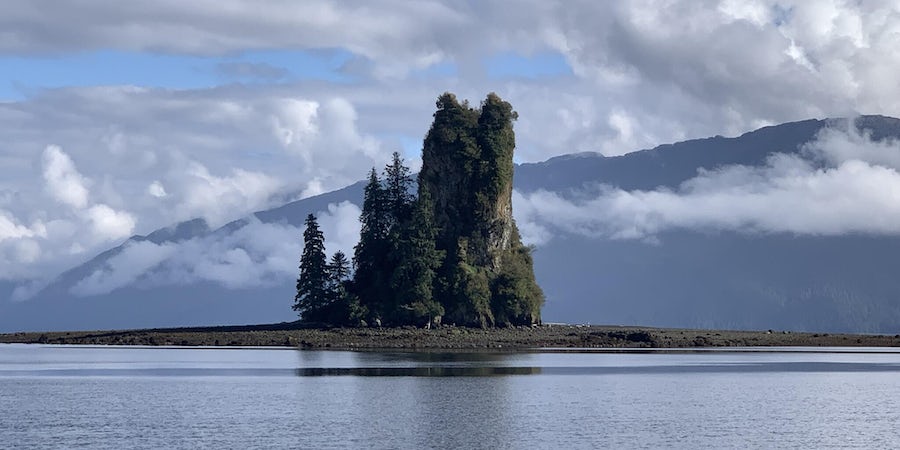 Why Now? Pandemic Passengers Weigh In With Their Reasons for Cruising to Alaska

A group of people crowded around the aft pool deck of Holland America Line’s Nieuw Amsterdam on Labor Day as the ship approached Juneau, Alaska, binoculars trained on the misty, calm waters searching for any signs of whales.

A woman from Missouri announced she’d seen 25 whales on the trip already. It was her first time in Alaska. She and her sisters had come on the cruise as part of an annual family vacation tradition, formerly planned for 2020. At the last minute, their elderly mother had backed out due to concerns over COVID-19, but the sisters forged ahead.

Nieuw Amsterdam was one of the first ships traveling to Alaska following a delayed start to the season (and no Alaska cruises at all in 2020), and passengers were elated to be back on board. Many were checking off a long-awaited bucket list destination (one woman had visited 49 of the 50 states prior to this trip), and others were returning to their favorite destination.

A few hardcore cruisers onboard, according to Captain Jeroen Baijens, were already on their second- or third week-long voyage -- in the mere six weeks since the line had restarted its Alaska itineraries.

Holland America, like other cruise lines, has implemented new precautions to try to keep passengers and crew safe from COVID-19’s new variants: mandatory vaccinations were required, as well as medically supervised documentation of a negative COVID-19 test. Additionally, masks were required to be worn throughout the ship and were strongly encouraged in Alaskan ports.

Bailey Ryan and Justin Fischer of Minneapolis were traveling with Ryan’s grandma and great aunt, both in their 80s. It was Ryan’s and Fischer’s first cruise. They said the vaccine mandate played a key role in their decision to stick with their original plan to cruise.

"Our original cruise was scheduled for May of 2020, so obviously that was canceled," said Ryan."Then we rebooked this one when things got a lot better in the states, in July. In the weeks leading up to it, I was super nervous—I spent the last year and a half trying to keep two elderly women alive and now we’re going to bring them on a cruise ship? But we’ve felt really safe. There’s plenty of room to spread out. A lot of times we’re up here and there’s nobody around."

Nieuw Amsterdam was sailing at approximately 75 percent of its 2,160-passenger capacity, and rarely felt very full. Deck chairs were plentiful, and queues for meals or activities were rarely an issue. For the most part, passengers wore their masks except while eating and drinking. We saw masks on passengers knitting or playing cards in common areas on deck, or watching the performances in the Mainstage Theatre.

Hit hard by the pandemic, southeast Alaska’s tourist-reliant economies received a double punch from the lack of cruise passengers in 2020 and 2021, on top of the health crisis impacting the lower 48 states. An estimated 90 percent of people who visit this area of Alaska do so by cruise ship, and their absence was acutely felt by locals.

But as Americans eager to travel flooded into aspirational destinations like Hawaii in the later months of the pandemic, Alaska and the cruise industry was largely stymied by the Passenger Vessel Services Act, which required foreign-flagged vessels (most cruise ships) to call on a foreign port while traveling to U.S. destinations like Alaska.

The typical foreign ports -- in British Columbia, Canada -- were off limits, due to restrictions from Transport Canada banning cruise ships through the end of the season from Canadian waters. A piece of temporary legislation signed by President Biden in May enabled Alaskan cruises to restart their engines and fill their itineraries with exclusively Alaskan ports: Juneau, Sitka, Skagway, Ketchikan, and Icy Strait Point among them.

One passenger told us she took a certain pride in traveling to this exclusively U.S. destination, showcasing the beauty of the American landscape.

Onboard Nieuw Amsterdam, passengers were treated to educational offerings featuring indigenous speakers and naturalists, pointing out the rich cultural and natural treasures awaiting them in the Last Frontier.

One of the legacies of quarantine during the COVID-19 pandemic was the social isolation many people experienced. Cruising to reconnect with family members, friends, and even strangers all seemed to make for an even livelier cruise experience aboard Nieuw Amsterdam.

That was true for passengers and crew alike.

"When the ship was in startup mode, when the team members were returning to work, it was all joy, because you saw people coming back who were happy to go back to work" said Capt. Baijens.

"We’re known for having very loyal guests -- and they also waited a year and a half. They rescheduled their cruise and waited again, and got rebooked. And now they’re on board again, and they’re all so happy to be back."