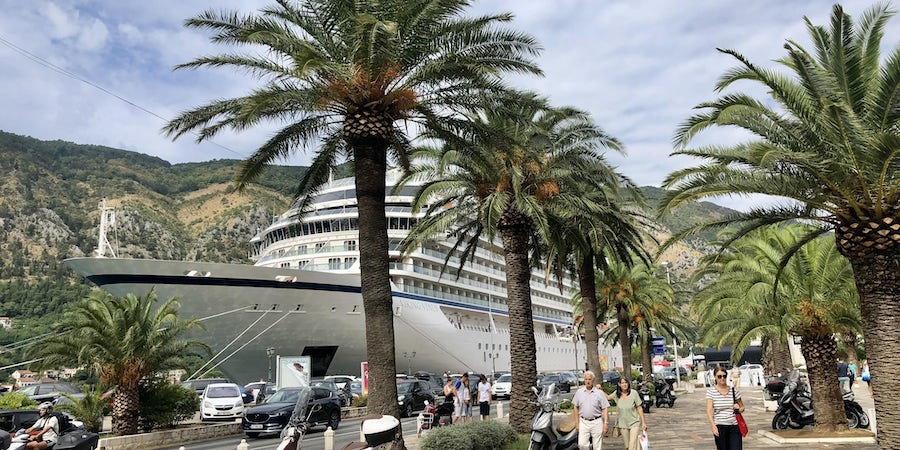 What is the secret to a well-designed cruise ship?

There's no one answer, of course, but versatility plays a role. As a passenger, you want to be on a ship that has as much to offer on a sun-soaked itinerary as it does during rainy weather. And cruise lines want the flexibility to be able to move ships around to different climates and countries, particularly during a pandemic when limited ports are availability.

Maybe that's why Viking's ocean cruise ships have done so well managing their return to service with 'Welcome Back' itineraries based in three different countries -- Iceland, Bermuda and Malta.

I've spent the last 10 days onboard Viking Venus, the line's latest ocean cruise ship, which looks almost exactly like the other five currently in service. (Read my previous stories on Viking's health protocols and their new onboard COVID-19 testing lab). Yet in some ways, I saw the ship in a new light -- a sun-dappled one.

On my past ocean cruises with Viking -- a winter Western Mediterranean on Viking Sky and a misty June in Scandinavia on Viking Jupiter -- the cozy aspects of the ship were what appealed most.

The LivNordic Spa -- included in the fare -- with its hydrotherapy pool, steam rooms, saunas and faux fireplace, became a main sanctuary. The hygge level was high enough in the Explorers Lounge that I fell asleep under one of the fur pelts (perhaps because I over-carbed with Viking's trademark heart-shaped waffles from nearby Mamsen's).

On Viking Venus in the warmth of the Mediterranean, however, the action shifted outdoors. The back of the ship, where the World Café bar opens onto a spectacular Infinity Pool, became the place to be during the day. I had never really used this pool before, and was pleasantly surprised to find coffee-flavored granitas and cool towels delivered to my lounger.

The main pool deck was also heavily trafficked, particularly after the morning excursions came back. The Pool Grill has the distinction of offering substantial burgers and sandwiches, and stays open until 2:30 p.m. Afternoon snoozes on the shaded loungers seemed common.

The heat of the day also curbed our appetite, to an extent (although trust me, I still managed to eat several Mamsen's waffles over the trip). The sushi counter in the World Café has always been a hit, and in the warmer weather, we wanted to have the fresh seafood even more often. Grazing while watching the sunset, a drink in hand, from the back of the ship is a pleasant habit in the Med -- or any warmer climate where Viking might choose to deploy its ocean cruise ships.

Speaking of the Med, we can't say enough about the itinerary, which came together out of necessity but should remain out of sheer fabulousness.

Every other cruise line picked Greece for their European Med return. Viking went in another direction by chosing to homeport in Malta, with two itineraries: one that does go to Greece and the other that focuses on Croatia's Dalmatian coast, along with a few other stops.

I was on the latter, and found it full of delightful surprises. Every stop in Croatia was chock-full of UNESCO World Heritage significance, as well as excellent food and wine, should you choose to have lunch in town (Croatia did not require us to be in "bubble" excursions). Dubrovnik is overcrowded, even during a pandemic, but we still had an excellent guide who took us around the city walls.

The approach into Kotor in Montenegro is often described as one of the most beautiful in cruising, and Viking encouraged passengers to get up early to see the whole thing. (Unfortunately, Montenegro no longer appears on the itinerary, due to the UK putting it on its red list). Our brief time here made us eager to come back.

Finally, Malta itself was a joy. While the island itself has limited airlift, the cruise line has chartered a Lufthansa flight from Newark to Valletta, a partnership that Viking Chairman and CEO Torstein Hagen saw as a possible harbinger for other future collaborations. Malta also helped to secure COVID-19 vaccines for Viking's crew members and were easy to work with as a destination, we were told.

One of my favorite days of the trip came on the last, when Viking Venus docked in Gozo, a smaller island in the Maltese archipelago. You didn't know there was more than one island in Malta? Neither did I, before I came. This itinerary offered the added charm of causing me to pull out a map to look up a new place.

We signed up for the Comino Sail & Swim, which included a visit to the Blue Lagoon (on yet a third Maltese island) and scenic cruising of the cliffs where The Count of Monte Cristo was filmed. It ended up being one of those perfect day trips, where the brave jumped off the small sailing ship into the refreshing water below and the rest of us splashed around happily. More of this, please, if Viking puts this itinerary back on its schedule.

And that's been the beauty of the line's Welcome Back cruises, which end in October as Viking resumes its previously-published schedule of itineraries. All three countries offered the Viking loyalist a new destination to explore safely – most passengers on our trip were return customers and, in typical Viking fashion, were already well-traveled and eager to return to the sea.

The itineraries also gave the line instant feedback not only on their new health protocols, but also on new destinations and itineraries that could become repeat winners for the line. It's likely not a coincidence that the line's next new ocean ship, Viking Mars, is set to be christened in Malta next May.

For those of us onboard Viking Venus, a new ship in a new homeport on a new itinerary put a bit of fizzy incentive into traveling during uncertain times. I felt like I was on an adventure again. And isn't that what we all want to feel after months of canceled plans and delayed gratification?