You may also like
Dismiss
15 Things That Drive You Nuts on a Cruise and How to Be Zen About Them
7 Deadly Sins of Cruising and How to Rise Above Them
Freedom Dining on P&O Cruises
23 Things Cruisers Love to Complain About
50 Years of First Royal Caribbean Cruises
Cruise Policies & Inside Information
6 Cruise Memories That Will Warm Your Heart
Cruise Critic Members Shout Out a Few of Their Favorite Crew
Will I Have to 'Social Distance' on My Next Cruise?
Your Favorite Cruise Ship is For Sale? Here's Why You Shouldn't Panic 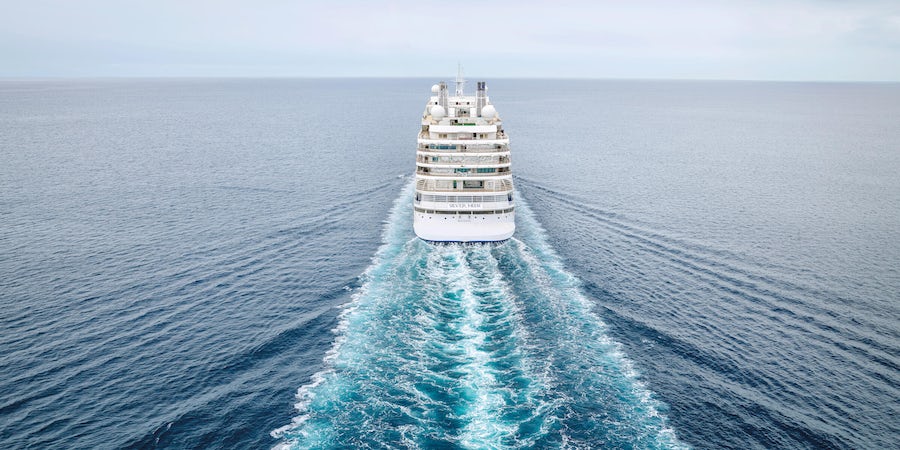 No matter what year it is, from the site's founding in 1995 to today, there have been certain topics that keep the Cruise Critic message boards hopping with well-intentioned -- and sometimes heated -- debate.

Usually these hot forum topics have no one single right or wrong answer but that doesn’t keep people from jumping into the (mostly good-natured) fray. If things ever get personal or out of hand, our eagle-eyed Community hosts, led by Laura, are quick to step in.

In no particular order, here are the cruise topics that over the past 25 years seem to get the most comments, time and time again.

Who to tip, how to tip, when to tip – and the all-important how much to tip are topics that always spark endless debate.

In the early days of Cruise Critic, the subject was more open to interpretation. Tips were usually given directly to room stewards or a particular waiter, simply because you had been sitting at their table for the entire cruise.

But this system didn't work as well when cruising became a more international pastime, as other cultures aren't as familiar with tipping. Plus the advent of specialty restaurants and "your time dining" meant that people didn't have the same servers for the entire cruise – and so were less likely to tip.

Most large cruise lines add gratuities for all crew to the room bill automatically now; the amount varies by cruise line and what level of cabin you have. Drinks and spa services also carry an automatic tip, usually 15 to 18 percent.

Cruise Critic readers remain generous. Many of the current debates on tipping now center on how much you should tip, above and beyond the required amount. And if someone asks how to remove tips from the bill, expect righteous fire from people who love their crew – and will stand up for them.

Got your own tip? Read this.

What's a chair hog, you might ask? These piggy beasts have been around since the first cruise ship set sail, leaving their belongings strewn across a prime sun lounger (or more than one) – and then never returning to actually use it.

People hate chair hogs, for the most part. And for good reason – there's nothing more irritating than coming to the pool during prime hours, only to find that every chair is marked, yet empty. Suggesting time limits is not enough to combat these piggies of the seas, many members contend. Cruise ships should actively allow deck crew to remove the belongings of offenders.

Is there ever a reason to defend a chair hog? Well, maybe – but your empathy might disguise your own porcine behavior. Is there anyone among us who has not slipped down to their cabin for a book or sunscreen, and taken their own sweet time coming back? Or gone out for ice cream and stayed away for a margarita (or two?) We see your hidden snout.

Packing for a cruise can be a struggle – and the cruise lines put out dress codes to try to make things easier. Yet it seems that simple questions about what to wear or not often blow up into a full takedown from the Fashion Police.

Once a staple of most cruises, Formal Nights have morphed more into an anything-goes approach, where people can dress as they want. New terms, such as Elegant Night and Resort Chic, have given people more options, if not more clarity.

What gets people upset these days? Jeans or shorts in the main dining room is sure to create a discussion. And you best leave those baseball caps in your room, at least at dinner time.

Indulge your inner Joan Rivers on this thread.

Cruising is a fantastic family vacation, with many lines doing more to cater to the small ones than ever before. Just look at the rise of expansive family suites and attractions such as waterslides on Royal, Carnival, MSC and – of course – Disney.

But on other cruise lines, particularly the more upscale and premium ones, many members would rather that kids are not seen, let alone heard. Everyone loves their kids and grandkids, it seems – just not anybody else's.

Even on lines that do embrace families, there's one place where many people absolutely do not want to see kids. If you guessed "hot tubs," congrats! Are children really more raucous in a hot tub than adults with a bucket of beer? We'll let the debate continue to bubble.

Soak it up on this thread.

Just as attitudes toward smoking have changed everywhere in the past few decades, so to have they morphed on ships. In the 90s, you might have had a substantial number of people supporting smoking, particularly on their balconies.

No longer. Nowadays, people cheer non-smoking policies, particularly when they are instituted in casinos. The questions that arise now often have to do with vaping (yay or nay?), outdoor areas for cigar smokers (depends on the line, but generally yes) and – occasionally – someone asking if they can bring medical marijuana, recreational cannabis or CBD onboard (no, despite legality in many US states).

Butt in on this thread.

Loyalty has its privileges, as we all know, and reaching Pinnacle or Diamond or Ambassador level comes with various honors both small -- a cookie! -- and big -- free drinks!

People keep track of their status and nothing lights a fire on the Cruise Critic boards more than a change to the loyalty program that seems fishy. We totally get it. It's frustrating to spend money with one cruise line for years and then have the rules changed on you, right when you've attained the next level of perks.

In this way, the loyalty program threads keep the cruise lines honest. Not all heroes wear capes.

Find out what you deserve on this thread.

What's the most important thing about a cruise? If you answered where you're going…you're wrong. Most people, without a doubt, care the most about what kind of food options they have, how much choice there is and how delicious things are going to be.

Cruise Critic threads on food range the entire gamut, encompassing everything from how many entrees and appetizers you can order to the hours of pizza availability to the flavors of soft serve. And don’t get anyone started on lobster. The clawed crustacean comes up in perhaps more discussions than any other entrée.

Our personal favorite food threads center around the ones where people pick their favorite dishes, complete with photos. There's nothing like a photo of an oozing warm chocolate cake to make you rethink that granola bar when you're sitting from home. Let's face it, food just tastes better in the sea air.

Dig in to this forum.