You may also like
Dismiss
Is an Expedition Cruise in Alaska Right for You?
Which Cruise Line is Best, Based on Myers-Briggs?
8 Best Noordam Cruise Tips
Why Abercrombie & Kent Is the Cruise Line for You
10 Ways to Fit in on Your First Luxury Cruise
Holland America's Oprah Cruise 2019: 5 Things That Wowed Us
The Most Exciting Ship Launches in 2020
Why Germ-Zapping Robots and AI Technology Could Be the Future For Cruise Ships
Can You Be Social On A Cruise, While Still Distancing? An Extrovert Reports
Virgin Voyages' New Cruise Ship Truly is Game-Changing: Live From Scarlet Lady 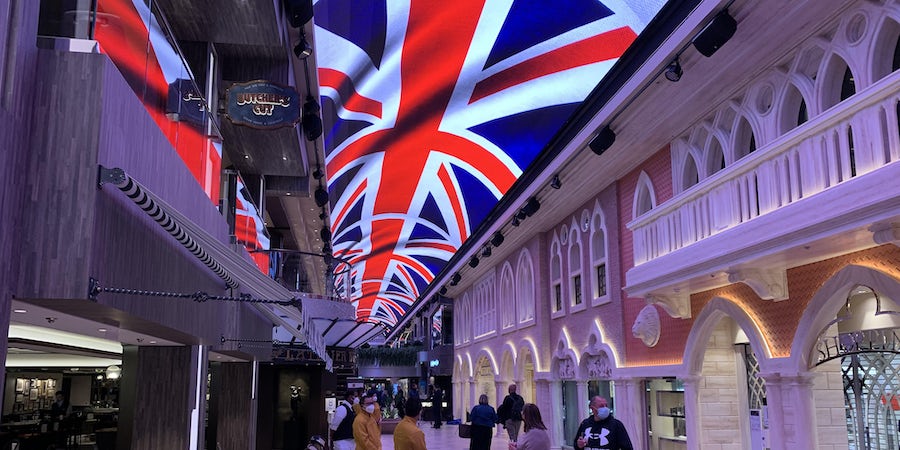 Why I Love Cruising On The Current Reduced-Capacity Cruise Ships: An Introvert Reports

I did a Myers-Briggs personality test several years ago as part of a work getting-to-know-each-other thing.

The night before we had all gone out for bowling, followed by drinks, followed by… karaoke.

And guess who was first up? Hogging the mic? Singing (badly)? Yes, guilty as charged.

So, it surprised a few colleagues when my Myers-Briggs identified me as an Introvert. Not a deep Introvert, but certainly on the I scale.

But how does being an Introvert square with belting out karaoke, whether it's at a bar or on a cruise ship?

Answer: I was with a group of people who I trusted and felt comfortable with, not strangers.

And that is exactly how I have felt being back on the ships.

I am now two cruises in since the restart, both round-England sailings onboard MSC Virtuosa and Celebrity Silhouette; and I am about to do a third -- my first abroad in a year -- Norwegian Jade out of Athens.

All these ships are sailing at a reduced capacity, depending on where in the world they are sailing. Carnival out of Texas has begun sailing at the upper limit of capacity, at around 75 percent full, whereas the U.K.-based cruise lines are at 50 percent. Greece-based Celestyal Cruises is even using it in its marketing material, as a reason to go right now.

And I agree with them – now is the perfect time to enjoy cruising if you dislike crowds. Here's why.

I love cruising, but there have been times on the big ships sailing full where I have felt overwhelmed by the sheer numbers of people.

My mind goes back to a very trying embarkation in Barcelona several years ago in a packed terminal and two hot and bothered tiny kids, one of whom had just had an accident. Let's just say it was stressful.

By contrast, on the last two cruises I have taken, I got a specific half-hour slot to arrive (which I chose). I did all the pre-embarkation admin, uploaded my photo, checked in and even did the safety briefing on the train.

When I arrived at the terminal, there was no one there. I breezed through security and I was from curb to cruise in less than 10 minutes.

Because so many tables have been cordoned off for social distancing and you are not allowed to mix with people not in your bubble, you never have to share a table! Yay!

While an Extrovert thrives on meeting new people, the introvert prefers a small group of close friends who they can catch up with, know well and feel completely comfortable with.

People are fascinating and everyone has a story, but if you are sat with strangers and the conversation is awkward or strained, there are so few people onboard these sailings, you might run into them again. So why risk it? Just enjoy being with the people you came onboard with.

No Chatting in the Elevator

One of my personal pet peeves (documented extensively on Cruise Critic) is making small talk. Whether that's in the main dining room, waiting in line or -- the worst -- in the elevator. The joy of cruising at the moment is that not only will you not have to wait ages for the elevator, or squeeze in with other passengers tutting, but the best thing -- you never have to share with strangers as there are clear signs limiting numbers.

It's the same story at Guest Services -- you don't have to stand in line listening to other passengers tell you all about their complaint.

No Chit Chat at the Bar

When I go to a bar to get drinks, the only person I want to make conversation with is the barman. Not a random guy asking me where I'm from. So the fact that you can't currently sit at bars on most ships is an absolute joy for me. It's table service only, and that suits me just fine.

Fewer people of course means less stress for the crew in dealing with passenger demands, and in theory faster service, though we have noticed that some ships are not fully crewed up and certain areas of the ship might be closed.

We have also noticed that crew are extra happy to be back onboard.

No Bumping Elbows in the Theater

One of the huge pluses on these reduced capacity sailings is you don't have to sit next to anyone that you don't want to in the Theater. Every third seat is cordoned off, so you only have to sit next to the person you are with (or if you are on your own, you get an additional seat space).

So no bumping elbows, or dealing with coughing or whispering or people squeezing by.

You know that space onboard where you go to get away from everyone? Perhaps it's where you head to to read a book or it's your watching the sun set undisturbed by others space? On these lower-capacity ships, you'll always find it.

Mine is the top deck of the "revolutionized" Celebrity Solstice-class ships, either side of the Sunset Bar. When it's full, I have to talk to/listen to conversations. When it's quiet, I'm alone with my thoughts, the wake and the sun set. Bliss.

No One Gets in Your Personal Space

Up there with making chit chat, this is one of my pet peeves -- people getting into my personal space. I love that social distancing is enforced onboard. If I had it my way, I'd enforce social distancing even when COVID-19 is history.

As we found on MSC Virtuosa, there is still cruise ship karaoke. And we partook, with our group. And the best thing about it? There were so few people taking part, that we got more mic time.