You may also like
Dismiss
The Earth Thanks You: More Cruise Ports Are Going Green
Delta Queen Hotel vs. Queen Mary Cruise Ship Hotel
Top 8 Long Haul Short Break Cruises
Coastal Cruise Tips
Sail Here, Not There: Avoiding Overtourism in Cruise Ports
6 Cruise Ports and Regions That Have Banned Sunscreen (and What to Use Instead)
The 10 Most Popular Episodes of “Cruising with Jane McDonald”
How To Cope With Cruising's Pause? Plan Far, Far Ahead
"Pent-Up Demand" Causes Growth In West Coast Cruises in 2021-22
6 Overlooked North American Homeports Worth Cruising From in 2022 And Beyond 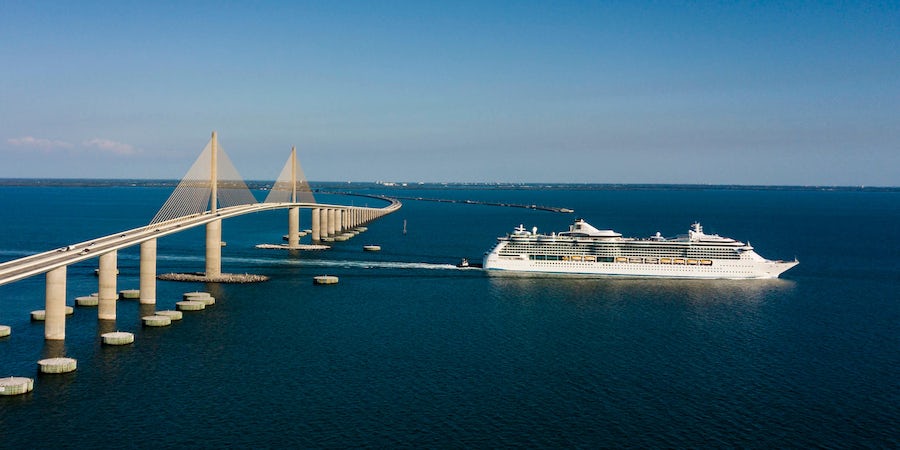 Cruise fans want to know – is their favorite U.S. cruise port open yet? And if it's not, when will the port reopen?

While cruises have already resumed from Miami, Fort Lauderdale and Galveston, other U.S. homeports are eagerly awaiting their turn to welcome embarking passengers back.

Here's a look at when cruises are expected to resume from a variety of U.S. homeports. These represent confirmed sailing plans as outlined by the cruise lines and are not based on previously published schedules issued pre-pandemic. They are, like most things, subject to change based on a number of factors, including vessel redeployment or postponement.

The port of Baltimore has not announced when it will reopen to cruise ships.

Cruises from the Port of Boston will resume on August 22, 2021 with roundtrip sailings to Bermuda aboard Crystal Cruises' Crystal Symphony.

The Port of Charleston has not announced when cruise ships will restart.

The port of Galveston reopened to cruise ships on July 3, 2021 aboard Carnival Vista.

Sailings from the port of Long Beach return on August 21 aboard Carnival Panorama.

Cruises from Los Angeles' San Pedro port will resume on September 25, 2021, with Princess Cruises' Grand Princess, which sets out for a five-night Cabo San Lucas getaway on that date.

The Port of Miami reopened to cruise ships on July 2, 2021, aboard Freedom of the Seas.

The port of Mobile has not announced when it will reopen to cruise ships.

Cruises from the port of Cape Liberty (Bayonne, New Jersey) will restart on September 5, 2021, aboard Oasis of the Seas.

Brooklyn's Red Hook Terminal has not announced when it will reopen to cruise ships.

Bahamas Paradise Cruise Line is set to resume voyages aboard Grand Classica from the port of Palm Beach on July 16.

Cruises from the port of San Diego officially restart on September 18 aboard Holland America Line's Zuiderdam, which sails a 7-Day Classic California Coast itinerary before switching to runs to the Mexican Riviera.

The port of San Francisco will reopen to cruise ships on October 24, 2021 aboard Ruby Princess, which sails a 7-night California Coastal itinerary.

The port of Seattle will reopen to cruise ships on Monday, July 19 aboard Royal Caribbean's Serenade of the Seas, bound for Alaska.

Cruises from Tampa have not yet been firmly announced. The first vessel appearing on the Port's cruise schedule is Carnival Paradise on October 31.

Cruise Critic will update this article with further information as more ports come back online.