You may also like
Dismiss
Hurricane Irma: A Look Back At the Storm
What Is a Royal Genie on a Royal Caribbean Cruise?
Will You Have To Wear A Mask On Your Next Cruise? Probably
Will I Have to 'Social Distance' on My Next Cruise?
How To Cope With Cruising's Pause? Plan Far, Far Ahead
Cruise Lovers Share "Why We Can't Wait to Sail Again!"
Step By Step: How to Submit Comments on Cruise to the CDC
Cruise 2021: Where the Cruise Industry Stands After a Year Without Cruising
Got Vaccine, Will Travel -- As Soon As Possible, Cruise Critic Readers Say
CDC Warnings, Quarantine Concerns Dampen Short-Term Cruiser Enthusiasm, Survey Shows 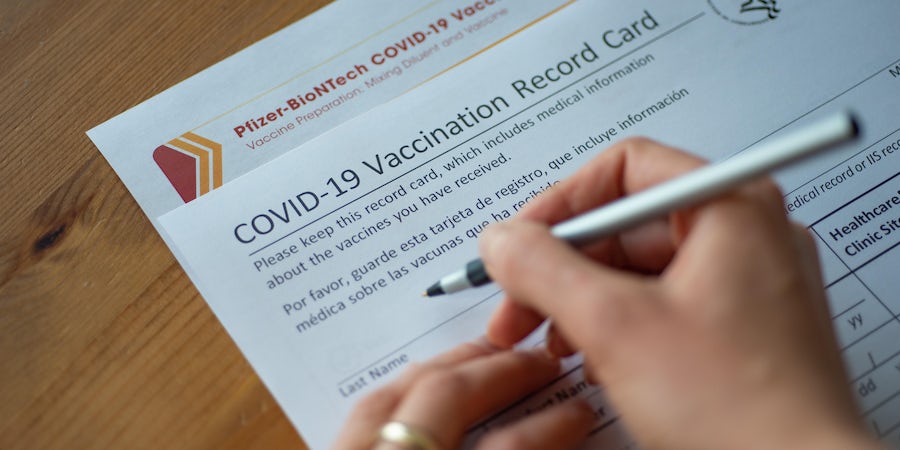 In a Cruise Critic reader survey, a whopping 80 percent of respondents would prefer to sail on a cruise ship with a vaccine requirement.

The top reason that people gave for preferring a vaccinated ship makes sense: 89 percent said they felt more safe sailing on a ship with fellow vaccinated travelers. Those preferring the vaccinated ships also want the more traditional cruise experience, without masks, social distancing and/or testing requirements, with 69 percent citing that as a reason.

Of the 4,036 people who preferred sailing on a ship with a vaccine requirement, a full 19 percent said that they received the COVID-19 vaccine specifically so they could cruise.

Slightly over 13 percent of the respondents said they would rather sail on a ship without a vaccine requirement. While most of those cruisers said that they were not planning on getting vaccinated, 21 percent said that they were traveling with others who were unable to get the shots, such as children under 12.

For those who preferred the vaccine requirements, most – 70 percent -- were comfortable not wearing a mask on a ship that had a mandate.

The CDC has said in its guidelines for cruise resumption that even ships without a vaccine requirement could set aside places, such as restaurants, bars, casinos, spas and other areas, just for vaccinated passengers.

The survey also found that 67 percent of all respondents would be ready to sail from the U.S. within the next six months. The Caribbean, as well as Bermuda and The Bahamas, were the top picks for first sailings, from 71 percent.

Wondering which ships and cruise lines have a vaccine requirement? Cruise Critic has a list. Also check out our breakdown of the CDC guidance for vaccinated vs. unvaccinated ships.