You may also like
Dismiss
Green Cruising
9 Best Cruise Lines for Boutique Excursions
Alaska Cruisetours: 6 Things You Need to Know
A First Timer's Impressions of a Caribbean Cruise
Best South Pacific Cruises for Nature-Lovers
10 Fun Cruise Ship Facts That Might Surprise You
Sail Here, Not There: Avoiding Overtourism in Cruise Ports
Are Dolphin Tours Humane?
48 Hours in Auckland Before or After a Cruise
Best Cruises We Didn't Take This Year 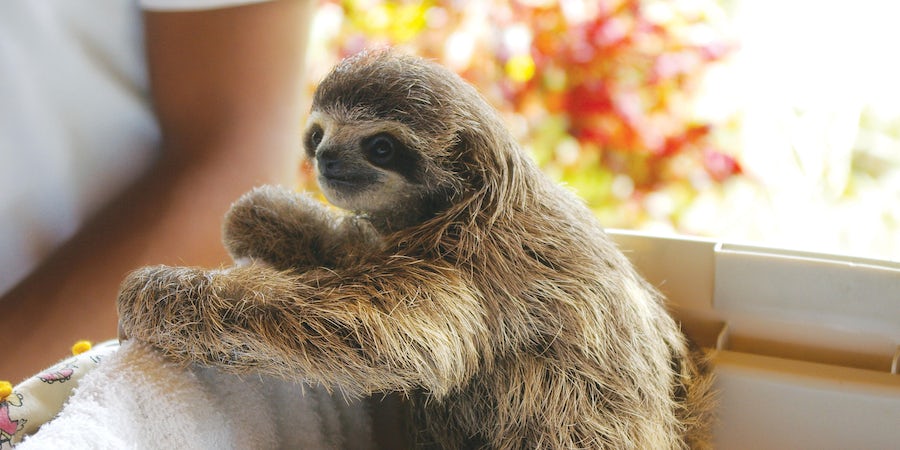 At one time swim-with-dolphin excursions were sold by many major cruise lines as once-in-a-lifetime opportunities to interact with these loveable creatures and elephant rides appeared to be an authentic way to experience shore tours in Asia.

However, increasing welfare awareness and research has revealed that many of these trips are far from ethical and animals are not treated humanely. Captive dolphins and whales -- which swim around 40 miles a day and dive to depths of hundreds of feet -- are snatched from the wild from their mothers before being confined to concrete pools, and baby elephants undergo a brutal "training" regime called the crush in order make them submissive to be ridden. Elsewhere, donkeys and mules used to transport tourists at destinations including the Greek island of Santorini and Petra in Jordan are frequently neglected, overworked and there is no maximum weight limit for riders.

TripAdvisor (which owns Cruise Critic), and its booking service Viator, no longer sell tickets to attractions that include swimming with dolphins, elephant rides and places where wild animals can be petted, such as those masquerading "sanctuaries" where tigers are drugged and chained so visitors can take selfies with them.  Similarly, the Cruise Lines International Association (CLIA) has backed campaigns by equine welfare charities to encourage visitors to Santorini to walk or use the cable car rather than donkeys and mules to reach the steep capital of Fira. Charities including World Animal Protection have also condemned attractions where animals such as sloths suffer severe stress from being picked up and hugged for photo opportunities.

However, there are plenty of alternative excursions where cruise passengers can observe animals and even interact with them in ways that don't impact their welfare. Here are some ideas which can be booked through cruise lines, Viator or local tour operators:

The thrill of seeing dolphins in their natural environment is a breath-taking experience and really drives home how far and fast these marine mammals swim in the wild. These sociable and playful creatures often choose to swim in the bow waves or wake of the boat and jump out of the water in pairs or groups. There are numerous places around the world to see them including Madeira, The Azores, Hawaii, Canary Islands, Florida Keys and Kaikoura, in New Zealand's South Island which is home to the rare Hector's dolphin. If you book a trip individually make sure it is with a reputable company that abides by a code of conduct which includes not interrupting their normal behaviour by getting too close or chasing them.

The leviathans of the sea are awe-inspiring.  Each winter thousands of humpback whales travel to the shallow waters off Hawaii to mate, give birth and raise their young. This makes the Hawaiian Islands Humpback Whale National Marine Sanctuary one of the prime spots to see whales from the shore and sea. Other top destinations include cruises that stop at Vancouver, Reykjavik, The Azores and Dominica. On sailings to Alaska, Iceland and Greenland you're also likely to see whales from your cruise vessel and eagle-eyed officers will make an announcement if they are spotted. Fred. Olsen Cruise Lines has partnered with the marine wildlife charity ORCA, with volunteers joining selected sailings to destinations including Norway and Iceland, to locate and observe whales and dolphins and provide passengers with the chance to take an active role in marine science and conservation.

Billed as the first ethical elephant experience of its kind, the Phuket Elephant Sanctuary offers a home to former logging and trekking elephants, plus sick and injured animals that have been rescued. It's worth noting that some Asian attractions are described as sanctuaries and rescue centres but the elephants are still chained at night and used for rides, so check before booking. At the Phuket sanctuary the elephants roam free in a lush 30-acre setting and aside from feeding them pineapples and bananas there is no other interaction with visitors. Whilst some elephant centres offer the opportunity for people to bathe with elephants the sanctuary says this can be stressful and impede the animals' natural behaviour and instead they can be observed from a lookout next to the water lagoon.  Other alternatives include going on safari to see elephants in the wild, such as in Addo Elephant Park in South Africa where excursions from nearby Port Elizabeth are offered by lines including Norwegian Cruise Line.

Situated inland from the port of Belize, the Community Baboon Sanctuary was founded in 1985 to help protect the country's black howler monkeys from the combined threats of hunting and having their habitat encroached by agriculture and logging. The project also supports local communities. Growing up to three feet tall, these vocal monkeys are the largest in Latin America. The natural setting is accessed by forest trails and is one of the few places in the world where black howler monkeys can be viewed in such a setting. In Borneo, Norwegian Cruise Line and Azamara are some of the lines that offer excursions to the Sepilok Orangutan Rehabilitation Centre, which was the first of its kind when it was set up in 1964 to rehabilitate orphaned orangutans rescued from logging sites, poaching or the illegal pet trade. The apes are taught how to survive again in the wild and are released when they are ready.

Pack Creek, on the northeast corner of Admiralty Island in Alaska, is one the world's top spots to view brown bears in the wild. The island is home to an estimated 1,500 bears, and Princess is one of the lines that offers excursions by seaplane from Juneau. Wilderness walks  to lookout points provide the spectacle of bears roaming around their territory, hunting and feeding their young. Staying in Alaska, Katmai National Park and Preserve has the world's largest population of brown and grizzly bears. Silversea and Lindblad Expeditions are among the lines that visit the park and there are options for cruise passengers to take day safaris or stay overnight in a lodge to visit areas such as Brooks Falls, made famous by the bears that congregate on the edge of the churning water to fish and feast on passing salmon.

There are several delightful donkey rescue centres within a stone's throw of cruise ports in the Caribbean. In 1993 a Dutch couple set up the Donkey Sanctuary Bonaire to look after the island's sick, injured and orphaned donkeys. The centre houses more than 700 donkeys who are eager to meet visitors on interactive tours; particularly if they come armed with carrots. Over on Aruba the donkey sanctuary was opened in 1997 to provide a safe haven for wild donkeys that are injured in accidents, mistreated or lose their natural habit and sources of water due to building developments. Donkeys have existed on Aruba for more than 500 years and were the primary form of transport until the arrival of cars when they started to roam free and fend for themselves.

Passengers visiting Port Elizabeth can drop into the South African Foundation for the Conservation of Coastal Birds (SANCCOB) which provides a 24/7 rescue service for sick and injured seabirds and abandoned chicks. Between its two centres SANCCOB treats up to 2,500 birds a year, of which around 1,500 are African penguins. The specialist chick rearing unit saves African penguin eggs and chicks that have been abandoned, which are later released back into the wild. For birdwatchers, Princess is one of the lines that organises shore trips to Trinidad's Caroni Bird Sanctuary where passengers glide through the mangrove swamps on small boats in search of the fiery-coloured scarlet ibis, the national bird of Trinidad and Tobago, and other birdlife. Also in the Caribbean, Silversea offers birdwatching trips along the high Oriole Walkway trail in Montserrat to photograph another national bird, the Montserrat Oriole.

Sloths are arguably the top wildlife sight in Costa Rica and these undeniably cute animals can be seen on shore excursions from the port of Limon to the Jaguar Animal Rescue Centre. Keeping a respectful distance, with no interaction aside from taking photos, visitors learn about the sick, injured and orphaned creatures and how they are being rehabilitated to be released back into the wild or provided with a permanent home if they are unable to survive back in the rainforest or sea. The centre also looks after a variety of other mammals, birds and reptiles including illegally-owned pet ocelots and crocodiles saved from hunters.

As more travellers shun zoos there's nothing like the thrill of hoping to spot elusive animals in the wild. One of India's most magnificent creatures is the Bengal tiger and lines such as Azamara offer a pre-cruise land package that takes in Ranthambore National Park. Once the private hunting ground of the Royal House of Jaipur, in 1972 the land became a national park as part of the Project Tiger programme to save the Bengal tiger from extinction. Today tiger numbers are growing, and whilst the chance of seeing one is never guaranteed the odds are higher than parks with smaller populations. During morning and afternoon safaris visitors can also keep their eyes peeled for other wildlife including sloth bears, leopards, jackals and Indian wolves.