You may also like
Dismiss
Demystifying the Myths of Norovirus
Norovirus: What You Need to Know
5 Reasons You Should Worry Less About Norovirus on Your Cruise
What Are CDC Cruise Ship Scores?
Why You Should Buy 'Cancel for Any Reason' Insurance for Your Cruise
Why Germ-Zapping Robots and AI Technology Could Be the Future For Cruise Ships
Step By Step: How to Submit Comments on Cruise to the CDC
Photos From MSC Cruises' Return to Sailing in the Mediterranean
Have Cruises Been Treated Unfairly During the Pandemic?
Cruise Bookings Up: Lines and Travel Agencies Break Passenger Records 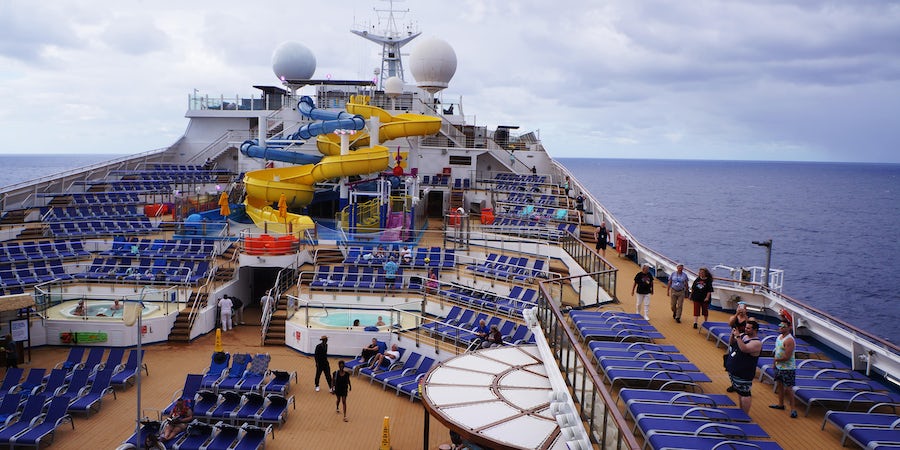 Why Does The CDC Have So Much Power Over The Cruise Industry?

All eyes in the cruise industry will turn to a federal court in Tampa on May 12, when a hearing begins on whether the U.S. Centers for Disease Control & Prevention has overstepped its bounds on regulating sailings in the United States.

The Florida lawsuit, which has been joined by both Alaska and Texas, argues the CDC over-reached its authority with the current Conditional Sailing Order and seeks an injunction to resume cruises immediately, with safety protocols in place.

As the cruise lines and the CDC battle it out, many cruisers who are waiting to get back to the sea have been asking -- why does the CDC have so much power over the cruise industry anyway?

There is a long history of interaction between the CDC and cruise industry. Back in the 1970s, when the U.S. cruise industry was still in its infancy, a program was established to minimize gastrointestinal illness from spreading on ships visiting the U.S. from foreign ports.

As retired cruise line executive Rod McLeod remembers, at the time there was confusion as to which government agency had the authority over the inspection and enforcement of health and sanitation protocols on foreign-flagged ships. The focus was specifically on foodborne gastrointestinal disease, resulting in diarrhea and vomiting.

"There were a lot of 'flags' to salute: local, state, federal, flag state," said McLeod, who during his career held executive positions at Royal Caribbean, Norwegian Cruise Line and Carnival Corporation. Out of the confusion came a set of standards that became known as the Vessel Sanitation Program. The cruise industry supported the measures, which included unannounced inspections of cruise ships by public health inspectors.

"This matched the safety and operational protocols long-established for safe maritime operations and administered by the U.S. Coast Guard for cruise vessels operating from U.S. ports," McLeod said.

In 1986, parts of the VSP program ended. The cruise industry complained, as did others, and Congress directed the CDC to resume the program under its National Center for Environmental Health. After a series of public meetings, and with cruise industry input, a restructured program began in 1987.

Under the VSP, ships that carry 13 passengers or more and have an itinerary that visits a foreign port are subject to twice-yearly unannounced inspections and, if necessary, re-inspection. The cruise lines are billed for the inspections, with one to four inspectors coming onboard based on ship size. The CDC also inspects new or recently renovated ships arriving at U.S. ports.

The inspections take eight to 10 hours, with ships rated on a 100-point scale. The inspectors look at a ship's medical center, potable water systems, galleys and dining rooms, swimming pools and whirlpools, housekeeping, pest and insect management, child and activity centers, and heating, ventilation and air-conditioning systems. An 85 or less is a failing score and requires re-inspection after issues are addressed.

If a ship failed an inspection, public health officials could issue a no-sail order.

The System Worked -- Until COVID-19

Before COVID-19, the cruise industry has been accustomed to U.S. public health inspections and there were few failures, says Tim Gallagher, former vice president of public relations for Carnival Corporation and Carnival Cruise Line.

"The cruise lines never opposed CDC inspections," Gallagher said. "I think their approach was they understood if you had some sort of foodborne outbreak that that was a very bad thing and they wanted to do anything they could do to avoid that. Having standards they could have their food and beverage departments follow was a good thing."

He adds, "If your favorite restaurant had to go through what cruise lines go through, they would fail."

The CDC also monitors and investigates outbreaks of the very contagious gastrointestinal illness known as norovirus on cruise ships. According to the agency, spread of the illness has been associated with food preparation.

On its website, the CDC says norovirus "is relatively infrequent on cruise ships." Norovirus outbreaks also occur in hospitals, apartment buildings, hotels and elsewhere, but these are not required to be reported. Because the CDC tracks the disease on cruise ships, it is "reported more quickly on a cruise ship than on land," the agency says.

The ability to issue "no sail" orders is essentially what the CDC relied upon when the COVID-19 pandemic began to keep cruises from operating in the U.S. The agency issued the first "no sail " order in March 2020, then extended it several times before its current iteration, the Conditional Sail Order, which was announced in October 2020.

The CSO, as it's known, runs through October 31, 2021 -- or until the CDC sees fit to remove or adjust it. Part of the frustration from the cruise industry has come from endless delays -- the agency said it would release more guidance on cruising being able to resume back in October when the CSO came out, yet the specifics that the lines needed to actually restart weren't released until April 2021.

The state of Florida originally filed the lawsuit during the CDC's silence, citing the financial toll that the lack of cruise business has caused. Alaska and Texas are making similar claims.

The lawsuit notes that people are traveling again on airplanes, with hotels, theme parks, restaurants and other industries safely reopening. It argues that even as preventative COVID-19 health measures have improved, the cruise industry "has been singled out, and unlike the rest of America, prevented from reopening."

The suit further argues that "The CDC does not have the authority to issue year-and-a-half-long nationwide lockdowns of entire industries." It asks the court to "set aside the CDC's unlawful actions and hold that cruises should be allowed to operate with reasonable safety protocols."

The Florida suit says that the Conditional Sailing Order is "in excess of that authority" and argues that neither regulation authorizes the CDC to shut down the cruise industry.

The CDC's Arguments For Regulation

The response from the U.S. Department of Justice filed on behalf of the CDC says the U.S. is still "in the midst of a once-in-a-lifetime pandemic" and notes that early in the pandemic "several deadly outbreaks were clustered on cruise ships."

The attorneys say "These experiences demonstrated that cruise ships are uniquely suited to spread COVID-19, likely due to their close quarters for passengers and crew for prolonged periods, and other factors." They argue the Conditional Sailing Order is based the "CDC's plain authority to regulate ships in U.S. waters to prevent the spread of disease"

Further, the Justice Department says the CDC is working in partnership with cruise lines to resume passenger operations and notes the cruise lines have not joined Florida's lawsuit.

"Plaintiff's proposed injunction would not maintain the status quo so that the Court has time to rule on the underlying issues -- it would upend it," the Justice Department argues, "The Court should reject this demand for multiple independent reasons. First, Plaintiff lacks standing to bring suit in the first place."