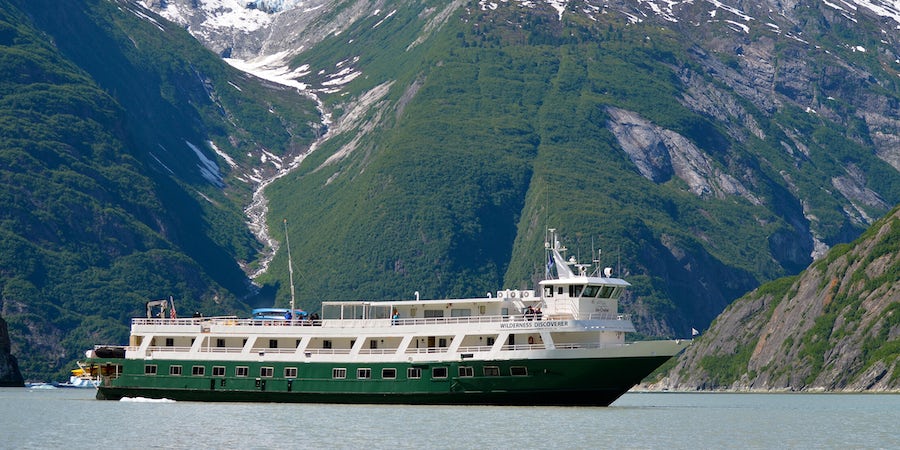 You've always sailed on big-ship lines, but now you've decided to take the plunge and try a small ship cruise.

But where to start with the wealth of small ship lines on offer?

Look no further. We've done the matchmaking for you so you can find a small ship that's perfect for you.

Here's our guide to the perfect small ship match.

From the line-up of malt whiskies behind the bar to meals showcasing the best regional produce (think seafood, beef, venison and the occasional haggis), these two lines offer a real taste of Scotland in every sense as they weave through the waters, lochs and inlets of the rugged Highlands and islands. The 50-passenger Hebridean Princess really is a vessel fit for royalty as the Queen chartered the ship for her 80th birthday and booked it again four years later. The onboard atmosphere evokes the feel of a country house party, especially in the cosy Tiree Lounge with its inglenook-style fireplace. The ship sails on four- to ten-night sailings, mostly out of Oban, including wildlife cruises, interspersed with visits to castles, gardens and distilleries.

Sporting distinctive gold funnels, the characterful vessels in The Majestic Line's four-strong fleet comprise two lovingly restored wooden fishing boats, Glen Massan and Glen Tarsan, and a pair of newly constructed steel vessels. Also sailing from Oban, they carry a maximum of just 12 passengers on three- to ten-night itineraries designed to reveal the hidden beauty of the sheltered lochs and islands of Argyll and the Hebrides plus a sailing along the Caledonian Canal to Loch Ness. With an informal onboard atmosphere, the social hub on each ship is the saloon bar where tipples include the Majestic Line's own Bilgewater Gin.

Driving 5,000 feet up the volcano on the island of Fodo in Cape Verde, hiking among the snow-capped "horns" of Torres del Paine National Park in Patagonia and walking across the  Arenal Mistico Hanging Bridges high in Costa Rica's rainforest canopy are among the exhilarating experiences offered by Lindblad Expeditions. With itineraries across all seven continents, the line offers diverse sailings on 11 ocean ships carrying 28 to 148 passengers. Launched in 2020 the National Geographic Endurance -- soon to be joined by sister vessel National Geographic Resolution -- was the first new polar build ship in the line's history, opening new opportunities for Lindblad to operate year-round in polar environments and explore deeper into pack ice and sail further north to the unexplored reaches of the Arctic, such as northern Ellesmere Island. In 2014 Lindblad, which owns and operates the National Geographic-branded ships, formed an alliance with the global non-profit organisation committed to exploring and protecting the planet. Ships throughout the fleet also serve as research platforms for the organisation's researchers. The family programme, National Geographic Global Explorers, is offered on itineraries in the Galapagos, Alaska and Baja and -- from December 2021 -- Antarctica.

Hurtigruten was founded in 1893 as a daily passenger service for locals and to deliver freight to otherwise inaccessible towns and villages along the length of the Norwegian coast from Bergen to Kirkenes. This service continues today aboard ships that now carry passengers. Itineraries include an 11-night voyage along the original route that passes some 100 fjords and 1,000 mountains and has 34 stops along the way. As the ships hug the coastline there's always something to see, and whilst other cruise lines mainly offer Norwegian fjord itineraries in summer, Hurtigruten enables travellers to experience every season from the white winter landscapes to golden autumnal colours and everything in between. In recent years the line has branched out with two purpose-built expedition ships, MS Roald Amundsen and MS Fridtjof Nansen, which sail on global expeditions to places such as Antarctica, Alaska, South America, the Caribbean and Europe.

A pioneer of all-inclusive upmarket cruising -- which includes butler service to every suite -- luxe-loving voyagers can explore the world in the lap of luxury with Silversea. In 2008 the line broadened its horizons with the introduction of an expedition arm and voyages aboard the 144-passenger Silver Explorer, a purpose-built expedition ship that combines adventurous sailings with Silversea's signature lifestyle. In 2017, following an extensive refurbishment, Silver Cloud became an ice-strengthened ship to transport travellers to destinations such as Antarctica and the poles. For nature rich sailings in the Galapagos Silversea has Silver Origin. If you prefer to discover classic cruising destinations such as the Mediterranean, then keep an eye out for the line's latest ships, the 596-passenger Silver Moon and Silver Dawn where new dining concepts include the Sea and Land Taste (S.A.L.T.) programme showcasing food and drink from the destinations being visited.

Similarly, Seabourn offers a choice of cruising styles on its fleet of vessels accommodating 458 to 600 passengers. They include Seabourn Odyssey, which sails in Alaska, and the purpose-built expedition vessel Seabourn Venture takes in the remote waters around Norway and Greenland. Extend your experience with the optional Ventures by Seabourn excursions, where exhilarating adventures including kayaking and trekking on scenic islands for close-up wildlife and nature viewing. All of that's enough to work up an appetite and Seabourn places a big accent on gourmet dining through its culinary partnership with celebrated Californian chef and cookbook writer Thomas Keller. Cabins on all ships are sea-facing and room service meals can be served course by course in your cabin or on the balcony.

If you've got the Galapagos in your sights, Ecuador-based Metropolitan Touring has a long track record of organising trips to the most iconic islands on earth.  Travelling ashore in small groups for around 12, with resident onboard expedition leaders, maximises wildlife-spotting opportunities. The company operates three ships -- the 90-passenger Santa Cruz II, 48-passenger La Pinta and 40-passenger Isabella II -- which offer four- to six-night sailings. The largest vessel has family facilities including family cabins, dedicated shore excursions and mealtimes.

You Like Wind in The Sails -- Try Star Clippers or Windstar

Star Clippers' head-turning fleet of tall ships, carrying up to 200 passengers, are powered by billowing sails whenever conditions allow. The line has three ships that recreate the 19th century golden age of sail for a new generation of travellers, and onboard activities include traditional pursuits such as knot tying classes and climbing the mast plus workshops such as navigation and star gazing with the officers. From the swathes of wooden decks to gleaming brass and varnished wood interiors, the ships have a really retro feel and cabins have round portholes. In addition to itineraries in the Mediterranean, Caribbean and Asia, there are also thrilling twice-yearly transatlantic crossings.

Windstar also operates a trio of masted vessels which include the 342-passenger Wind Surf; the world's largest sailing ship. The flagship underwent an extensive renovation in 2019 with updated features including a new spa showcasing massage styles from around the world, such as Japanese shiatsu and Hawaiian lomi lomi, and the Officers' Suite which is located behind the bridge. All cabins have luxe touches such as robes and slippers, Egyptian cotton linens and mini-bar. Windstar offers global itineraries including sailings to exotic French Polynesia and transits of the Panama Canal.

This line operates a fleet of eight ships, accommodating up to 86 passengers, with fun and active itineraries in destinations such as Alaska, Latin America and the Galapagos.  The main focus is on land and sea-based activities (in all weathers) rather than time spent cruising. Excursions are geared to different fitness levels from gentle shore walks and snorkelling to kayaking, paddle-boarding and challenging hikes; often with two activities per day. Itineraries include the Family Discoveries programme and solo-friendly sailings.

Variety Cruises operates a mix of small ships, from private yachts that are a perfect getaway for families and groups of friends to the 71-passenger flagship Variety Voyager. With its Greek heritage the line offers unique itineraries around its homeland and islands, offering port stops at Greek islands you likely have never heard of, including one with a population of four (a family); as well as impromptu stops at sand bars and seasonal beaches.

The line also offers cruises in far-flung destinations such as the Seychelles and Costa Rica. Cruises are relaxed and laid-back and passengers are encouraged to pack light and leave ball gowns and formal attire at home. Sports attire, casual clothes and swimwear are the order of the day.