You may also like
Dismiss
Norovirus: What You Need to Know
Zika: What Cruisers Need to Know
5 Reasons You Should Worry Less About Norovirus on Your Cruise
Can I Cruise While Pregnant? What You Need to Know
23 Things Cruisers Love to Complain About
Why You Should Buy 'Cancel for Any Reason' Insurance for Your Cruise
Onboard Health and Safety Essentials to Pack for Your Next Cruise
Why Germ-Zapping Robots and AI Technology Could Be the Future For Cruise Ships
Step By Step: How to Submit Comments on Cruise to the CDC
Why Does The CDC Have So Much Power Over The Cruise Industry? 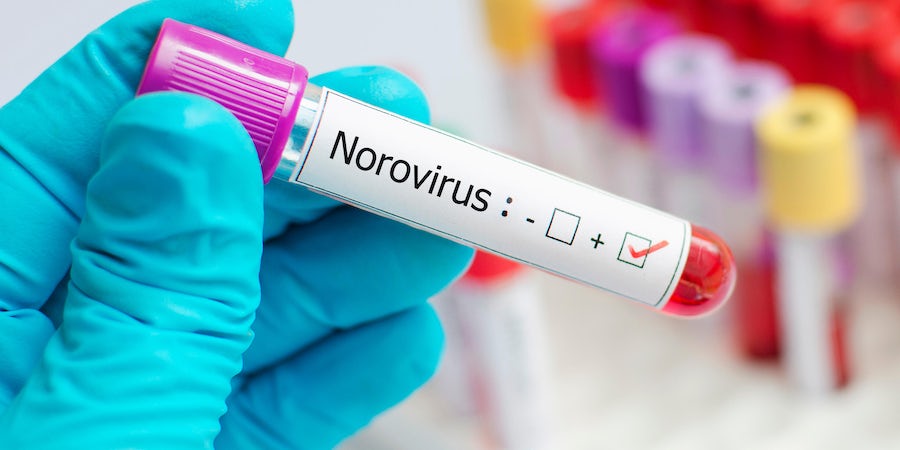 Demystifying the Myths of Norovirus

Cruise industry executives tell us that they're still shaking their heads over general confusion about the easily communicable virus. Here, we tackle the most common myths we've heard one at a time.

**Want to know more? Check out Norovirus: What You Need to Know.

It is not safe to cruise because of Norovirus.

Reality: The epidemiologists at the Centers for Disease Control and Prevention say that's absolutely untrue. Says David Forney, chief of the CDC's Vessel Sanitation Program, which oversees health and sanitation aboard ships that visit U.S. ports, "it is perfectly safe to go on cruise ships. The standard by which they (cruise lines) are held for sanitation is the highest in the world."

Reality: Not at all. In most if not all cases, the ships involved have scored very high on the CDC's notoriously strenuous vessel sanitation inspection. It wasn't the ships that were sick; it was the folks who came onboard and passed the illness around. Norovirus is, according to the Centers for Disease Control and Prevention, one of the most contagious gastrointestinal illnesses in the world.

Norovirus is a cruise ship phenomenon.

Reality: That's simply not true. Norovirus is second to the common cold in reported illnesses, impacting millions of people around the world each year. Norovirus, previously known as Norwalk Virus, was actually named for a land-based outbreak in Norwalk, Ohio, that originally occurred some 30 years ago. It can break out at any time of the year.

There is no way cruise ships can battle the spread of Norovirus.

Reality: Again, not true. There are intense -- and even more intense -- cleaning and service protocols that cruise lines follow when the possibility of a spreadable virus onboard exists. These protocols have only become more, not less, sophisticated over time. A Princess Cruises spokeswoman says, "Princess staff and crew are trained to be extremely vigilant regarding passenger health, and the line operates a thorough health monitoring system. Employees receive special training and utilize a rigorous sanitary protocol that meets or exceeds CDC requirements." Medical facilities on many ships are even equipped to test specimen samples onboard -- which means that doctors can get results (and implement necessary measures) much more quickly than in the past.

Also in place are service-related mandates; many buffet areas are no longer serve-yourself, passengers get a "welcome letter" offering stay-healthy tips about washing hands frequently, and those who do contract the disease are encouraged to stay in their cabin for a day or two so as not to spread Norovirus when it's at its most communicable. The second, more intense category involves taking the ship out of commission for a massive cleaning. Back in the fall of 2002, Holland America couldn't break the cycle after four cruises on Amsterdam despite enhanced cleaning; it took the ship out of commission and embarked on an ambitious program. This included sanitizing television remote controls and bibles, disinfecting poker chips and currency, discarding every pillow -- more than 2,500 -- and steam cleaning carpets. The end result? Amsterdam's follow-up cruise was, thankfully, Norovirus-free.

Norovirus is caused by uncooked food.

Reality: That can be a cause, but Norovirus is typically spread through person-to-person contact.

Norovirus outbreaks only occur in winter.

Reality: It's true that Noro outbreaks tend to spike in the winter -- earning it the nickname of "winter vomiting bug" in the U.K. According to a 2013 Centers for Disease Control and Prevention study, "Endemic norovirus disease occurs year round but exhibits a pronounced winter peak and increases by approximately 50 percent during years in which pandemic strains emerge." The study found that the majority of Norovirus occurrences take place from October through March. A likely cause is people spending more times indoors (to escape the cold, no doubt), which facilitates the spread of germs.

However, that does not mean you cannot contract Norovirus at other times of year, so it's best to be vigilant about hygiene throughout the year.