You may also like
Dismiss
Mega-Chart: Compare Hurricane Sandy Cruise Line Compensation
Top 8 Long Haul Short Break Cruises
Hurricane Irma: A Look Back At the Storm
Best Cruise Travel Agents
5 Things You Didn’t Know About South Australia Cruises
6 Cruise Ports and Regions That Have Banned Sunscreen (and What to Use Instead)
Are Dolphin Tours Humane?
Where You Can Cruise to Onboard Princess' Newest Cruise Ship, Sky Princess
New Cruise Itineraries From Every Australian State
Stymied in the U.S., Cruise Lines Take Ships Out of The Country 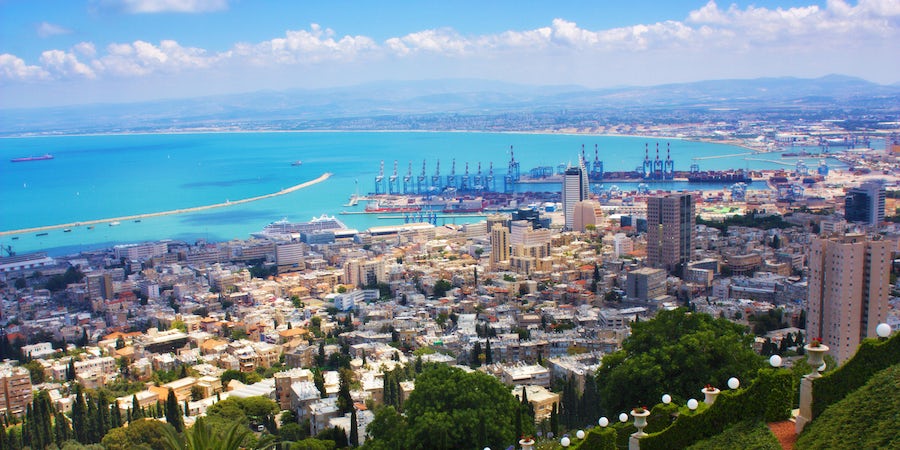 Why 2021's Cruise Itineraries Will Look Different Than Expected

As the world begins to slowly emerge from the COVID-19 pandemic on a staggered timeline, cruise lines are being forced to reimagine itineraries and fleet deployment in ways that would have been unthinkable several years ago.

What cruise lines are already signalling, at least during the initial phase of cruising's restart, is that hyper-focused, country-specific itineraries will be among the first to come back. So far Israel, Singapore, Greece, Italy, Greece, the Bahamas, Bermuda, St. Maarten, Antigua, the Canary Islands and the UK either are already doing these sailings or have all signaled an intent to do so by summer 2021.

One noteworthy country left out of this equation: the United States. Current laws forbid most cruise ships from sailing only in the U,S., without an international stop. That includes cruises to nowhere. And even now, a year after the pandemic began, the Centers for Disease Control & Prevention (CDC) has shown no signs of lifting their de facto cruise ban despite growing industry unrest.

Put it all together, and your current 2021 cruise itinerary is highly likely to be changed or cancelled outright, at least through the late summer and fall, as the industry struggles to restart operations.

The mainstay of cruising -- the multi-country itinerary in a single week -- is particularly challenging, given the varying degrees of vaccination rates and illness

Rather than modifying these existing itineraries, cruise lines are instead opting to scrap them and create hyper-focused itineraries that cater to one country or nationality.

Royal Caribbean has successfully restarted its Quantum of the Seas in Singapore, sailing short cruises to nowhere. The line also plans to send the brand-new Odyssey of the Seas not to the Mediterranean like originally scheduled, but to Israel, where it will run three-to-seven-night voyages for vaccinated Israeli passengers.

Princess Cruises announced this month it would introduce new, short-break voyages for UK residents, while both Princess and Holland America stated they would operate land-only tours to Alaska this summer for the first time in their collective histories.

On March 11, Crystal Cruises became the first major oceangoing line to announce a firm return to service, offering weeklong cruises around the Bahamas from Nassau or Bimini for vaccinated travelers of all nationalities.  Crystal has since announced it will redeploy its Crystal Symphony from Antigua beginning in July through December, and from Reykjavik, Iceland aboard its brand-new Crystal Endeavor that same month.

In early March, Cunard also announced it would scrap its entire summer and fall cruise program in favor of sending its Queen Elizabeth on a series of itineraries around the UK, for UK residents only, while Queen Victoria and Queen Mary 2 remain in layup.

In April 2021, Norwegian Cruise Line announced a return to the seas in the Caribbean and Mediterranean for vaccinated adults only, at least through November 1, aboard Norwegian Jade, Norwegian Jem and Norwegian Joy.

In every case, these itineraries have been developed at the last minute, carved out of a broader sailing schedule that was cancelled to make way for the hastily-prepared voyages.

Prior to their announcement, these new cruises were not ones that appeared in any print brochure or online booking engine. Printed brochures, once the bible of the industry for cruise-hungry consumers, now look positively anachronistic.

But it that a bad thing?

Cruise itineraries have remained largely stagnant for the past few decades. A handful of new voyages and new ports of call are added every year, but in general, passengers and crew spend most of their time on tried-and-tested voyages.

It's difficult to find fault in the cruise lines. Port schedules and itineraries are typically planned out years in advance. Authorization to visit some places, like Alaska's Glacier Bay National Park, is granted by a permit system, while some of the world's most popular ports require docking arrangements to be made long before the ship will ever physically be there.

Cruise lines are also forced to contend with the fact that local restrictions and regulations govern their ability to perform revenue sailings as advertised. Royal Caribbean's decisions to operate out of Singapore and Israel takes the line away from their typical target market, but allows them to return to service, prove its health and safety protocols work, and hopefully instill both pressure and confidence on the CDC to encourage a U.S. restart.

Crystal Cruises' move of operating out of the Bahamas is an industry first. With excellent air lift into Nassau and an existing series of terminal and pier infrastructures, the Bahamas can easily market itself as an international homeport, and an alternative to Miami and Fort Lauderdale.

Other Caribbean ports of call, like Cozumel, Mexico, are eager to see cruise ships homeport there. Cozumel Mayor Pedro Joaquin Delbouis noted the fourth cruise ship dock in the city will be ready this coming May, and welcomed the idea of ships homeporting there.

It is easy to see Cozumel serving as a potential homeport. Cruises could stay within Mexico (think Playa del Carmen, Costa Maya, Progreso), or call on a few other cruise-friendly locales. Cruises could even sail to nowhere from Cozumel.

Both of those options are off-limits in the United States. Cruises to nowhere cannot happen. Cruises exclusively around the United States are prohibited for all but U.S. flagged vessels -- and that presents its own series of problems.

Given the restrictions faced from the U.S. Passenger Vessel Services Act of 1920 and the relentless stalling by the U.S. Centers for Disease Control and Prevention (CDC) is making it more and more likely that the United States will be the one of the last countries where cruising can return to "normal."

Where Does That Leave 2021-Booked Cruisers?

Where does that leave cruisers who booked 2021 sailings years ago, or ones that chose an itinerary specifically for one destination?

Expect itineraries to be paired down at first. It may be some time before we see cruise itineraries calling on half a dozen countries in a single week or two. Caribbean cruises that island-hop between nations may have to be restricted to one or two countries, while Mediterranean, Northern European and other geographically-rich itineraries my see some modifications as nations either open their borders to cruise and travel, or keep them shut, as the Government of Canada and Australia have elected to continue to do.

For those with active cruise bookings, it's best to sit tight. No one right now knows exactly which ships or itineraries will be allowed to operate. Furthermore, no one really has a good grasp on when cruises will be allowed to resume -- though there's reason to be optimistic that voyages will indeed begin this year.

Instead, be open to the possibility that your cruise may change or be cancelled outright, but that something infinitely more interesting could replace it. At a certain point -- sometime in 2022, likely, or late 2021 -- cruise lines will be able to resume their published itineraries.

If the cruise line is forced to cancel your voyage, refund or Future Cruise Credit options will be offered, and rebooking on new or similar itineraries is always a possibility.

The other potential outcome is that we could see more interesting itineraries departing from new homeports that cruisers already booked for 2021 may wish to transfer to at the last minute.

Necessity often breeds innovation, and once it restarts, the cruise industry could emerge with more unique and interesting sailing options than ever before.