You may also like
Dismiss
Cruise Rules and Regulations, Plus Travel Documents and Information
Zika: What Cruisers Need to Know
6 Things You Must Know About River Cruising in Africa
What Are CDC Cruise Ship Scores?
Countries That Require Visas for a Cruise
Vaccinations for Cruises: What's Required Where
Why You Should Buy 'Cancel for Any Reason' Insurance for Your Cruise
Step By Step: How to Submit Comments on Cruise to the CDC
Photos From MSC Cruises' Return to Sailing in the Mediterranean
Are Spas and Indoor Pools Still Open On Cruise Ships? 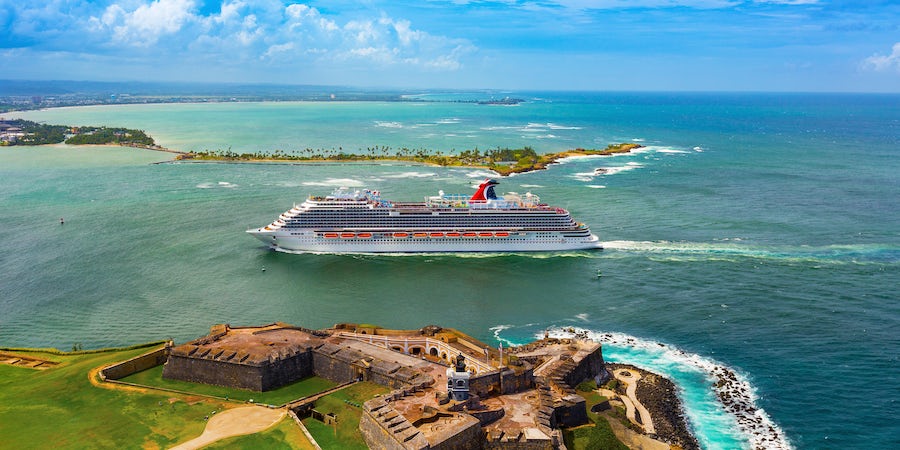 Can Cruise Lines Require Crew and Passengers to Get COVID-19 Vaccines?

With the first people in the world beginning to receive COVID-19 vaccines this month, many cruisers ready to get back onboard see an end in 2021 to the travel bans and lockdowns that have dominated 2020.

But regardless of whether you intend to take the vaccine as soon as you can, travelers are wondering: Can the cruise lines make vaccination a requirement of cruising for passengers? And what about the crew?

Cruise Critic turned to legal experts for some insight.

for participation.A vaccine requirement from the destination would certainly entice more cruisers to get the vaccine, if they want to get back to normal quicker.

That kind of scenario, though, doesn't protect passengers during their onboard experience, and that's really where cruise lines are going to want to make sure that COVID-19 outbreaks are prevented.

Legally, it's likely that a cruise line or private business would be able to impose a vaccine requirement on its customers, said Ronald Schirtzer, a partner at Weinberg, Wheeler, Hudgins, Gunn & Dial.

"From a legal standpoint, there is nothing at this point that would suggest that if you wanted to impose a pre-cruise vaccination requirement that either a government will stop you from doing it or that's there is a likelihood for civil liability," he said.

Schirtzer noted that in the past, government agencies such as the Equal Employment Opportunity Commission (EEOC) have allowed employers to impose mandatory vaccination requirements, such as the flu vaccine, as a condition of employment. Exceptions were required, though, pursuant to the Americans with Disabilities Act (ADA) for employees who can establish that taking the vaccine poses a health risk, as well as for those who have religious objections to vaccination, unless the exception imposes an undue hardship on the employer.

Because cruise lines traveling in U.S. waters are subject to ADA public accommodation requirements, Schirtzer said there is a potential for passengers with medical conditions that increase health risks associated with any COVID-19 vaccine to pursue legal claims if they were precluded from traveling due to mandatory vaccination requirements.

Government agencies such as the CDC and the EEOC have not fought back against COVID-19 testing or quarantine requirements in the workplace, though, and have generally supported those protective actions. Because of higher mortality rates associated with COVID-19 when compared with the flu, Schirtzer said that government agencies might be more willing to find that granting requested exemptions for individual health or religious reasons could create an undue hardship.

"I think it is unlikely there would be any kind of retribution or pushback from the government for denying access because of a lack of vaccine," he said.

"People try to argue that you can't make me wear a mask in your store," he said. "The response of the courts is to laugh those people out of court. We're in a pandemic, businesses have the right to maintain the safety of their workers and their customers."

If the cruise lines did require vaccination for boarding, they would be most likely be legally obligated to issue refunds to customers who booked their trip before the requirement was in place, Schirtzer said. "Otherwise, cruise line operators would open themselves up to  potential class-action lawsuits," he said. Given the number of 2021 cruises that already have been booked and rebooked, those refunds could be financially burdensome to the cruise lines.

What about arguments that vaccines are against your religion? Schirtzer said that outside of the employment context or religious exemptions granted by individual states, courts have consistently rejected challenges to mandatory vaccination requirements based on religious beliefs. He believes that a vaccination requirement applied to all customers would not be actionable under the U.S. Constitution or federal laws prohibiting religious discrimination in public accommodations

All in all, while a vaccine requirement would potentially inspire some kind of lawsuit, Schirtzer said -- but they likely will not be successful. "There may be other types of damages in addition to recovery of their deposit that someone could try to claim," he said. "If the cruise was being used as a means to get to a wedding or something of that sort. But you're really in the realm of highly speculative items at this point."

It's much easier, from a legal perspective, for a cruise line to require that its crew receive a COVID-19 vaccine.

For one thing, most cruise ships are foreign flagged, which allows them already to bypass aspects of U.S. employment law. Crew are drawn from around the world, and the bulk are not U.S. citizens.

But even if the crew were all American, the cruise lines are still likely able to require vaccines, said Susanne Hafer, Counsel for Sullivan Law.

That's because a cruise ship environment is a difficult one to make accommodations for people who ask for them under ADA law, she said. If an employee asks for a medical exemption under ADA in an office setting, for example, the employer can reasonably accommodate that by allowing them to telework, she said.

But the close quarters of a cruise ship would make it difficult for even back-of-the-house workers to remain distant from their co-workers.

"It would be difficult for a cruise line to make an exception, even for medical reasons, without creating a danger to the other employees," she said.

Unlike with passengers, who would be legally protected should the cruise line change its requirements, the cruise line doesn't have to put a vaccine rider in a crew contract, Hafer said. "It can be a new written policy," she said.

Because vaccines can be controversial, most employers in the past have made them a recommendation, rather than a requirement, Hafer said. Many private businesses that her firm works with are discussing incentive programs to get employees to take the vaccine once it's offered.

"You can give bonuses to people who are vaccinated. You can give them extra benefits. You could restrict where the unvaccinated go," she said. "Then you've reduced your legal liability but incentivized the result you want."

Another potential problem with a cruise line vaccine requirement is the long ramp-up that it will take for the general populace to get the shots, Schirtzer said. It could be the end of summer 2021 before most people are vaccinated.

Still, the demographics of the people in line for the vaccine first could land in the cruise lines' favor. Health care workers are a large category of potential customers, as are people who are older than 65. The pre-existing conditions that might push someone toward the front of the vaccine line, such as obesity, diabetes and other health concerns, don't currently stop people from sailing.

"If you took your demographics of who you think are most likely to be cruise passengers, they probably fall in the first 10 to 20 percent of the population who is going to get access to the vaccine," Schirtzer said.

Regardless of what happens, it is likely that passengers will be asked to sign liability waivers before they board, even if there is a vaccine requirement. And don't expect measures such as COVID-19 testing, masking and social distancing to immediately go away.

"You've got clinical trials that say it's 95 percent effective. But what if you find out that 95 percent is more like 65 percent," Schirtzer said. "You're probably not going to want to drop testing requirements just because someone is vaccinated."