You may also like
Dismiss
Tamarind on Holland America (Plus Menu)
The Salty Dog Gastropub on Princess Cruises (Plus Menu)
Caribbean Cocktails Checklist: Take a Drink Tour of the Islands
Top 5 Drinks on Carnival Vista
Michael's Genuine Pub on Royal Caribbean Cruises (Plus Menu)
Whale Quest Juneau Whale-Watching Excursion Review
9 Free Things to Do on Norwegian Encore
The Waterfront on Norwegian Cruise Line
Pictures From the Ultimate Disco Cruise
Cruise Beach Bars We Miss in the Caribbean 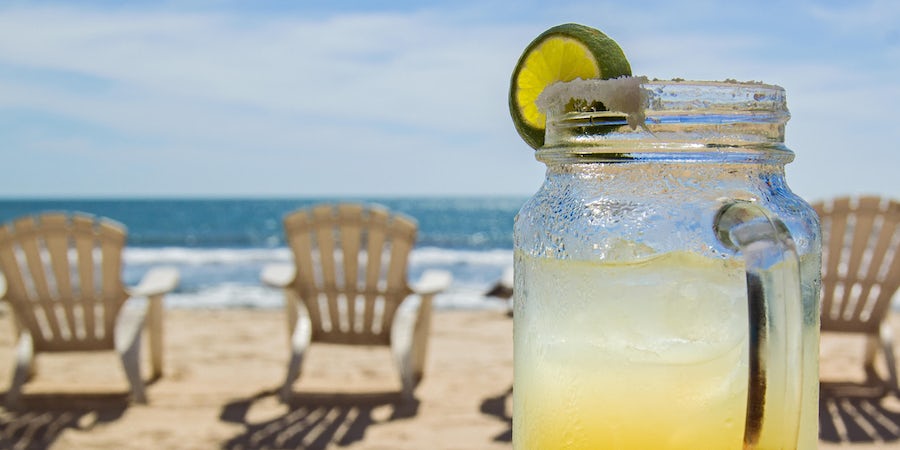 Who Needs A Cocktail? Cruise Drinks We Need Right Now

SAD might stand for seasonal affective disorder, but as the weather gets colder and the nights longer, we think it could also reflect our desire to Seek Alcoholic Drinks -- preferably back on a cruise ship or on a tropical beach.

We surveyed our staff to see what cocktails they're craving right now, both onboard and on land (spoiler: we are done with quarantinis).

Drinks on the Ship

A little bit spicy, a lot refreshing -- this drink serves up two great tastes that taste great together, in a bar that always seems to be in the middle of the action. Whether you're popping in to hear some music after dinner or taking in the sea views from The Waterfront section of the bar, this drink goes down dangerously easy. Feel like an entire drink is too hot to handle? Get it as part of the bar's signature mojito flight. While not all ships have The Waterfront, you'll find Sugarcane Mojito Bar on Norwegian Encore, Norwegian Bliss, Norwegian Dawn, Norwegian Escape, Norwegian Gem, Norwegian Getaway, Norwegian Jade, Norwegian Jewel, Norwegian Pearl and Norwegian Star.

It's pleasant (but packs a punch!) and can only be found on Cunard Line. So not only is it absolutely delicious – it's also all around special. Made with 3 Queens gin (the QM2 edition, of course), rose syrup, prosecco and just a hint of freshly squeezed lemon juice, the drink has a gorgeous pink hue that tastes as good as it looks in pictures. Which you'll want to take, if only for the cute mini meringue garnish on top.

If you love a craft brew with an international flare, Viking Ocean Cruises has you covered. The upscale line's selection of beer includes three from Aegir Brewery, based in Flam, Norway. Maybe it's the fresh mountain water the company uses or its commitment to exciting, bold flavors, but sipping a beer in the beautiful Wintergarden or peaceful Explorers' Lounge is tough to beat – especially if you're cruising through Norway's incredible fjords. It's hard to pick a favorite from the hoppy IPA, smooth blonde or robust amber. Get the reasonably priced Silver Spirits package, and you won't have to choose.

There are more than a dozen types of martinis available at the line's signature bar, but we always keep coming back to this one. Why? A combo of reasons, the main one being we usually find ourselves here after the show and craving a coffee pick-me-up to see us through to the wee small hours, and this is a perfect way of doing that. And of course, there's always that desire to watch one of the highly skilled bartenders set up an elaborate display of glasses on the frozen table top and pour martinis into them from vertiginous heights.

Land of Hop and Glory

This half-beer, half-cocktail creation is only available from the forward-facing Commodore Club aboard Cunard's Queen Mary 2. Created in honor of former Cunard Commodore Cyril Illingsworth, this frothy concoction is a mixture of Somerset Cider Brandy, Cognac; King's Ginger; Malt Extract; Ginger Ale and Hop Bitters. For a final sinful touch, whipped beer foam is liberally applied, and the entire concoction is served atop a wooden board accompanied by a bowl of chips (or crisps, in the U.K.). It's ridiculously good and stands out as my all-time favorite shipboard drink.

A good bourbon cocktail is a thing of beauty, and Carnival nails it with the smoked boulevardier. The cocktail blends Buffalo Trace bourbon, Campari and a hint of sweet vermouth with rosemary smoke, all served under a glass dome. This one's as much about the theater as it is the drink, thanks to a big sprig of rosemary, set on fire then tossed on top of the cocktail and covered by the cloche. After the dome fills with smoke, the bartender removes it, sending out a delightful aroma that draws a crowd ever time. The rosemary imbues the cocktail with a rich, smoky flavor – a perfect complement to the classic boulevardier flavors.

It has been a long-held ambition of mine to drink a curacao on said island -- a dream I fulfilled this year when I visited the island on a Southern Caribbean cruise on Celebrity Silhouette. This is the first (or last) bar you hit in the port area when you embark or debark your ship and they create the most perfect color curacao cocktail -- much like the sky and the sea of the island. Perfect in a pitcher with multicolored fruits!

Anywhere in Cozumel or Mexico

Call me basic, but after numerous visits to Cozumel (and most other Mexican ports), I still love a strong margarita -- with salt, please. While I'm not one to condone day drinking ... oh, who am I kidding? There's nothing that screams vacation more than plopping yourself down at a beach resort and asking the waiter to keep them coming. (Just make sure you keep track of the time -- Cozumel is notorious for pier runners!)

Stroll down Second Avenue, between Broadway and State streets, and you'll run into Klondike Brewing. If the weather is nice, I like going outside to their backyard patio and have a pint or two. It doesn't really matter what you order; there's a rotating selection of brews that never seems to disappoint. Plus, beer just tastes better surrounded by the rugged mountains and winds of Lynn Canal, no?

Honestly, a CoronaRita on the beach or in the Caribbean is definition of "vacation" for me! Once we get cruising again, this blend of beer, margarita mix and tequila is the first thing I'll order. While some like it frozen, my preference is on the rocks. Remember, it only counts if the drink comes with the beer bottle sticking out.

It's easy to get stung at this reggae-influenced bar on Nevis, the smaller sister to St. Kitts, by this cocktail that's legendary throughout the Caribbean. The highly guarded recipe has variations of honey, passion fruit juice, club soda, lime juice, nutmeg and bitters, mixed with rum. It's a potent brew where one will make you happy, two will make you friendly and three? Don't go there.