You may also like
Dismiss
8 Reasons Why Viking Star is the Cruise For You
Senses Spa on Disney Cruise Line
Silver Muse vs. Regent Seven Seas Explorer
Best River Cruise Pools
Seabourn Encore vs. Regent's Seven Seas Explorer
What Is a Cabana on a Cruise Ship or Private Island?
Champneys Luxury Health Spa on Marella Cruises (With Prices)
Pictures of Sky Princess
Why Germ-Zapping Robots and AI Technology Could Be the Future For Cruise Ships
Photos From MSC Cruises' Return to Sailing in the Mediterranean 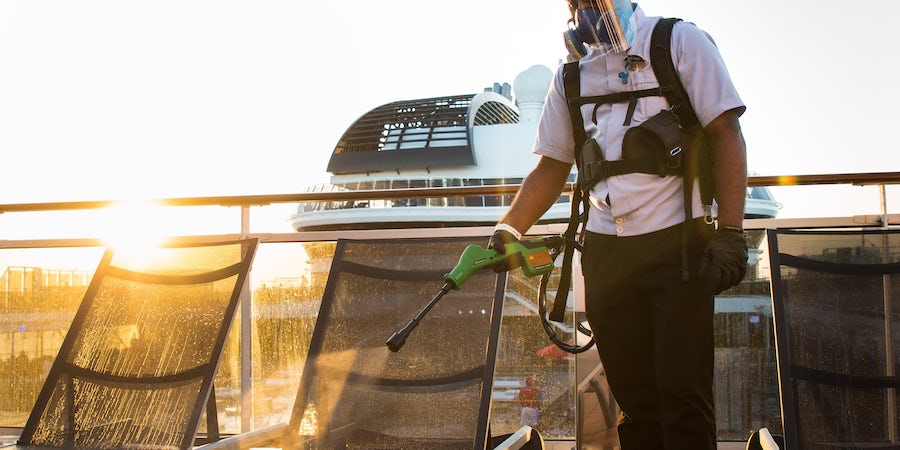 Are Spas and Indoor Pools Still Open On Cruise Ships?

As cruise lines and governing bodies look at what changes need to be made on ships to cope with COVID-19, there's a specific area of concern bubbling away for future cruisers -- the spa, the thermal suite, hot tubs and indoor pools.

The European Union's "Healthy Gateways" Report, which was published in late June, suggested, amongst many other changes, eliminating the use of indoor pools, which would include the hydrotherapy pools, hot tubs and other communal water elements that make up thermal spas. The report also suggested restricting the number of bathers in each pool and limiting hot tubs to members of the same household.

It's worth noting these are guidelines not rules. But with inclement weather in the Med from October through to at least March, this could prove a problem for the few European lines that have restarted operations. The U.S. Centers for Disease Control and Prevention (CDC) has yet to issue recommendations for cruise resumption.

Here's a round-up of what to expect onboard in terms of water-based activities on the four.

AIDA resumes services in the Med at the start of November on AIDAmar and the 3,286-passenger AIDAperla. Neither ship has indoor pools, but both have outdoor pools, and these will be capacity restricted.

Both ships also have a spa onboard and will have the following restrictions: limited capacity, mandatory mask wearing in the wellness area, loungers at a social distance (1.5m) and no facials. The sauna will be closed.

TUI is currently operating two ships for Germans only on so-called "blue cruises" (cruises to nowhere) from Hamburg on two ships -- Mein Schiff 1 and Mein Schiff 2.

TUI is due to start cruising to Greece -- the first international line to do so -- from September 13, operating week-long cruises from Heraklion, calling at Piraeus and Corfu, with scenic sailing of Santorini.

There is no indoor pool on either ship. The outdoor pool is open but with no capacity restrictions, according to a spokesperson from the line.

"We have restrictions regarding the sun loungers and the distance between them. There are crew members who constantly have an eye on these matters and if the pool would get too crowded they would intervene," the spokesperson confirmed.

The saunas are currently closed, but, the spa is open -- with restrictions: "We are offering facials -- not the complete offer but most of them," the spokesperson explained.

"The guests have to wear masks entering the spa area and going into the treatment rooms, but once the treatment starts they can take it off. The crew in the spa wear masks and gloves (not for massages though)."

MSC Cruises has restarted cruises on their flagship MSC Grandiosa, which has an indoor pool, outdoor pool, a vast spa and thermal suite with thalassotherapy pools, sauna and steam room; and a kids' waterslide.

The line confirmed that the indoor pool is open -- but with capacity restrictions of seven square metres per passenger. As is the outdoor pool, which is operating under the same guidelines, working out as 10 people maximum on each side of the main pool.

The suites-only enclave Yacht Club pool is also open, with capacity restrictions, as are the hot tubs around the ship, with time limits.

The sauna or steam room are open for single use and the rest of the thermal area is open, again with restricted numbers.

Similarly, the kids' waterslides are not open every day, and when they are they operate with capacity restrictions.

Costa Cruises resumed cruises on September 6 operating Costa Deliziosa on a week-long round-trip cruise calling only at Italian ports and operating at less than a quarter capacity with just 500 Italian passengers.

Costa Cruises' next ship due back in service is Costa Diadema, scheduled to leave from Genoa on September 19. After which the line will continue to ramp up services.

Occupancy at both these pools is limited per size, and social distancing is in operation.

The Samsara Spa has a thalassotherapy pool, an array of aromatic steam rooms and a sauna -- all of which are currently not operational. However, spa treatments are available.