You may also like
Dismiss
Are Cruise Ships Safe?
Green Cruising
Cruise Costs: Is Carnival Good Value for Money?
Cruise Ship Drinking Water: What to Expect
Onboard Health and Safety Essentials to Pack for Your Next Cruise
Why Germ-Zapping Robots and AI Technology Could Be the Future For Cruise Ships
Will I Have to 'Social Distance' on My Next Cruise?
What Is Royal Caribbean Doing to Keep You Safe?
What Is Happening With Test Cruises in 2021?
What Is Sustainable Cruising, and Why Should I Care? 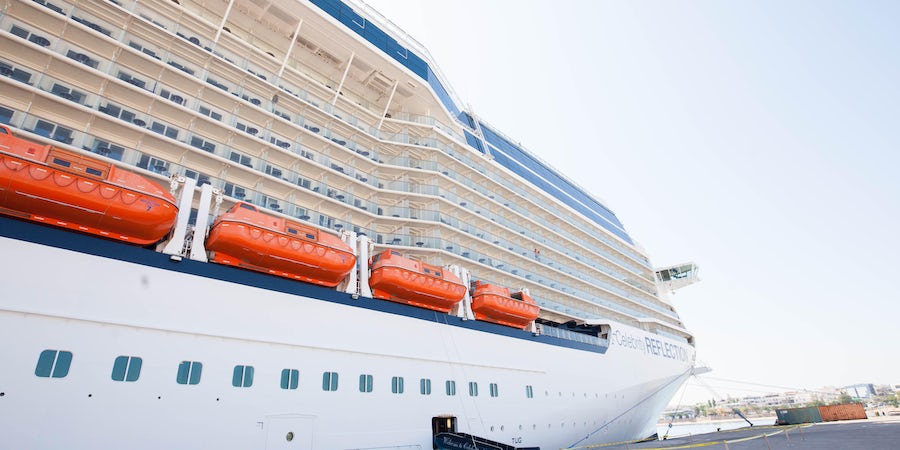 While much public discussion around cruises restarting have centered on the visible changes that passengers might see -- mandated masks and social distancing as well as staggered embarkation and capacity limits – cruise lines are examining harder-to-see improvements, such as upgrades to the ship's ventilation system.

The move is being driven by scientific research, which is now focusing more on aerosol spread of COVID-19, as opposed to surfaces. In fact, 239 doctors across 32 countries have recently

through micro-droplets in the air.

Lines That Have Committed

While some cruise lines operating today have already committed to having a 100 percent fresh air mix aboard their vessels going forward, many are still finalizing their health and safety protocols.

Of the few lines that have rolled out detailed preliminary health and safety protocols, air circulation remains a central component of many safe return-to-cruise policies.

In June, Norwegian Cruise Line announced new health and safety protocols that included the installation of new medical-grade H13 HEPA (High Efficiency Particulate Air) filters across its fleet. These filters are estimated to remove 99.95 percent of all airborne pathogens that are 0.1 microns or larger. The COVID-19 pathogen is 25 percent larger than this standard, coming in at 0.125 microns. For comparison, a single human hair is 75 microns -- 75,000 percent larger.

Earlier this month, Norwegian Cruise Line partnered with Royal Caribbean to develop a "Healthy Sail" taskforce detailed with creating health and safety protocols for their respective fleets, and for the industry as a whole.

While the Health Sail panel won't present its findings until the end of August, it is already clear that onboard air systems will play a role in the return to safe cruising.

Related: Exclusive: A Time of Transition as Arnold Donald Prepares to Step Down as Carnival Corp. CEO

"Clearly testing will be part of this, so we have testing experts," said Mike Leavitt, Healthy Sail panel member, former Secretary of the U.S. Department Health and Human Services and former three-term governor of Utah, in an interview with Cruise Critic. "Sanitation protocols will need to be part of this, so we have sanitation protocol experts. It's very likely that airflow will have some involvement here. "

Seattle-based Windstar Cruises also plans to retrofit its entire six-ship fleet with HEPA filters, and adds a secondary step by introducing germicidal irradiation known as UV-C designed to kill bacteria and viruses, including coronaviruses, before they can enter the air mix aboard its ships.

"We early on recognized that with the COVID-19 virus, there is not one single solution," Chris Prelog, chief operating officer for Windstar Cruises, told Cruise Critic in an interview. "It's a combined approach. You have to be on top of your game on all levels."

That solution is recognized by the European Union, which recently published its Healthy Gateways guidelines for cruises to resume within European waters.

"All of the air handling units…should be switched from recirculation to 100 percent outside air by closing the recirculation dampers whenever possible," says the EU's guidance. "In case it is not possible to completely stop the recirculation of the air, the ship should explore improving air filtration as much as possible and using HEPA filters or Ultraviolet Germicidal Irradiation (UVGI)."

The U.S. Centers for Disease Control and Prevention (CDC) has not yet issued any guidance to cruise lines on health and safety measures, outside from its continued ban on cruises from U.S. waters. That ban extends to September 30.

How Do Shipboard Ventilation Systems Work?

Marine ventilation units are complex and powerful. They play an important dual role in keeping the vessel's onboard climate controlled, and also with reducing the growth of mold onboard and removing musty, stale air. It is also critical for the proper performance of the ship's engines and other behind-the-scenes technologies.

Traditionally, ships have relied on what is known as a "fresh air mix" for the ventilation of public spaces and staterooms onboard. That mixes fresh air with recirculated air to cut down on costs and energy expended to keep the ship temperate.

As early as February,

were warning that this mix could contribute to the spread of COVID-19 aboard cruise ships and other buildings shoreside using similar HVAC Heating, Ventilation and Air Conditioning systems.

"It's standard practice for the air conditioning systems of cruise ships to mix outside air with inside air to save energy," said Qingyan Chen, Purdue's James G. Dwyer Professor of Mechanical Engineering. "The problem is that these systems can't filter out particles smaller than 5,000 nanometers. If the coronavirus is about the same size as SARS, which is 120 nanometers in diameter, then the air conditioning system would be carrying the virus to every cabin."

Chen stated that cruise ships could minimize the risk of transmission by simply using exclusively outside air and not recirculating it within the system -- a technique known as 100 percent fresh air mix.

What Is 100 Percent Fresh Air Mix?

A ship with 100 percent fresh air mix is exactly that -- a vessel with air handling units that only pull in outside air in through the ship's exterior louvres and vents that does not rely on recirculation before exchanging it.

This creates the freshest possible environment onboard, put places extra demands on the blowers, chillers, air conditioning units, and other equipment used for air exchange. All of these systems carry massive electrical power requirements, which in turn puts increased demands on the ship's hotel and technical systems, including the vessel's generators.

"Yes, you have fresh air but it's like driving your car with your windows open and the A/C on," says Windstar's Prelog.  "You're running your chillers and that has an effect on electrical load."

What Measures Are Cruise Lines Taking to Improve Air Quality?

On July 14, Windstar Cruises announced it would refit its entire six-ship fleet with HEPA filters which will be installed on the existing HVAC systems on each ship. These filters will further purify the air onboard.

In addition, the HEPA-filtered air will be treated with UV-C light. Also known as "germicidal irradiation", this process destroys bacteria and viruses that are not trapped in the HEPA filter before they can enter the air mix onboard the ship -- a technology that could be combined with robotic technology on larger ships.

Windstar notes germicidal irradiation has been proven to kill coronaviruses like COVID-19. The new measures came about as a result of the line's new "

" program that also includes a partnership with the epidemiology department at the University of Colorado's Anschutz Medical Center, known for its work and expertise in infectious disease epidemiology.

Air filtration systems, filters and UV-C treatment are just one part of the overall strategy being employed by several cruise lines. Windstar's Chris Prelog notes that having the proper filtration methods for purifying the onboard air are equally as important as enhanced sanitization procedures.

One addition to Windstar's HVAC strategy is an EvaClean electrostatic sprayer with PurTab Disinfectant. It sounds highly technical, and it is. Broken down, the EvaClean electrostatic sprayer uses technology that adds a magnetic charge to the sanitizer solution itself. As the sanitizer is sprayed, the solution attaches itself to surfaces and wraps fully around objects and surfaces to provide entire coverage.

The second component -- PurTab -- is a chlorine-based, hospital-grade sanitizer proven to kill a wide array of microorganisms, including coronavirus and Norovirus.

"This electrostatic spray really does a good disinfection job because the spray technology covers anything you can touch -- hard surfaces, soft surfaces, the carpet," concludes Prelog. "It does all areas, all touchpoints. It really resets everything."