You may also like
Dismiss
Hurricane Irma: A Look Back At the Storm
What Is a Cabana on a Cruise Ship or Private Island?
Cruise Passenger Demographics: Who Will Be on My Cruise?
23 Things Cruisers Love to Complain About
Cruise Policies & Inside Information
How to Book a Suite for Less
Will I Have to 'Social Distance' on My Next Cruise?
Cruise Critic Survey: 76 Percent of Cruisers Want to Sail
Step By Step: How to Submit Comments on Cruise to the CDC
Photos From MSC Cruises' Return to Sailing in the Mediterranean 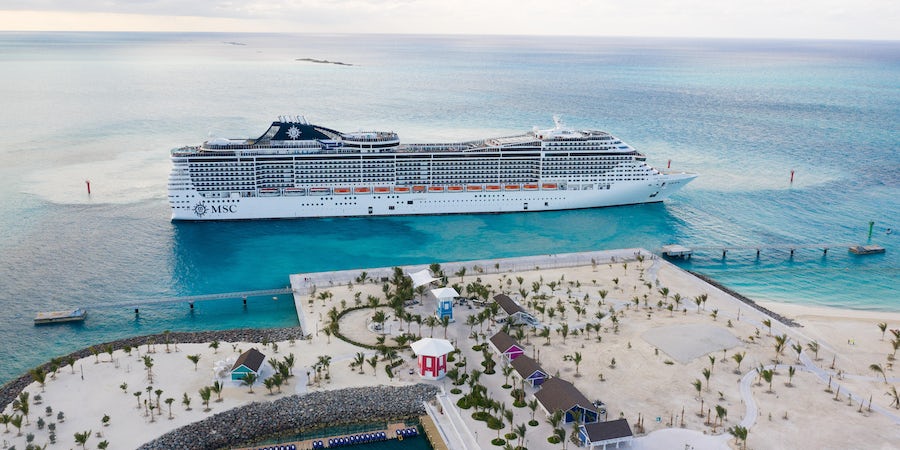 (1:05 p.m. EDT) -- Air and ventilation changes, as well as routine COVID-19 testing, regular temperature checks and embarkation procedures that deny boarding to those who have flu-like symptoms are the changes that Cruise Critic readers would most like the cruise lines to implement.

Conversely, Cruise Critic readers, most of whom have taken more than 10 cruises -- are not willing to cut their vacations short and accept cruises that are less than a week long, with fewer port calls. They also dislike the idea of fewer amenities and reduced turndown service in the cabins, as well as dividing passengers into small groups centered around age.

Related: Why I Love Cruising On The Current Reduced-Capacity Cruise Ships: An Introvert Reports

The findings were uncovered in a Cruise Critic survey, to which more than 5,300 readers responded. The survey was embedded in an article about the European Union's guidelines for the resumption of cruising, polling readers on which measures they found the most and least acceptable.

The guidelines that have been released propose quite a few radical changes to cruising, to prevent COVID-19 virus spread and outbreaks. Among the biggest adjustments: eliminating indoor pools and hydrotherapy pools, and limiting hot tub use; wearing masks onboard when social distancing isn't possible; getting rid of self-service food stations like buffets; and limiting capacity of theaters, lounges and bars.

The guidelines from the EU are just that -- guidelines and not requirements. They do give an idea, however, of what kind of health and safety measures different cruise lines might consider, and other government entities, such as the Centers for Disease Control and Prevention, might require.

Respondents Will Cruise Regardless of Changes

The survey also asked the readers if they would cruise, even if radical changes to the onboard experience were put in place.

More than 41 percent gave a definite "yes" answer, even if they didn't like the new experience. Only a third said that the changes were too much for them to get back onboard. Twenty-five percent were undecided.

The Cruise Critic respondents generally came from an older demographic, with 45 percent in the age 65 to 74 age bracket. About 40 percent of those answering the survey were under 65.

As you'd expect with older travelers, the respondents also had more experience with cruising: nearly two-thirds of those surveyed had been on more than 10 cruises; 27 percent had sailed more than 25 times.

The older age of the respondents might have skewed the results, in terms of what is important to them.

The antipathy toward short cruises makes sense, if you're a retiree who is looking to fulfill your bucket list. Likewise, the positive feedback on masks -- more than 55 percent said they would be OK with them -- makes sense among a demographic that might have more pre-existing health conditions than others.

And while not having an indoor pool could be a deal-breaker for families, only 37 percent of the Cruise Critic respondents saw the measures as unacceptable.