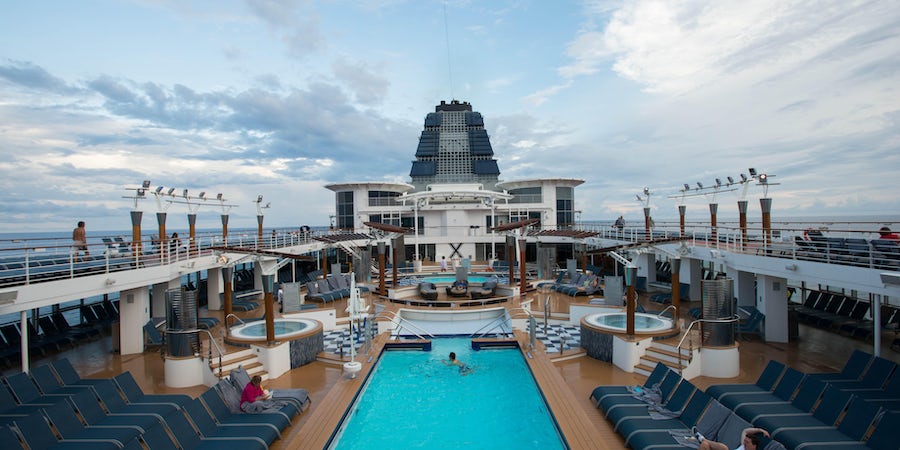 Your Favorite Cruise Ship is For Sale? Here's Why You Shouldn't Panic

As the COVID-19 coronavirus pandemic marches into summer, cruise lines are looking to trim costs -- and that, unfortunately, means that some well-loved ships aren't coming back.

In June, Carnival Corporation & plc announced it would be transitioning six ships out of its collective fleets in the next 90 days. Unclear is whether Costa Cruises' 1996-built Costa Victori, which is being scrapped after being sold to an Italian shipyard for a rock bottom price, counts as one of those six.  The company's brands include AIDA, Carnival Cruise Lines, Costa Cruises, Cunard Line, Holland America Line, P&O Cruises, P&O Australia, Princess Cruises, and Seabourn.

Now, Spanish line Pullmantur faces financial collapse and rumors persist that Sovereign, Monarch and Horizon are all headed for the breakers.

With the cruise industry taking a hit, it's easy to worry that your favorite cruise ship is on the block. Here's why you shouldn't believe everything you read – and while some cruise ships will definitely not be around when the pandemic lifts, many vessels listed for sale aren't necessarily done for.

As numerous Cruise Critic members have noted, some ship brokerage websites floating around have a wide array of cruise ships advertised on them as being up for sale -- and they're not always the oldest vessels.

Related: Carnival Onboard Credit: How to Get It and Where to Spend It

While these sites do not list ship names, pictures make it clear that, at least according to these brokerages, several of Carnival's Fantasy Class vessels (which include Carnival Fantasy, Ecstasy, Sensation, Fascination, Imagination, Inspiration, Elation and Paradise) are for sale. Holland America's much-loved S-Class (think Maasdam, Veendam) are there as well.

More surprising: ships from Celebrity's Millennium Class, which includes Celebrity Millennium, Celebrity Infinity, Celebrity Summit and Celebrity Constellation, dating back to 2000; and some members of Royal Caribbean's popular Radiance Class, dating back to 2002 and including Radiance, Brilliance, Serenade and Jewel of the Seas, are there as well.  And it is the inclusion of those still relatively-young vessels that has spooked readers.

Why You Shouldn't Necessarily Worry

Cruise ships are sometimes sold to other companies and operated on a leaseback agreement. This helps the cruise line free up cash flow while still maintaining operational control of the ship.

The owner can be another cruise line, a bank or a holding company. For example, Marella Celebration -- formerly Holland America's Noordam of 1984 -- was owned outright by Holland America Line up until 2018, despite the fact that Marella/Thomson UK had operated it since 2005.

ICBC Leasing, for example, has played a part in the maritime industry, offering sale and leaseback services, operating leases, and joint leases to allow companies to maintain flexibility and manage risk. The firm currently has a four percent stake in unnamed vessels throughout the cruise industry, rising to over 29 percent in leases of dry bulk carrier cargo ships.

These transactions are often internal matters, and are not often disclosed to passengers, simply because there is no need to. Airlines have a similar model whereby some aircraft are owned by aircraft leasing firms like GECAS (GE Capital Aviation Services, a division of GE Finance and General Electric). These aircraft are still painted in the airline's livery, operated by the airline's crew, but are not owned outright by the airline.

A simplistic consumer version of this would be a car lease. If you lease a new car, you don't own it -- the car manufacturer does. It doesn't affect your ability to drive the car or enjoy the car. It merely affects whose title is on the insurance papers. At the end of your lease agreement, you either purchase the vehicle for a predetermined price or return it to the dealership.

Because a ship may be listed on a ship brokerage website does not necessarily mean it will not return to service with a particular cruise line. Nor does it mean that the ship is destined for the scrap yard.

The practical matter remains that cruise lines still need some smaller, older vessels to operate certain runs. The world's largest cruise ships cannot clear Vancouver's Lions Gate Bridge, nor can they clear the Bridge of the Americas to transit the Panama Canal.

Some ports do not have piers long enough to accommodate the newest cruise vessels, making smaller, older ships more flexible in their deployment options -- even if they perhaps don't offer all the bells and whistles of their newer fleetmates.

While cruisers have strong affinities for their favorite ships, some of those listed as being up for sale are among cruiser's favorites.

Carnival's Fantasy Class pioneered cruising when Carnival Fantasy hit the waves in 1990. Thirty years later, these workhorses are still beloved amongst Carnival's FunShip aficionados, who prize them for their easy-to-navigate decks, colorful Joe Farcus-era décor, and their multitude of shorter cruise itineraries.

Of the Fantasy Class, the 1998-sisters Carnival Elation and Paradise offer a number of enhancements over their older siblings, including azipod propulsion, that may keep them in the fleet a little while longer.

Royal Caribbean's Vision and Radiance classes are similarly beloved. The 1996-built Grandeur of the Seas, which for the past several years has made its home out of Baltimore, is affectionately referred to by Cruise Critic members as "Lady G" and even boasts its own Facebook fan page.  Part of the Vision Class, these ships were originally called "ships of light" thanks to their multi-story dining rooms and soaring atriums blanketed by floor-to-ceiling walls of glass.

The Radiance Class, which was introduced in 2002 with the debut of Radiance of the Seas, is considered by many to be among the most beautiful of the modern cruise ships. A staple on the Alaska and European runs, this class of ship is more modern and spacious than the Vision Class and commands a loyal following wherever they sail. Exceptional features include a bank of glass elevators that run along the vessel's port side, and some of the most attractive two-storey dining rooms in the Royal Caribbean fleet.

That's to say nothing of Holland America Line's Maasdam -- the ship with such a strong, loyal following that the line has kept it around, essentially unchanged, since its debut in 1993. In recent years, Holland America has turned it into a pseudo-expedition ship, sending it on globetrotting voyages to far-flung places.

But small, older ships and outliers in the fleet may hang around for some time. Royal Caribbean brought the petite Empress of the Seas (1990) back from Pullmantur in 2016 in order to operate voyages to Havana. While those cruises are cancelled, Royal Caribbean was seeing success in deploying its smallest, oldest vessel on more off-the-beaten-path itineraries that wouldn't make economic sense for a much-larger Voyager or Freedom-class vessel.

Downsizing is certainly coming to the cruise industry, though for now it remains unknown what form this will take, and which ships will be affected.

Related: Is the CDC Canceling Cruises? We Answer This and Other Omicron Cruising Myths

A plausible possibility is that some vessels in each class of ship will leave. If a vessel has four or five near-identical sisters, those with ongoing mechanical or other issues will likely be put up for sale. Ditto for ships that perhaps no longer fit in with the company's overall fleet strategy.

In this respect, cruising is quite similar to airlines. Faced with mounting losses due to the COVID-19 coronavirus pandemic, airlines accelerated their fleet departures. Some of these were no surprise, but in some cases, airlines retired newer aircraft that no longer fit with their fleet strategy.

Until something official is announced, the fact is that speculation on which ships will be sold is just that -- speculation. Even if a vessel is listed on a brokerage site, it could be sold to an interested third-party and leased back.

Related: Will Cruise Ships Be Sailing to Cuba Again Soon?

On the downside, the market for second-hand tonnage has all but disappeared as operators around the world look to cut costs. In the pre-COVID era, ships like Costa Victoria would have been sold to another operator. Now with cruise lines strapped for cash, the reality is that more ships will head to the breakers years before their time.