You may also like
Dismiss
Mega-Chart: Compare Hurricane Sandy Cruise Line Compensation
Hurricane Irma: A Look Back At the Storm
23 Things Cruisers Love to Complain About
What Are Carnival's Early Saver Cruise Deals?
Weaving 'Herstory': Q&A With the History-Making International Women's Day Cruise's Female Officers on Celebrity Edge
How Reassuring are New Cruise Cancellation Policies Really?
How To Cope With Cruising's Pause? Plan Far, Far Ahead
Cruise Lovers Share "Why We Can't Wait to Sail Again!"
Step By Step: How to Submit Comments on Cruise to the CDC
New Cruise Critic Survey Shows Travelers Feel Safer Cruising Compared to Other Common Activities 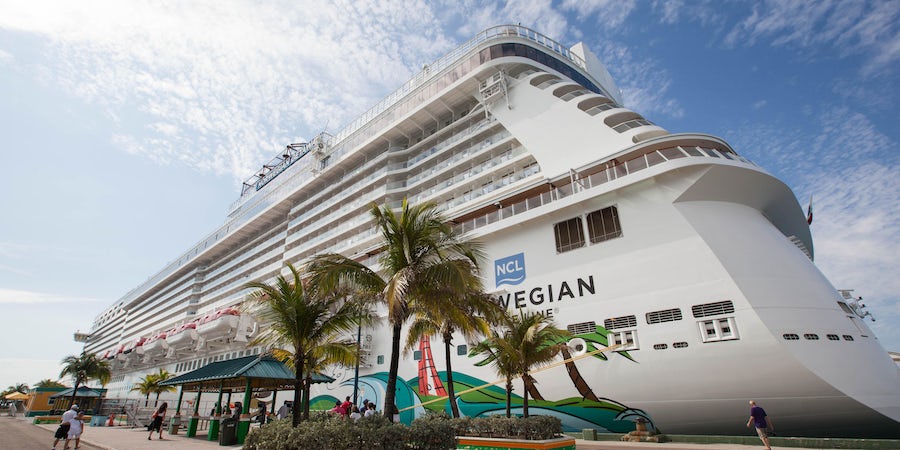 Despite COVID-19's ongoing impact on the travel industry, 76 percent of Cruise Critic readers said they'll book a cruise in the future, with more than a third saying they're already looking for that next cruise vacation.

Most of the readers surveyed by Cruise Critic are avid cruisers -- many who have taken 10 or more cruises. Of those looking to book, most plan to cruise seven months or more from now. Only three percent say they won't book another cruise.

With cruising on pause since mid-March, travelers have been asked by the cruise lines, in most cases, to either full refunds or future cruise credits, to be used for sailings down the road. Given this choice, 77 percent of Cruise Critic respondents said they chose the FCC.

Those who have seen their cruises canceled, though, are taking their time to decide on their next cruises. Some 48 percent say they're still deciding whether to book another cruise, while 30 percent say they will but haven't yet. When asked what would make them feel more confident about booking, respondents said they needed to see travel restrictions and warnings being lifted, COVID-19 cases decreasing and a COVID-19 vaccine.

For a look at recent sentiment among cruisers, we pulled results submitted between June 5 and June 16, from 3,571 respondents in our Cruiser Sentiment Survey. Here's what our audience had to say.

Booked Cruises: When & Where Are They Sailing?

Many respondents currently have a cruise booked, and most are still planning to sail -- though most of these sailings are further in advance. The Caribbean/Bahamas and Bermuda top the list of destinations people would like to visit, followed by Europe (which includes the Mediterranean, a popular summer destination) and North America (which includes Alaska).

Canceled Cruises: How Has the Experience Been?

Since March, the industry-wide pause has affected a significant number of sailings. And while we've seen many people on our forums discuss frustration over the delay in issuance of refunds or future cruise credits, respondents to our survey have rated the cancellation process rather positively.

Those who have gone through the cancellation process were asked to rate their experiences on a scale of 1 to 5, with 5 being "very satisfied."

Related: When Will Cruises Start Again in Australia? An Update on the Current Australia Cruise Ship Ban

Unsurprisingly, those most confident about returning are avid cruisers who have been on 10 cruises or more. Experience proved to be the most significant driver of cruise intent -- far more so than age.

When Will They Sail?

The million-dollar question, of course, is when will people sail. The current cruising suspension is scheduled through mid-September, with some cruise lines announcing even longer bans. And while return to service will dictate when cruisers can actually board ships, they're still looking at booking, with most focused on seven months or more from now.

Related: How To Cope With Cruising's Pause? Plan Far, Far Ahead

While lines like Royal Caribbean and Carnival have said cruisers shouldn't expect deep discounts on cruises because of the pandemic, cruisers still say the most important factor for booking a future trip is price. Given five options, of which respondents could choose several answers, most listed scoring a great deal as the top consideration.

Related: 3 Ways to Make the Most of Wave Season Cruise Deals

Cruise lines are slowly providing information about potential health and safety measure coming to the industry,  but details are still scant. Cruisers have said they would like -- and in many cases, expect -- changes to be made onboard and in the approach that the lines take to overall health testing and screening.

The most popular among those changes include:

Related: Onboard Health and Safety Essentials to Pack for Your Next Cruise

Are you interested in contributing to our ongoing study? Fill out the survey here.