You may also like
Dismiss
50 Years of First Royal Caribbean Cruises
Cruise Policies & Inside Information
Cruise Critic Members Shout Out a Few of Their Favorite Crew
Weaving 'Herstory': Q&A With the History-Making International Women's Day Cruise's Female Officers on Celebrity Edge
Why Germ-Zapping Robots and AI Technology Could Be the Future For Cruise Ships
Will I Have to 'Social Distance' on My Next Cruise?
Photos From MSC Cruises' Return to Sailing in the Mediterranean
Are Spas and Indoor Pools Still Open On Cruise Ships?
Cruise Beach Bars We Miss in the Caribbean
Post-Covid Cruising: How Close to Normal is Cruising Right Now? 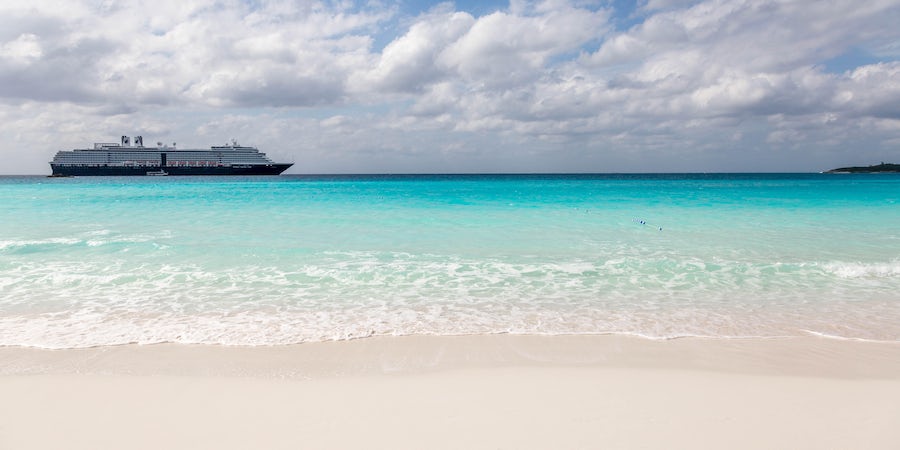 A number of cruise lines have already detailed what new health protocols we can expect to see onboard, while others are still in the discussion stage.

With Cruise Critic members posting many of their own ideas for post-COVID-19 cruising in the forums, we took a look at what changes they'd like to see -- if any -- before they get onboard.

COVID-19 tests taken before you board emerged as a suggestion from Searanger on the Royal Caribbean forum.

Related: Will The Delta Variant Affect Your Cruise?

"Can the cruise lines not test passengers prior to embarkation on their ships? This then solves all the problems with social distancing, masks, half full ships etc." To make embarkation day run smoothly, Searanger added that the lines could move up  embarkation day by 24 hours.

This is not so far-fetched -- Australia-based small ship cruise line Coral Expeditions is doing that, as are small ship lines such as UnCruise and Maine Windjammers, which operate in states, Alaska and Maine respectively, that require negative COVID-19 tests from all tourists.

Responders were quick to tear apart the suggestion, however.

"A negative test result can mean you are tested too early," said Mek. "A person can test negative and still be infected and pass the virus onto others."

And Panoramaofthepast said: "Logistically - where are they going to get enough tests? We waited in line for five hours this week; the testing site closed when it reached 500. Our results will be in within 5 days. It would be a boondoggle!"

One of the most crowded activities onboard is the muster drill, in which everyone at once is required to gather in specific spots, as ToxM points out: "a real pinch point for virus transmission … a lot of people in a smallish space, especially once it is over."

He notes that this is more of a big ship problem, as smaller lines have much higher passenger-space ratios.

On the Royal forum, gadabout girl suggests: "They could have several muster drills. Just assign a time and note it on the card. Hey, they might even be able to do them inside; perhaps in the theater with spaced seating and no one would need to stand outside in the sweltering heat."

One of the most contentious issues being discussed on the message boards -- and in the wider media -- is the question of buffets.

Last month, Richard Fain, Royal Caribbean's Chairman and CEO, announced the end of the cruise ship buffet as we know it -- and then swiftly backtracked to explain that the buffet itself wasn't going away, but that passengers might have to be served as opposed to grabbing food themselves.

ToxM wrote a list of things he'd like to see changed on the P&O Cruises forum, including a buffet overhaul, commenting: "it's awful, it needs to go or be changed hugely"

"I think eliminating the Windjammer is long overdue," joelheather wrote on the Royal forum. "Those that have been cruising for more than 20 years will remember the elimination of the midnight buffet, and we all survived and kept on cruising."

Others like the idea of adjusting the buffet, rather than eliminating it completely. "My suggestion is to have assigned times for peak buffet periods much like the dining room," Mary229 wrote on the Holland America Line forums. "The entertainment has become more digital anyway so I don't think I would be missing much."

But some see buffets as a make-or-break issue. "As for no Buffets … No Buffet = No cruising for us," said FiftyOnePlus on the Royal forums)

Another idea that has been raised frequently – and adopted by several of the small ships returning to European and American rivers – is reduced capacity. Many cruisers are speculating what ships built for thousands will feel like with fewer people onboard.

"I am wondering what half capacity will look like. I am sort of looking forward to it," said Butterbean1000 on the Carnival forum. No long lines. More available loungers on Serenity. More room in the pools. No more crowded elevators. It might not be so bad."

MsTabbyKats responded to the suggestion with a pretty tough new reality:

"They won't have production shows. The dressing rooms are very tight. The performers won't be able to social distance and they need to "speak" loud to project their voices and be close/have physical contact with each other. If they sail, they'll probably substitute one-person acts."

Even one-person acts in the comedy club would have to change, she continued, in order to keep people six feet apart. "And nobody will be able to sit 'up front' because you'll be too close to the entertainers.

"You are thinking in terms of "things how they were"....at half capacity," MsTabbyKats said. "Things won't be 'as they were.' The capacity per showing will be less than half."

One of the great pleasures of cruising is the social aspect -- i.e. meeting new people -- and one of the best ways to do that is at shared tables. Several people suggested that getting rid of them, so you could solely sit with your own party, would be just fine.

"If the ship is clean, maintained, the food is fresh and tasty I am just fine," said Mary29. "I am a natural social distancer so not a biggie for me."

For extroverts and solo travelers, eating all meals with just your own party or by yourself defeats the purpose of cruising.

"If the "new normal" meant that these latter pleasures were not available, the attractions of cruising would be greatly diminished," said Denarius. "I see no attraction in a "holiday" on which I must remain at a minimum distance from other passengers and possibly dine alone. I would be unlikely to bother under those circumstances."

Another area that cruise lines are talking about is putting in a ticketing system for the theaters, so that cruisers have assigned times. This is very common on the largest cruise ships, such as Royal Caribbean's Oasis-class ships, where passengers usually book their show times well before boarding.

"The theaters could go to a reservation system and Perhaps you would not be able to get a reservation every night but for me, personally, that is not a big deal," Mary29 said.

Related: Online Reservations: Tips and Tricks for Booking a Cruise at Home

SonofAnarchy suggested that one way to get around limited seating would be to broadcast the shows into cabin TVs.  "At least those who can't get into the venue early enough to get seats can watch from their cabins. Indeed some pax might prefer to watch the show from their cabin."

A debate is taking place on the Royal boards about how best this can be handled, particularly around the question of self-assist, where people often line up in the ship's atrium to be able to get off first.

Some posters feel that self-assist and the crowds it often creates will add to the problems that ships already face with social distancing. But others think it could provide a solution to the issue of sanitizing shared surfaces.

"I think Self-Assist will be promoted more because it has people's luggage in fewer hands. More spacing will be needed, though, to ensure social distancing. Maybe a certain number per 30-minute time slot?" said cruisequeen4ever.

Even though life on land has changed dramatically, particularly within travel, many cruisers still say the same thing – they do not want to see any changes at all.

"Why bother with all the perceived restrictions?" said Ioman. "I will wait years for this to get sorted out. No rush for me."

That's a bit of a pipe dream, however. The regulations that are sure to come from the Centers for Disease Control and Prevention (CDC), as well as other government health agencies, are almost surely going to require mainstream cruise lines to make changes before they start.

Given what we've seen already on smaller lines and with destinations that require COVID-19 testing before you go, the cruise experience will be very different from what it was pre-Covid-19 -- and cruisers will have to be prepared for that.