You may also like
Dismiss
Which Cruise Should You Take to Cuba?
Top 8 Long Haul Short Break Cruises
Swimming Pigs Excursion on a Bahamas Cruise
6 Best Babymoon Cruises
What's Free at CocoCay? Here's What You'll Pay for the Perfect Day
Where You Can Cruise to Onboard Princess' Newest Cruise Ship, Sky Princess
10 Things You Should Never Do on a Cruise Line Private Island
10 Best Cruise Destinations for Hot Air Balloon Rides
Virtual Cruise Trip Report: Onboard a Cruise Critic Member's "Fake, Made Up and Completely Impossible" Cruise Itinerary 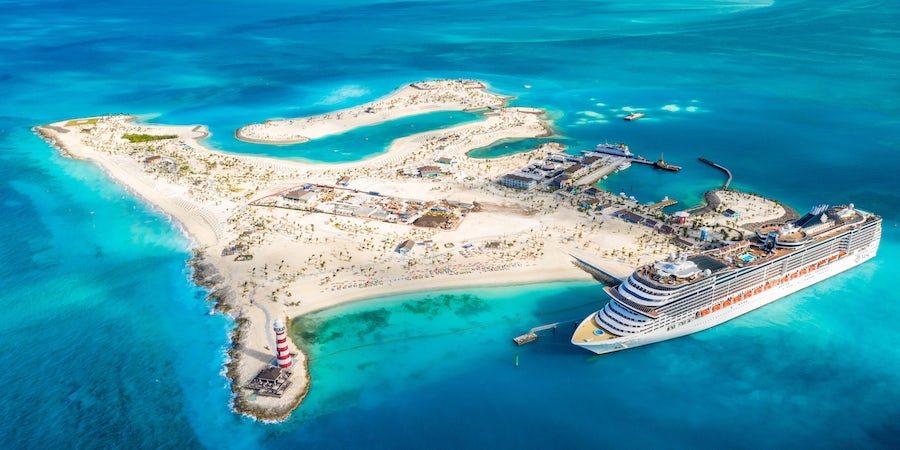 Will Private Islands Be The Best Way For Caribbean Cruising to Return?

With destinations remaining leery of cruise ships after the COVID-19 pandemic, many cruise fans wonder: Could the cruise line private islands be the best way for American-based ships to return?

The arguments for private islands have merit. The islands, mostly in the Bahamas, can be reached within a day of Miami, Fort Lauderdale and other Florida ports, making them a great choice for a short itinerary. They present a controlled environment, where the cruise lines can dictate social distancing and other potentially new policies. And they are also cash cows for the lines, which control all shore excursions, as well as lucrative cabana and clam shell rentals.

And, most importantly, they are extremely popular with cruise passengers.

"I would do it in a heartbeat," said Aquahound, on a Cruise Critic thread asking members whether they'd sail if the ship only visited private islands. "Like some of the others, I sometimes cruise for the destinations. However, other times, I cruise for the purpose of disconnecting from my normal routine. A private island cruise is a great way to just relax and disconnect. No cell phones, no news, no cares.

Related: What's it Like to Cruise During COVID-19 Omicron Surge? Cruise Critic Members Tell Us

"Actually, that sounds like heaven to me right now."

Before cruises paused operations in mid-March, private islands had already become a major focus for the cruise lines, with substantial financial investments from multiple lines.

One of the blockbuster industry developments of 2019 was the complete overhaul and reimagination of Royal Caribbean's private island, CocoCay.

Related: The Future of Cruises and the Cruise Industry, 2022 and Beyond

Designed to be the first in a series of the Perfect Day Island Collection, with private destination development in Asia, Australia and elsewhere in the Caribbean, Perfect Day at CocoCay was transformed into a full resort, with the tallest waterslide in North America, the largest wave pool in the Caribbean and an iconic hot air balloon that rises high above the island.

MSC made a major investment in Ocean Cay MSC Marine Reserve, a private island development that restored a sand excavation site into a recreational experience that also focuses on wildlife. The island, which opened in December 2019, had just started to become a regular feature on Caribbean itineraries when cruising closed down.

Norwegian Cruise Line had revamped Great Stirrup Cay, unveiling a high-end section called Villas at Silver Cove, as well as a Moet champagne bar, a new zipline and an onshore spa. Norwegian's other private island, Harvest Caye, is off the coast of Belize; sister brands Oceania and Regent both include it as a stop on Western Caribbean itineraries.

In addition to improving the options on the private islands, the cruise lines had invested in ways to stay longer at the island. On its Ocean Cay stops, MSC encouraged passengers to go back to the island after dinner for a cultural performance and a firework shop. Perfect Day at CocoCay also had trialed longer stays and multiple visits on the same itinerary. Cruise newcomer Virgin Voyages added its private stop, Bimini Beach Club, to all its itineraries and touted its late-night beach parties.

The nine lines that make up Carnival Corp. also have various private islands in the Bahamas, including Princess Cays and Half Moon Cay; Carnival also stops regularly at its privately developed ports Grand Turk and Amber Cove, located in Turks & Caicos and the Dominican Republic, respectively. Disney, too, has made its private island, Castaway Cay, a prime attraction of its Caribbean cruises, often already putting them as a marquee stop on shorter itineraries from Port Canaveral.

Private Islands Could Become the Centerpiece of Shorter Itineraries.

A few cruise line executives have openly discussed how private islands might be key to returning to service, particularly if passengers become more inclined to book shorter cruises.

Having a private island as a prime destination takes away any concerns from passengers that an island country could turn away a cruise ship, something that happened frequently when the COVID-19 pandemic first erupted.

And a shorter itinerary with fewer stops, particularly to a private island where the conditions can be contained, might be the type of cruise that appeals to post-COVID-19 travelers, said Ken Muskat, executive vice president and chief operating officer of MSC Cruises.

"I think the private islands are going to play a major role in the future of cruising," Muskat told Cruise Critic. "People are going to be looking for some of these quick getaways, or some itineraries that aren't super port intensive … maybe with a few more days at the private island, knowing that's a secure environment."

Richard Fain, CEO and chairman of Royal Caribbean Cruises Ltd., has also said publicly that Perfect Day at CocoCay is an important asset for the company when cruises return.

"Our private destinations like Perfect Day At CocoCay in the Bahamas will be of real value, because everybody there will work for us and be subject to our health policies," he told

Barron's in a May interview

after the company's Q1 earnings call. "Whereas if you go to some other place, maybe there is potential exposure."

Other cruise line executives have played down the impact of private islands, noting that most passengers book for different destinations.

"I'm hopeful that while our private islands and destinations … play a prominent role as they have in the past from a guest experience standpoint, that they'll be part of an itinerary that includes experiencing more broadly the culture, the people, the heritage, the history of the places that we're sailing in," Carnival Corp. CEO and President Arnold Donald told Cruise Critic. "I think that makes for a more interesting experience for the guest, and obviously it's an economic driver for the people of those places.

Related: Will You Have To Wear A Mask On Your Next Cruise? Probably

"So, I'm hopeful that while our private destinations are rated extremely high and people love them and obviously they're going to feel that much more comfortable because they have less exposure, that it'll still be part of a more comprehensive itinerary so the full benefit of cruise for the guest and for the places we touch are realized."

Frank Del Rio, president and CEO of Norwegian Cruise Line Holdings, expressed a similar view. "Certainly having two private islands … is a huge asset because that's a controlled environment," he told Cruise Critic in a May interview. "But I can tell you that the vast majority of ports around the world want us, and want the industry to come back. They recognize that we are a big economic engine for their economy, especially places like the Caribbean."

One destination that would clearly benefit from a focus on private islands: The Bahamas. The island group, which had already faced tourism challenges because of damage from Hurricane Dorian in 2019, is reopening to travelers July 1.

"If we focus on volume, cruise ships with private island-driven itineraries represent a positive impact for our economy," said The Bahamas' Minister of Tourism of Aviation, Dionisio D'Aguilar, in an email to Cruise Critic.

"Many ships stop at their private islands alongside visits to Nassau and Grand Bahama, providing passengers with two or three unique destination experiences, as well as ensuring spillover effects from increased guest spending.

"We are also looking at ways to generate additional revenue from these private islands -- whilst working to ensure greater guest spending within Nassau and Freeport -- such that the benefits may be more equitably distributed among the Bahamian people."