You may also like
Dismiss
17 Epic Cruise Fails (Reader Edition)
How Not to Be Rude on a Cruise: 10 Ways to Make the Crew Love You
5 Things You Didn't Know About Booking a Costco Cruise
Life Lessons Learned from 'The Love Boat'
Hurricane Harvey: A Look Back at the Storm
50 Years of First Royal Caribbean Cruises
Cruise Critic Members Shout Out a Few of Their Favorite Crew
Weaving 'Herstory': Q&A With the History-Making International Women's Day Cruise's Female Officers on Celebrity Edge
Photos From MSC Cruises' Return to Sailing in the Mediterranean 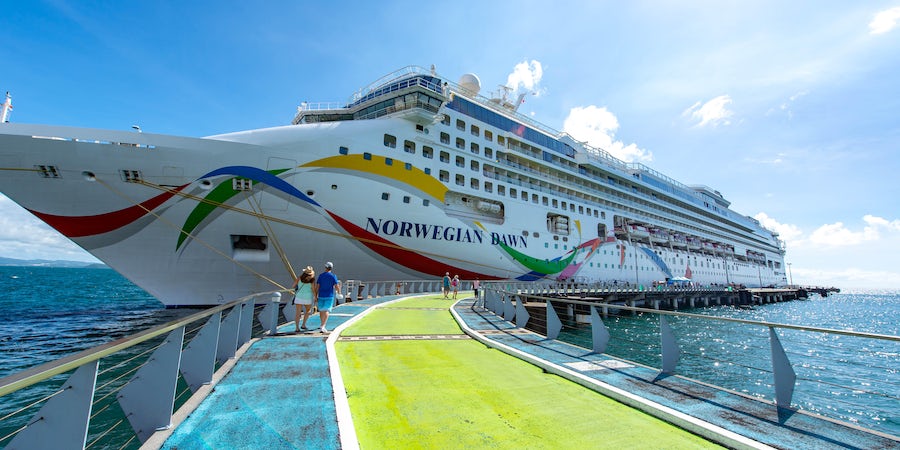 6 Cruise Memories That Will Warm Your Heart

Part of what makes cruising special is the people you meet along your journey, from crew members to fellow passengers. Whether it's strangers helping a couple get home during the COVID-19 pandemic, crew members going out of their way to help make your cruise exceptional, meeting the love of your life onboard or making lifelong friends -- these are memories you'll never forget.

Here are six cruise memories from Cruise Critic's members that will warm your heart.

1. All Hands on Deck

"My cousin and I just got off of the Norwegian Dawn… Due to the effects of chemo, my cousin has mobility issues and had to use a scooter. I can't say enough about the crew and passengers who were so very kind to us during the trip…

"I really wanted her to be able to go into the water at Great Stirrup Cay, but she was so scared since she is unstable on her feet. As I walked her to the water, passengers whom we never met came to her assistance. Upon getting out of the water, again, the passengers jumped right in to help.

"A special thanks to the young man who held her arm and around her waist to assist, you are to be commended. Thanks also to the women (one was an occupational therapist) who offered assistance to her getting out of the sand wheelchair. She had a great 'first cruise experience' thanks to all of you!" -- MaryLS

"I have read so many sad stories on these boards of items lost onboard, never to be seen again, that I wanted to let people know that there are honest passengers and that the front desk staff is not always unresponsive or uncaring.

"On embarkation day, as we were exploring the ship, I, in a totally boneheaded move, took off my ring to put on my sunscreen. I put the ring in my pocket and promptly forgot about it in the excitement of the day. A couple hours later, I remembered it, put my hand in my pocket, and it was gone. It was my engagement diamond, which I had had reset in a custom design with some added little emeralds after my divorce. We had been all over the ship by the time I realized it was gone…

"Expecting nothing, but encouraged by my think-positive sister, I stopped by guest services on the busy embarkation day, told my tale of woe and described the ring. The woman I spoke to said, 'Wait just a minute,' and went into a back office. She came back with my ring, carefully wrapped in tissue and labeled with the cabin number of the person who found it… I called their cabin to thank them, and I offered them a steakhouse dinner on me. She said her 10-year old daughter found it and just wanted to do the right thing." -- Joanne G

3. Romance on the High Seas

"Best memory I've had in all of my cruises is, I met my husband on sic the Majesty of the Seas in April 2005. We married in March of 2007 on the beach in Long Bay, Jamaica. (lol, yes he was a crewmember). 14 years later and we are still going strong." -- colinswife

"We were sailing on Anthem of the Seas… we had a shore excursion that brought us back to the ship at about 2 p.m. in the afternoon. We had just gotten back to our room, the kids were showering and we were thinking we need to hurry up and get some food now, running that razor thin line of 'we are hungry now, but if we wait too much longer to eat, then we won't have appetite for dinner' … then the doorbell rang.

"I opened the door and in walked three people with trays and table cloth… they set the table and put out all the food the kids had been eating from Johnny Rockets for lunch for the last four days … burgers, fries, onion rings, as well as a couple quesadillas and a pizza.

"The Genie had looked at our schedule and thought we might get hungry, so arranged without even asking for the food to show up right when we were expected to get back." -- dodgestang

"On one of our early cruises we were with friends and had a terrific maitre d'. He did the usual stuff the first night coming over and saying hello. Finding out a little bit about the group of us. Each night he stopped by and said hi, found out a little bit more about us… then came Friday night and he brought over a challah and some kosher wine, so we could make Kiddush a blessing with our dinner. It was a lovely gesture…

"We connected with Jacob on Facebook and sailed with him since then, as luck would have it. As much as the 'toys and fun things to do' make for a great Royal experience, it is the people who make it special." -- Paulette3028

6. Blast From the Past

"Our first cruise was on the Song of Norway, and it was for my wife's 30th birthday in 1969. As we were pulling into Puerto Rico. and going by the two sides that used to guard San Juan, I was up on one of the decks having a smoke and enjoying my first glimpse of San Juan when a guy came up and stood next to me. I took a quick look at him and turned back to the view.

"But something came over me and I looked at him again and again. Then I caught him looking at me also. I excused myself for staring at him and told him he looked familiar to me. He said I did also. After questions about where we lived, it dawned on me. He was in the bunk bed above me on the troop ship The Alexander Patch as we were on our way overseas in 1952. We spent a week together in really bad weather and when we got off of the troop ship, we both said we would never get on a ship any bigger than a fishing boat. We now keep in touch and even went on a couple of cruises together with our wives." -- george35