You may also like
Dismiss
Fort Lauderdale vs. Miami Cruise Port
Which Cruise Should You Take to Cuba?
Faster to the Fun on Carnival Cruises
Top 8 Long Haul Short Break Cruises
Hurricane Irma: A Look Back At the Storm
Can I Cruise to Niagara Falls?
How to Save Money on a Carnival Cruise
How to Check In for a Cruise
Where You Can Cruise to Onboard Princess' Newest Cruise Ship, Sky Princess
Pictures of Norwegian Encore 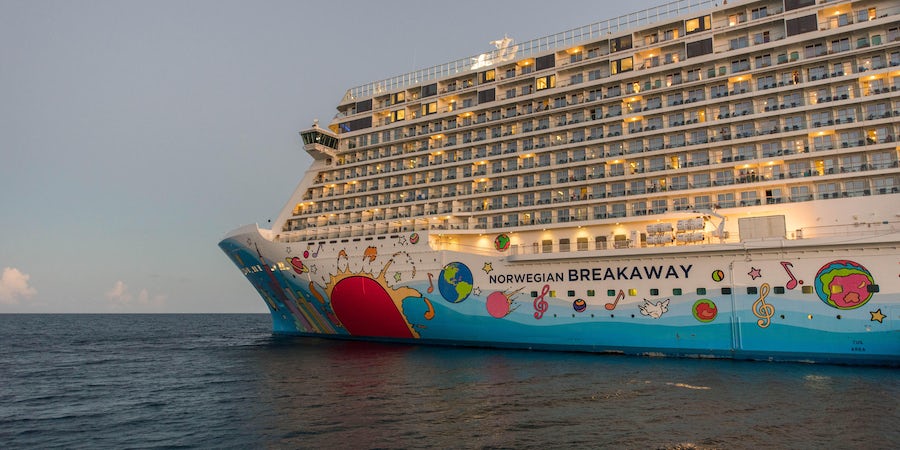 What Is a Closed Loop Cruise?

You might have heard the term "closed loop cruise" in reference to a sailing and wondered what it meant. While it does have to do with the ports on the itinerary -- forming a complete loop, if you will -- it's a bit more complicated than that.

After 9/11, the U.S. government ramped up border security, and launched the Western Hemisphere Travel Initiative (WHTI) in 2009 to clarify documentation requirements for people traveling into and out of the U.S. Closed loop cruises are a special category within the WHTI guidelines, and sailing on one means you can provide different I.D. than on other cruises traveling to or from the U.S.

Here we define what is a closed loop cruise and what it means for your travel documentation.

What is a closed loop cruise?

Maritime laws do require that a foreign port of call is included for ships not flagged in the U.S., which explains why most Alaska cruises make a stop in Canada. A common closed loop sailing might include embarkation in New York with a call in Bermuda, before returning to New York.

What documentation is required for U.S. citizens to take a closed loop cruise?

For U.S. citizens, a passport is not required to take a closed loop sailing (though it's always recommended, especially when visiting foreign ports of call). It's worth noting that select ports of call -- like the island of Martinique -- require a passport to enter, so it's always best to check with your travel agent, a cruise line representative or

on necessary documentation for each voyage.

U.S. citizens on closed loop cruises have two options for providing documentation to re-enter the U.S. from Canada, Mexico and the Caribbean for sea border crossings at the end of their trip. They can present a passport, passport card or Enhanced Driver's License (EDL) and only need to show one document. Or, if they don't want to apply and pay for these documents, they can show a government-issued photo ID (such as a driver's license) and proof of citizenship (typically a government-issued birth certificate issued by the Vital Records Department in the state where he or she was born).

Related: Do You Need a Passport to Go On a Cruise?

This second option is not applicable to other types of cruises or border crossings; it's specific to closed loop cruises.

Americans under the age of 16 only need to present one document, either an original, notarized or certified copy of their birth certificate; a Consular Report of Birth Abroad issued by Department of State; or Certificate of Naturalization issued by U.S. Citizenship and Immigration Services. Of course, a passport would also suffice.

What documentation is required for non-citizens residing in the U.S. to take a closed loop cruise?

Even though most Caribbean islands do not require more than a photo ID from U.S. citizens to visit on a cruise, they might require a U.S. Lawful Permanent Resident (LPR) to have one, along with a visa, according to U.S. Customs and Border Protection. An LPR is required to present an I-551 (Green Card) for reentry into the U.S.

If you are not a U.S. citizen or an LPR, but live in the United States, you will need a passport and/or the appropriate documentation based on the status you are seeking in the U.S. for any type of cruise (closed loop or not).

Related: Do You Need a Passport to Go On a Cruise?

If you are traveling under the Visa Waiver Program, your I-94W (immigration stamp) that you were issued when you first entered the U.S. can be used for reentering the U.S. at the end of your cruise. The cruise must end before your 90-day admission period has expired, and travel beyond the U.S. for more than 30 days is not allowed.