You may also like
Dismiss
5 Reasons You Should Worry Less About Norovirus on Your Cruise
Cruise Trends 2017: Cruise Critic's 10 Biggest Predictions
Flying to Your Cruise: A Guide to Long-Haul Airports, Airlines and Flights
How to Retire or Snowbird on a Cruise
10 Stupid Questions You Should Never Ask in Alaska
What Is a VAT Tax and Where Will You Find It on a Cruise?
Is It Safe to Cruise the Nile River?
6 Cruise Ports and Regions That Have Banned Sunscreen (and What to Use Instead)
Cruise Vision 2020: The Future of Cruising in Australia and New Zealand
Tallying Up the Economic Fallout from the Lost 2020 Alaska Cruise Season 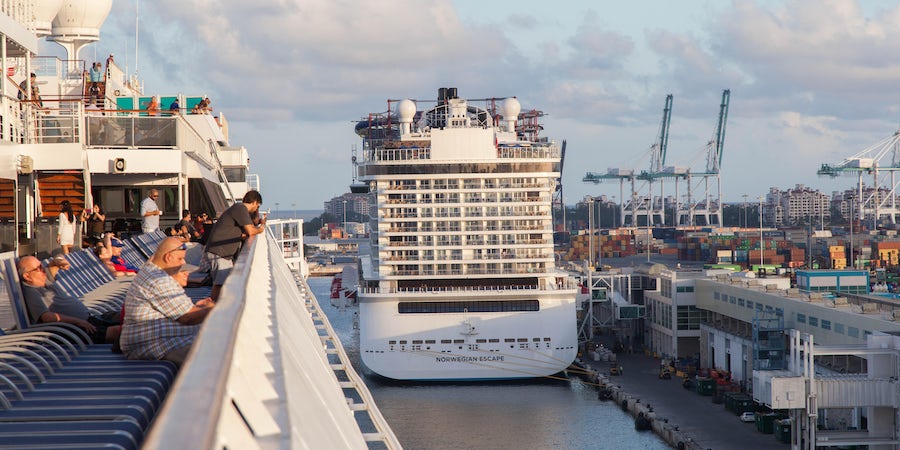 What Is the Economic Impact of the Cruise Industry in the United States?

Cruising is a global industry, with economic contributions that extend beyond the taxes cruise lines pay and the onboard personnel they employ. In the United States alone, cruise lines support a domino effect of businesses that ultimately employ hundreds of thousands of people and contribute billions of dollars to the economy.

A November 2019 report titled "The Contribution of the International Cruise Industry to the United States Economy" from the Cruise Lines International Association (CLIA), the industry's trade association, outlined the direct and indirect ways the international cruise industry creates its economic footprint. Cruise Critic took a look at that, as well as other reports, to examine the industry impact.

According to Statista, a provider of market and consumer data, the North American cruise industry directly employed about 246,000 people in in the United States and Canada in 2018.

Direct employment by the cruise lines in the U.S. (including those working in the lines' corporate offices and in call centers taking reservations) in accounted for wages and taxes paid to U.S. federal, state and local tax jurisdictions of $1.67 billion in 2018, according to CLIA's report.

Related: What Is a VAT Tax and Where Will You Find It on a Cruise?

The industry's impact on indirect jobs --  which can include anything from port services and taxi or bus drivers to food and beverage suppliers, apparel and textile manufacturers, real estate purchases and leases, and more -- is greater.

According to the CLIA report, the cruise industry's direct expenses in the United States amounted to about $23.9 billion, resulting in an estimated 172,326 direct jobs throughout the U.S. economy, paying $8.32 billion in wages and salaries in 2018. Included in these direct expenses are purchases of a variety of goods and services, including food and beverages, fuel, insurance and business services, among others.

In 2018, the cruise industry was a main source of business for 78,800 U.S.-based travel agents, according to the U.S. Bureau of Labor Statistics.

The economic chain continues as these businesses purchase their own goods and services from other businesses.

But cruise lines are not the only ones contributing to the economy. Travelers taking cruises are also spending money, particularly in the cities from which they depart.

Related: What is the Economic Impact of the Pause in Cruise Operations to the UK?

In 2018, 12.7 million cruise passengers boarded ships at U.S ports, according to Statista. U.S. homeports are located on the East Coast, the West Coast and the Gulf Coast, spreading the industry's economic impact to multiple states.

Most cruisers spent money on some combination of hotel rooms, rental cars, parking, gas, food, taxis or Ubers/Lyfts, and other local goods and services. Passengers (and crew) spent $4.67 billion in the United States in 2018, according to the CLIA report.

In Seattle, in a typical year, an estimated 1.2 million cruise ships passengers pass through the cruise port. Their spending (on hotels, restaurants and related goods and services) totals about $467 million annually, according to a report from the Port of Seattle.

Similarly, according to the Port of Los Angeles, 11 cruise ships passed through the Los Angeles World Cruise Center in 2018, handling about 519,000 passengers; each time a cruise ship calls there, it adds an estimated $1 million into the local economy, the port says.

There's also a domino effect from passenger and crew spending, particularly in areas of the U.S. that are heavily dependent on cruise visitors, like Alaska.

Related: How Cruises Might Change: Getting On and Off The Ship

According to the report, "The Role of Visitors in Alaska's Economy," prepared by the McDowell Group in 2018, the economic chain works like this: Visitors and cruise companies spend money on goods, including food and beverages, souvenirs and fuel, as well as services including tours, lodging and recreational activities. The companies that provide said goods and services then spend money on restaurant supply goods, inventory for their stores, fuel, utilities, building maintenance, accounting services and publishing. Employees of all the above spend money on groceries, clothing, restaurants, medical care, real estate and recreation.

In terms of direct payments to the State of Alaska, the cruise industry paid $33.3 million in 2017, including $19.9 million from the commercial passenger vessel tax.