You may also like
Dismiss
16 Cruise Apps You Need Right Now
Cruise Classes: 21 Things You Can Learn on Your Next Cruise
Best Hashtags to Use on Your Cruise Vacation
Why U River Cruises Is the Line for You
14 Instagram-Worthy Food Dishes on a Cruise
Best Point-and-Shoot Cameras to Take on a Cruise
Top 8 Things You Can Do on the Cruise Critic Message Boards to Enhance Your Cruise
New Luxury and Expedition Ships Coming in 2020
New Cruise Ships 2020
Cruise Critic Members Shout Out a Few of Their Favorite Crew 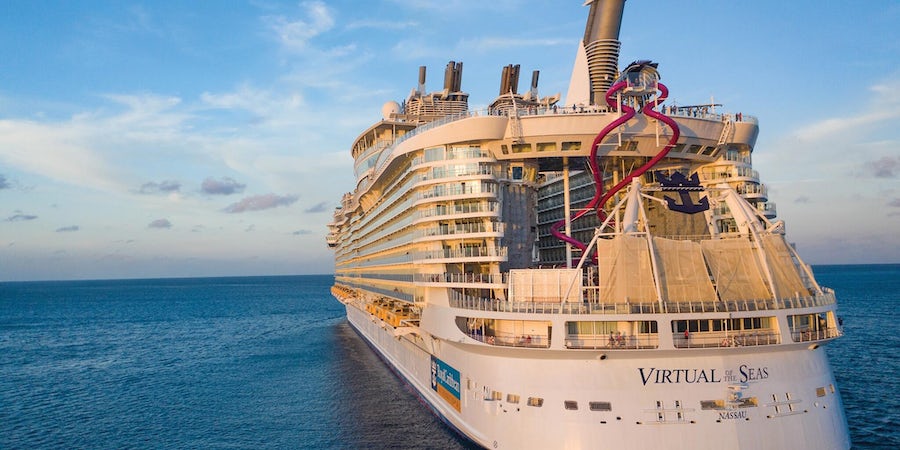 Virtual of the Seas, a fictional cruise ship that plays host to a virtual cruise for a Facebook group (Photo: Mona Carol Albala/Facebook‎)

Cruise Activities You Can Re-create at Home: Virtual Cruising and Meetups

Virtual of the Seas, a fictional cruise ship that plays host to a virtual cruise for a Facebook group (Photo: Mona Carol Albala/Facebook‎)
Brittany Chrusciel
Contributor

One retired couple in Australia proved that anyone could stage a sailing when, to offset their canceled cruise, they drank wine in bathrobes while sitting on lounge chairs facing footage of the ocean on a flat-screen TV in their living room. Talk about balcony goals.

If you find yourself in cruise withdrawal, we've got a few things you can do to boost your mood right from your favorite armchair.

Avid cruisers might already know that a Meet & Mingle is a hosted gathering, typically on the first sea day of a sailing, led by Cruise Critic members. Often supported by the cruise line, these meetups are a way to socialize with other passionate cruisers and find some kindred spirits on your ship.

Related: Top 8 Things You Can Do on the Cruise Critic Message Boards to Enhance Your Cruise

Without a ship in play, the essential idea of a Meet & Mingle remains the same -- with the exception that instead of meeting in person onboard your cruise, members interested in the same cruise line or affinity group can designate a time and platform to video chat. Skype is a downloadable software familiar to most people, but Zoom is also a popular method of video chatting online.

The captain and cruise director might not be dropping in for a Q&A or a "Bon voyage!" but it's still a great forum to shoot the breeze about the upcoming sailings you're most looking forward to, or the things you miss most about actually being at sea.

Why Not Take a Full Virtual Cruise?

We're not the only ones who have sought inventive ways to embark on a voyage from bed. Abe Hughes, a Royal Caribbean cruise director, created a digital program for

an imaginary cruise to nowhere

onboard Virtual of the Seas.

For those on the Viking Cruises e-mail list, the cruise line does a tremendous job bringing an itinerary to your inbox with stories, recipes, book and film recommendations, and videos from featured destinations they sail to like Budapest, Hungary. You can also tune in to all-new

, with programming from the line. Loyal Viking cruisers have even created a virtual Explorer's Lounge to foster discussion using a forum on the Cruise Critic message boards.

Lindblad Expeditions-National Geographic have begun posting a Virtual Expedition series to its Facebook and Instagram pages (@lindbladexp) so adventure-seekers can continue to explore the wild, from their domicile.

first video in the series

is a culinary lesson with Chef Ethan Stowell of HAL's Culinary Council.

Crystal Cruises likewise has set up the

with a daily schedule of virtual cruise events, including Sunday Cooking with Chef Jon Ashton, Wellness Wednesday with tips and workouts and Friday Nights at the Galaxy with the cruise line's favorite performers entertaining live on Crystal's Facebook page.

For more cruising content from your sofa, check out