You may also like
Dismiss
Sports on Cruises: Playing, Watching and Theme Cruises
7 Top Cruise Tips for Senior Travelers
Splash Academy on Norwegian Cruise Line
5 Things to Do on an Overnight Cruise Stay in Dublin
Calling All Cosplayers: 6 Cruises for Nerds and Geeks
Tips and Tricks for Surviving a Multigenerational Cruise
7 Ways for Seniors to Save on a Cruise
How to Survive a Cruise With Kids on an Adult-Focused Ship
5 Free Things to Do on Explorer Dream
Royal Caribbean Cruise FAQ 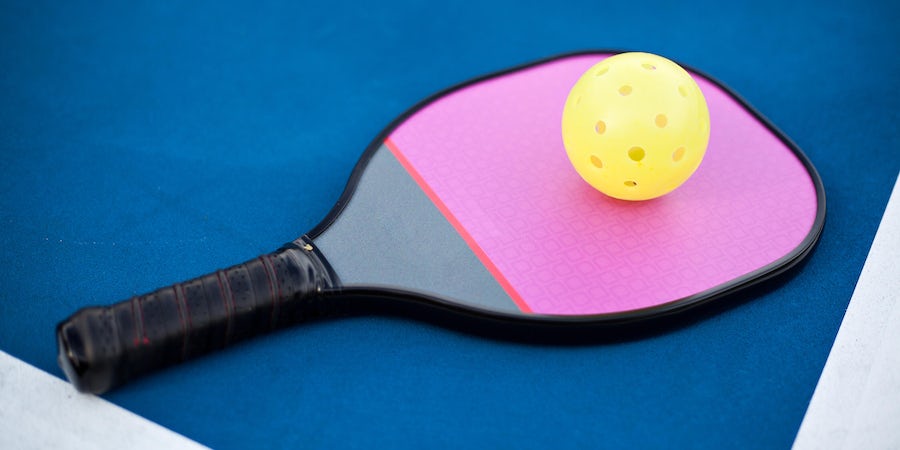 Pickleball on Cruises: How to Play at Sea

Pickleball, one of the fastest-growing sports in North America, is now making waves on the high seas. The combination of Ping Pong, tennis and badminton is a great way to have fun and burn off that buffet lunch on your next cruise.

Three dads invented this energizing and competitive racket game in 1965 on Bainbridge Island, near Seattle, Washington. They came up with the idea as a way to entertain their children during summer vacation.

The men began with table tennis paddles, established rules much like those in the game of badminton, and used a perforated ball that could bounce off the asphalt over a 36-inch high net. Over time, the game evolved, standardized rules were established, and pickleball spread throughout the U.S., into Canada and eventually into Europe and Asia.

Related: FAQ: What Are the Latest Cruising Rules From the CDC?

Fun fact: The game is fondly named after Pickles, the dog of one of the founders.

Pickleball has become very popular with active retirees, perhaps due to its introduction to the Arizona Senior Olympics in 2001 and the addition of pickleball courts and lessons in private clubs, towns and master-planned communities appealing to active seniors.

How Did Pickleball Come to Cruising?

With many cruise lines appealing to the same demographic of active seniors, pickleball is a perfect fit for cruise ships to include in their entertainment and sports lineup. It's easier than tennis on the joints, and is a great way for cruisers of all ages to stay active while on the ship. It also affords excellent opportunities to meet fellow passengers and burn off calories from lavish onboard meals and extra glasses of wine.

While on the court, don't be surprised if you see a few younger competitors playing pickleball on cruise ships. The sport's growing popularity is creating a much broader and younger following, as evidenced by the very active USA Pickleball Association's Junior Division.

Which Ships Have Pickleball Courts?

Cruise ships that have pickleball courts include all of Holland America's fleet. Many of these ships have "official" lines mapped out for the pickleball courts within their sports courts. The rest of the courts have unofficial lines, but are set up to play.Regent's Seven Seas Explorer also offers a pickleball court for its passengers as will the new Seven Seas Splendor. If you want to play pickleball on Princess Cruises, head to the Sports Court on Sky Princess and Enchanted Princess (scheduled to debut June 2020). Holland America Line sometimes hosts sessions where passengers can quickly learn the rules of the game. These gatherings provide opportunities to meet other guests interested in playing, similar to volleyball or basketball pick-up games. These often take place during Australia or European sailings. If there's quite a bit of interest, open play and tournaments will be listed in the daily program.Princess Cruises will also list pickleball open play sessions in its daily programs, and if there are a lot of players, the cruise director might add tournaments throughout the sailing.For serious pickleball enthusiasts, there's even a

in March 2020 on Holland America's Nieuw Amsterdam. Highlights of this seven-night Caribbean cruise and sports-themed small group tour include private and exclusive use of the sports court, new pickleball equipment, daily clinics with instructors, a cocktail party and other goodies and swag.