You may also like
Dismiss
Best Family River Cruises
Carnival Vista vs. Carnival Breeze
8 Things to Know About the Cheapest Cruise Ship Cabins
What is a Pullman Bed on a Cruise Ship?
Which Royal Caribbean Suite Should I Book?
Disney Cruise vs. Carnival Cruise
The 5 Best Balcony Cabins for Your Next Cruise
Ultimate Family Suite on Royal Caribbean Cruises
How to Save Money on a Disney Cruise
Virtual Cabin Crawl: Symphony of the Seas Cruise Ship 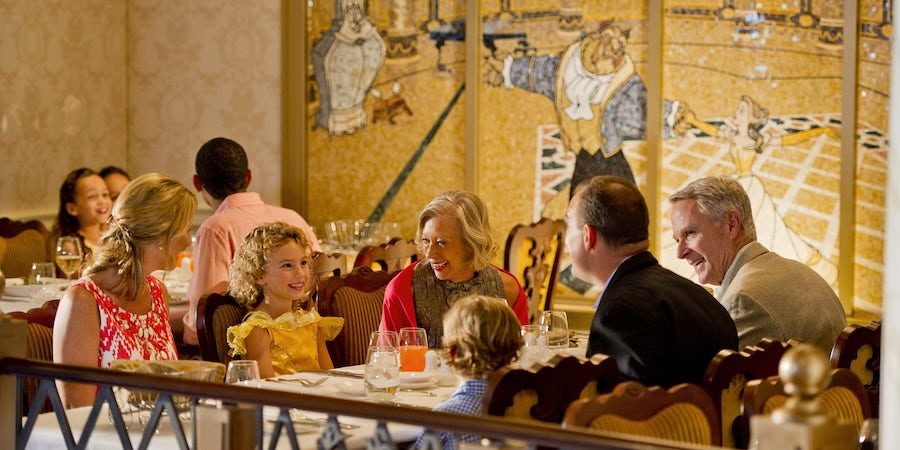 Best Cruises for a Family of 5

The vacation world is built for families of four -- two parents, two kids. Add a third kid, and families of five find it trickier to accommodate their brood with rental cars, hotel rooms and, yes, cruise cabins. But some cruise lines are attuned to larger families than others, offering accommodations that can sleep five.

Whether you're looking for a deal or enough space at any cost, here are the best cruise lines for a family of five.

Disney does family travel better than anyone, and it's the first line agents recommend to larger families.

"One of the best solutions is the Deluxe Family Ocean View Stateroom on Disney," says Rey Alton, travel advisor at Almeda Travel. These cabins, found fleetwide, come with or without private verandahs and accommodate a family of five with one queen bed for the parents, one single sleep sofa, a wall pull-down bed and an upper berth pull-down bed. He says the room typically prices out cheaper than two connecting inside cabins, and all the kids get their own beds, rather than having to share.

Disney also offers suites that sleep five or more, as well as Concierge-level cabins for families who want to leave dining and tour reservations to someone else. Another boon for families of five? Most Disney cabins come with two bathrooms -- one with a tub/shower combo and sink, and another with a toilet and sink -- to ease the getting-ready process.

Royal Caribbean's ships are some of the largest afloat, so they're well prepared to accommodate families of five. On the line's popular Oasis and Freedom Classes of ships, a variety of standard cabins in inside, oceanview and balcony categories sleep five or even six. Typically, a five-berth cabin will feature a double sleep sofa and one pull-down bunk; six-berth cabins have two pull-down bunks plus the sofa-bed, so five-person families can put each kid in a separate bed.

Even older ships have a few non-suite cabins that can fit a larger family, but if you've got the budget for a suite, Royal Caribbean delivers with everything from its over-the-top Ultimate Family Suite on Symphony of the Seas (which sleeps eight) to Junior, Loft, Royal, Aquatheater and regular Family Suites across its many ships.

The Breakaway and Breakaway-Plus Classes of Norwegian Cruise Line feature Family Ocean View cabins that each sleep five in a double sofa with pulldown bunk above. These rooms have larger-than-average bathrooms with double vanities and bathtub/shower-combos, and a room-diving curtain. Connecting cabins are also an option, and for those with a budget as large as their family, family suites in The Haven offer extra space and access to a private pool, sun deck, restaurant and concierge.

Most of the line's older ships offer family suites that sleep five or more, but five-person families looking for standard cabins will have to settle for connecting cabins. Norwegian is known for its a la carte pricing, so families should take advantage of the line's various Free at Sea promotions to choose perks like free fares for the third and fourth passengers in a stateroom or complimentary specialty restaurant dining, tours and Wi-Fi.

For travelers looking for cheap cruises for a family of five, Carnival provides a lower-priced vacation option than expensive Disney. Its Dream-class ships offer Deluxe Oceanview cabins that sleep five with two upper bunks and a sofabed; the downside is mom and dad will be forced into twin beds to accommodate. These rooms have two bathrooms -- a standard shower-only bathroom and a smaller half-bath with a sink and small shower-tub combo.

Deluxe Family Harbor Oceanview cabins on Vista-class ships and newer offer a similar layout, plus access to the Family Harbor lounge with snacks, games and TV. Some of Carnival's older and smaller ships allow trundle or rollaway beds to be added to standard inside, outside and balcony cabins that typically sleep four with two upper bunks. If you go this route, prepare for crowding and a lack of free floor space at night. Family Harbor, Grand and Captain's Suites also sleep five.

When booking a cruise, families of five have lots to consider. Here are some extra tips and things to note for large families considering a vacation at sea.

Book early. Agents agree: family cabins, rooms with extra berths and connecting cabins are among the first cabins to sell out. Large families should book a year to 18 months in advance, especially for high-demand times like school vacation periods.

"People will call eight months out and I'll say it's too late," says Alton. "They can find something but it won't be perfect. Even connecting cabins go fast. There are not as many of them as people think there are."

Another reason to book early? "Even if a cabin is available that can accommodate five, you can't book it if the ship's limit for third and fourth guests is reached," says Karen Malone, master cruise counselor at Travel Leaders Market Square Travel. Each ship has a maximum occupancy and a maximum number of additional berths it can fill, and once that number has been reached, the line won't let you book more than two in a cabin.

Also, if you're flying to your cruise, vacation-week airfare to popular cruise ports will become more expensive the longer you wait to book.

Understand the realities of connecting cabins. Connecting cabins don't always save you money compared to a family cabin that sleeps five because you're paying four full fares and one reduced one, rather than two full fares and three reduced ones. While having two bathrooms and closets is useful, you also have two doors, including one you can't see from bed, if that's a concern with your children. The connecting doors, when open, can get in the way; in some cabins, connecting cabins will have easy chairs instead of full sofas due to space constraints.

You can also book a balcony cabin and the inside cabin across the hall. Officially, you'll need to book one adult in each room, even if you switch the sleeping arrangements once onboard. "There's no bed police," says Malone. Decide if you trust your teens to sleep in a separate room where you're unaware of their comings and goings.

Price it out. When choosing between connecting cabins, a family cabin or suite, ask your agent to price out various options. Once you see the numbers, you can decide how much an extra bathroom or access to a concierge is worth to you.

Look at the total price. Third, fourth and fifth passengers sharing a cabin typically pay reduced cruise fares and sometimes can access promotional free fares. However, the cruise line will still charge daily gratuities, port fees and government taxes for all passengers, even if sailing for free.

Consider onboard extras, too. Carnival and Disney tend to have more free dining and room service options than Royal Caribbean and Norwegian. Learn which onboard attractions -- escape rooms, laser tag, go-karts, ropes courses, water slides, etc. -- have fees and which don't, and which private islands reserve the best beaches and most fun amenities for folks who pay top dollar.

If you're offered booking perks, such as free drink packages or meals in specialty restaurants, make sure you know whether the promotion covers just the first two passengers or your entire family, as well as any added gratuities or limiting fine print.