You may also like
Dismiss
Western Caribbean Cruise Tips
Mexican Riviera Cruise Tips
5 Tips for California Cruises
What Are Tropical Cruises, and Which Is Best for You?
Top 8 Long Haul Short Break Cruises
Hurricane Harvey: A Look Back at the Storm
Best Cruise Ports for Kayaking
Where You Can Cruise to Onboard Carnival's Newest Cruise Ship, Carnival Panorama
10 Best Beaches in Mexico for Cruisers 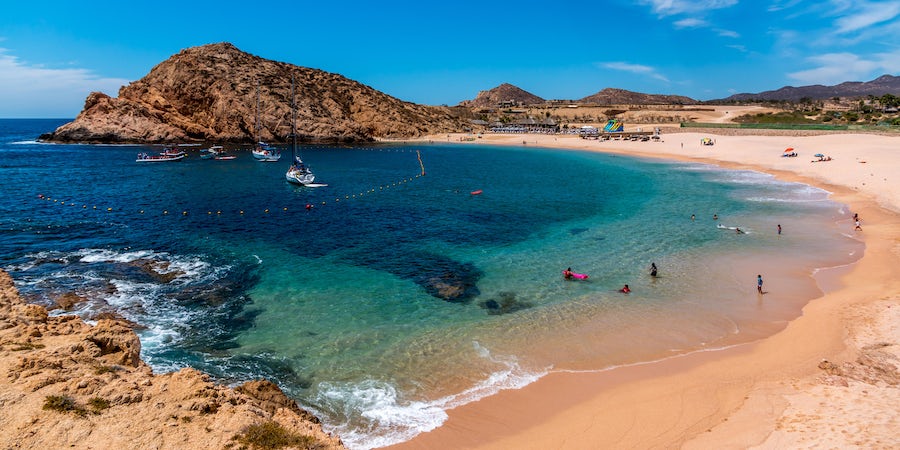 If it all starts to sound the same and you feel like you can't decide, you're not alone. We've all wondered about the differences between the fabled Mexican Riviera of "The Love Boat" fame, and the ports closer to the Gulf of Mexico and the Caribbean Sea.

We're making it easy to decide where your Mexican cruise should take you with this easy-to-understand rundown on cruise itineraries in the Mexican Riviera vs. Caribbean Mexico.

When we're talking about the Mexican Riviera and Caribbean Mexico, there's one important distinction to remember: it's a west coast/east coast thing.

A bit of confusion may arise as Riviera Maya (also called the Mayan Riviera) has become a somewhat popular term for Caribbean Mexico in recent years. But it's easy to keep the names straight. Think of it this way: the Mayans lived in the Yucatan and all those pyramids, cities and ruins they left behind are a short drive inland from the Caribbean.

The word riviera means coastline in Italian, but it's generally not used for any coastline, but a coastal area that's particularly beautiful. The Mexican Riviera is just that.

On the west coast of Mexico, the Pacific Ocean influences the beaches, the weather, the food and culture. The landscape is generally lush (with exceptions along Baja and the eastern coastline of the Sea of Cortez, which are drier), making it a prime agricultural spot. Think mole, avocado, mangos and papayas; picture seafood dishes with tuna, octopus, swordfish and black sea bass. Tequila is also huge here, as the drink originated in a town called Tequila in the state of Jalisco, which includes the popular Puerto Vallarta.

Beaches on the Mexican Riviera tend to be darker, with sand ranging from light gold to a shade closer to brass, or even pebbly-to-rocky beaches. Though some beaches will have much lighter, powdery sand, they don't proliferate here as they do in Caribbean Mexico. Like the sand, the sea tends toward deeper shades, and the Pacific and Sea of Cortez will show you beauty in deep blue tones rather than the turquoise you'll find in the east.

Snorkeling is best in the Sea of Cortez, where the water is warmer and tends to be calmer, and where some reefs and rock formations attract fish and aquatic wildlife. Surfing and fishing are exceptional along the Mexican Riviera (ask any well-surfed Southern Californian and they'll tell you of a legendary break somewhere along the Baja Peninsula).

Everything from huge mega-ships to smaller, adventure-focused expedition ships to sailing vessels call on ports in the Mexican Riviera. Some will stick to exploring the uninhabited islands in the Sea of Cortez, others will make the trip from Los Angeles or San Diego to Guatemala or beyond, but wherever you sail, you'll find the Mexican Riviera a delight.

Most cruises to the Mexican Riviera originate in the U.S., departing primarily from Los Angeles (or Long Beach) and San Diego, though some longer sailings leave from San Francisco or even Vancouver, British Columbia.

There are more than a dozen ports that cruise lines commonly call on when sailing the Mexican Riviera, and some are well known even beyond the cruise world. The best known -- Cabo San Lucas, Puerto Vallarta, and Acapulco -- have been vacation havens for going on a century. Others, like those in the Sea of Cortez, are relatively new to current cruisers.

Here are the common ports that cruise ships visit along the Mexican Riviera:

Bright blue and turquoise waters give Caribbean Mexico that tropical flair so many of us expect from a cruise, and those gorgeous waters are paired with equally stunning beaches where you'll find fine, white or pale gold sand, gentle waves and plenty of water sports to occupy your time. Weather across the region is influenced by the Caribbean, meaning there are risks of thunderstorms, tropical storms and even hurricanes, with the highest chance of strong storms occurring between August and October. That said, the weather here is a tropical delight: hot, sunny, cooled by that ocean breeze and absolutely ideal for a getaway.

The cuisine of Caribbean Mexico is seafood rich, with plenty of fresh fish, shrimp and lobster to go along with avocados, peppers (the state of Tabasco is not far from the Yucatan) and tropical fruits that grow here.

Inland, there are Mayan ruins aplenty to explore (and nearly every cruise line offers excursions to visit the ruins) and jungle preserves where you can zipline, ride ATVs, hike and do all the wildlife watching you care to do.

One distinct feature here are the cenotes, underground rivers and lakes accessed through sinkholes and caves (don't worry, the best cenotes are large and mostly claustrophobia-free); here the blue water takes on an otherworldly glow and you can swim, snorkel, splash and float to your heart's content. The cenotes were formed by the massive asteroid strike that formed the Gulf of Mexico; it helped create the flat, limestone landscape on the Yucatan Peninsula, and the majority of rivers and streams in the region carved their paths underground. This has given us, several million years later, a gorgeous subterranean playground.

There are a number of ways to cruise to Caribbean Mexico, from sailings that only focus on Mexican ports to cruises of the Western Caribbean including stops in Grand Cayman or Jamaica in addition to Cozumel and Costa Maya in Mexico. Cruises that take in the Caribbean Coast of Central America, call on ports in Belize and Honduras along the way. You can see there's no shortage of how to visit this region of Mexico by cruise ship, it's just a matter of which itineraries call on which ports.

The ports along Mexico's Caribbean Coast are known to cruise fans and lovers of all-inclusive resorts, and two of the best known are Cancun and Cozumel -- but there are more.

Take a look at this list of common cruise ports in Caribbean Mexico: