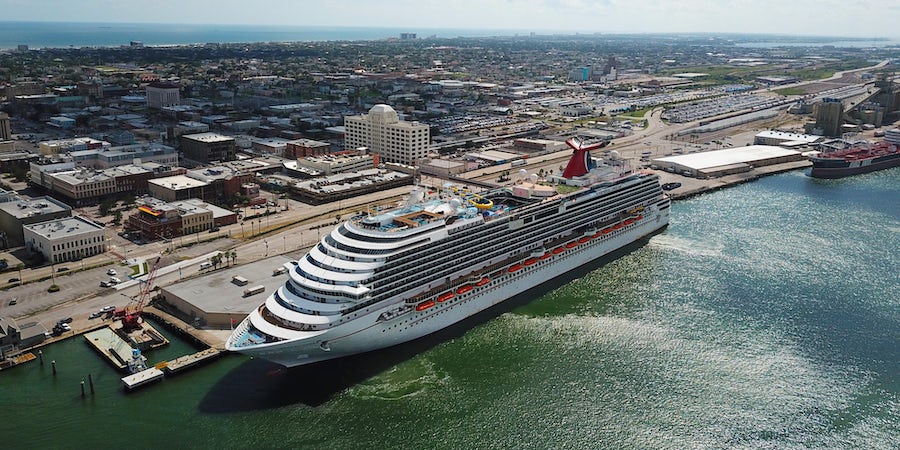 Driving out from Houston in the late afternoon, the light just beginning to wane, the sun commencing its daily fade from yellow to orange, I can feel my stress levels dropping. Almost instinctively, my whole posture goes from rush hour to relaxed. Behind me sits America's fourth-largest city. Ahead? A whole other world. An island apart. A place with its own pace, one very well-suited to its beachside location.

Leaving the mainland, as I cross the causeway over the calm waters of West Bay, I imagine that I can already smell the salty air, hear the clip-clop of horse-drawn carriages on cobblestones and feel the sand between my toes. I've arrived in Galveston, where centuries of history meet the sea, and beach vacations are enjoyed, Texas-style.I'm only here for a couple of days, but I'm happy to be on island time and determined to see as much as possible -- a challenge because there's a lot to do and eat and drink and experience here. I've arrived by car, but Galveston, set on the Gulf of Mexico, close to the islands of the Caribbean, is a growing cruise port -- now America's fourth largest -- with the port welcoming its millionth guest last year. And, that's only going to grow, with construction recently commencing on a $100-million third terminal.Atmospheric and lovely, this is a place where a small population (under 50,000) belies a grand feeling. Founded in the early part of the 19th century, Galveston grew to become the

Queen City of the Gulf

, one of Texas' most important cities and ports. And, while famously devastated by the Great Galveston Hurricane in 1900, it was soon rebuilt to its former splendor, something I see, now riding in the passenger seat of a local acquaintance named Sarah.

Day One: Transfixed from the Beginning

Picking me up from my hotel, Sarah's modest sedan takes us through history, each block seemingly imbued with its own style and stories. She points out the Victorian architecture that survived the storm, entering the East End Historical District. Right next to downtown, dozens of blocks here have been listed as a National Historic Landmark on the National Register of Historic Places since the 1970s. It feels like driving through a Southern dream. Broad, multistory porches wrap around grand residences, flags flapping, almost imperceptibly in the warm breeze, with tall, graceful palm trees swaying above. I imagine myself, glass of lemonade (or maybe a mint julep) in hand, rocking away a slow, gentle evening.

As we continue the drive, I learn about the prominent citizens who once made this their home -- legendary newspaper editors, industrialists, attorneys, figures from this city's Gilded Age. Most of these beauties are Victorian, but there's Greek Revival, too. Amid the grandiosity, I spot ornate, carefully designed details -- carvings, wrought iron, stained glass, all very well-preserved. And, we swing by perhaps the grandest of them all -- Bishop's Palace.

Completed in 1893 and designed by local architect Nicholas J. Clayton, this huge stone house remains impressive and imposing, looking like a castle with its towers and turrets. Built for a big family -- lawyer Walter Gresham, wife Josephine and their bustling brood of nine children who lived here in relative splendor -- the rambling structure provided space for a parlor, conservatory, music room, art studio, library, chapel and plenty of other places. (Its current name came later when it was purchased by the Roman Catholic Diocese and became home to the presiding bishop.)

We loop back, skirting the endless waves and infinite horizon of the Gulf of Mexico, driving down Seawall Boulevard. Tracing the city's 10-mile seawall (its first phase was completed in 1904, after the Great Hurricane), here, past glory meets present excitement. In the early decades of the 20th century, this busy street drew gamblers and tourists from across the country, was lined with lavish casinos and hotels (often built over the water on wooden stilts) and became home to a massive, annual Mardi Gras celebration. That era remains well-preserved at the monumental Hotel Galvez that once hosted world leaders and Hollywood royalty, everyone from Franklin Roosevelt to Jimmy Stewart, and still stands proud near the water.

Today, Seawall Boulevard still courses with visitors, who shop, eat and stay at the many establishments along the Gulf. We pass Pleasure Pier, with its twisting-and-turning roller coasters and rotating Ferris wheel, out near the end. A few minutes later, we linger for a few minutes at Babe's Beach, which was recently expanded to add more than 700,000 additional cubic yards of sand. Perhaps the town's favorite waterside gathering place, this broad strip is quiet today, but teems with sun-seekers on Galveston's many hot, sunny days.

Across the island, Sarah accompanies me onto Pier 21. Set just steps from the Port of Galveston, it's the perfect place to snap a photo of your cruise ship before boarding (or after disembarkation). Filled with a collection of restaurants, shops and attractions, several day trips launch from the pier, including a sunset cruise, dolphin tours, a jet boat that roars through sharp turns and 360-degree spins and, for those in search of something slower, an open-air ecotour on a pontoon boat that takes you up close to the avian and aquatic wonders nearby.

But today, I will remain on dry land, walking out on the wharf, enjoying the views of nearby ships and industrial installations at the surrounding working port. Entering the Texas Seaport Museum, the place takes me back in time. A history buff, I take my time making my way through the artifacts and exhibits, along the way learning that Galveston was once home to pirates that raided enemy ships during the Texas Revolution in the 1830s. I'm also surprised to read that this port city was once known as the "Ellis Island of the West" -- the museum includes a database with the names of 133,000 immigrants who passed through here on their way to a better life in the United States. I finish by emerging back onto the pier and boarding the three-masted, iron-hulled tall ship Elissa, built back in 1877. Photos and plaques tell its story, from its heydays cruising proudly under sail, to decades spent languishing in a Greek shipyard, to its restoration and rise from the ashes, and finally, its permanent mooring here at Pier 21.

Soon, it's time for a bite -- and in Galveston, you have some very good choices for sustenance. With its port location, this town brings together some delicious culinary traditions -- Southern, Texan, Cajun, all fed by fresh seafood from right out there in the Gulf. I lunch at BLVD, steps from the seawall and Pleasure Pier, where they serve up both land and sea. Think shrimp, crab, clams, scallops, tuna, flounder, snapper and grouper, but also a nice selection of steaks, prepared by executive chef Chris Lopez, who honed his culinary skills in other coastal locations -- Portland and Seattle -- before settling permanently here.

Day 2: Food, Museums and The Strand

My next day begins at the Sunflower Bakery, where I enjoy a breakfast, made and baked from scratch. The atmosphere is as cheerful and friendly as the service. It fuels my further ramblings across the island. I decide to drive a little on the wild side, leaving the town’s grid of historic streets to navigate the string of beaches nearby -- the island is lined with 32 miles of silky sand. Each beach has its own personality, and a number of them are encompassed by public beach parks.

I swing by Stewart Beach and East Beach, the latter at the far eastern end of island and one of the liveliest spots here in the summer, with beach volleyball and a boardwalk and a pavilion, which hosts live concerts through the warm months. Doubling back and making my way to the southwest, the waves and dunes of Pocket Park roll out before me, gulls calling. And then, just beyond, Galveston Island State Park, sandwiched between West Bay and the Gulf of Mexico, with its four miles of mountain biking and hiking trails, observation tower, and fishing.

Back in town, I make a stop at the Bryan Museum, a relatively new attraction in Galveston, home to one of the world’s greatest collections of artefacts related to the American West -- more than 70,000 rare items (with some 2,000 currently on display), spanning thousands of years of history. Housed in a former orphanage, the structure was restored and reopened with the private collection of J.P. Bryan, in 2015. Entering, a wall plaque announces “the West as it will never be seen again,” and soon I’m surrounded by it, every turn in this grand building revealing new exhibits and artefacts.

Here, a wall of saddles, there another hung with original Andy Warhols and, nearby, an authentic letter from Sam Houston and General Antonio Lopez de Santa Anna, and Santa Anna’s sword, from the Battle of San Jacinto, the conflict that gave Texas its independence. And I learn a lot of Galveston -- how it once was known as the “Wall Street of the South,” shipping more cotton to the rest of the world than New Orleans, and had more millionaires, per capita, than New York City.

My day finishes with a drink at The Rooftop Bar of Tremont House, a genteel, Italianate hotel housed in a former dry goods warehouse, followed by dinner at Rudy + Paco, which is often named to a list of America’s 100 Best Restaurants. I sit near the backlit bar and tuck into plates with a Latin twist, including a super-fresh snapper ceviche, fish tacos and tuna grilled over an Argentinian-style parrilla.

And then it’s out to The Strand for a stroll. Running right through the heart of Galveston’s downtown, this is the heart and soul of town, with broad sidewalks filled with cafe tables, gracious second-floor balconies that double as canopies and an assortment of shops to pop into, from quirky five-and-dimes to ice cream parlors. A couple blocks from the coast, I catch a whiff of the saltwater carried on a warm breeze. And I consider my options. Back to the Tremont House for another drink? A walk out on the pier? A ride in a horse-drawn carriage? No matter what, I’m convinced that I need to stay at least one more, extra day -- or maybe, two.