You may also like
Dismiss
CSMART: 15 Cool Things You Didn't Know About Carnival Corp.'s Maritime Crew Training System
Life Lessons Learned from 'The Love Boat'
Where to Find Your Favorite Characters on a Cruise
Q&A with Carnival Spirit Band Music Manila
Q&A with a Cruise Ship Entertainment Director
5 Popular Cruise Directors Share Inside Tips and Tales From the Seas
6 Cruise Memories That Will Warm Your Heart
Cruise Critic Members Shout Out a Few of Their Favorite Crew
Weaving 'Herstory': Q&A With the History-Making International Women's Day Cruise's Female Officers on Celebrity Edge 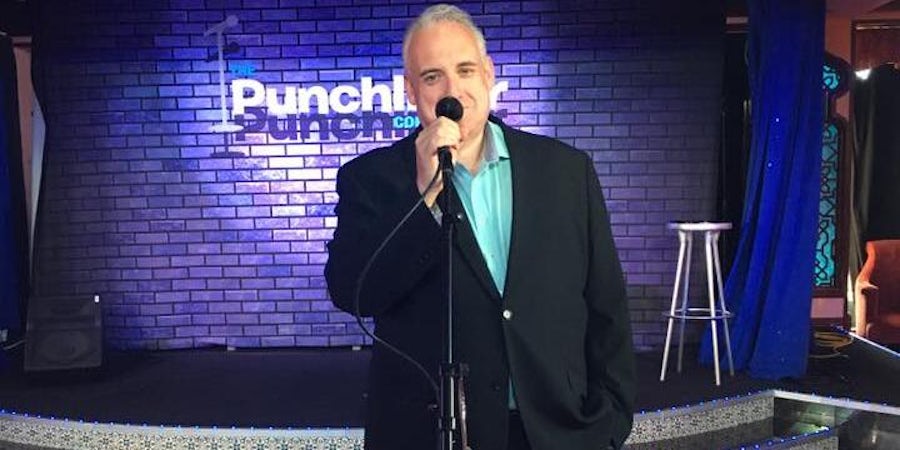 John Heald, Carnival Cruise Line's delightfully un-PC brand ambassador and the industry's most recognizable cruise director, began his journey on the high seas as an onboard bartender in 1987. Decades later, he's as relevant as ever, with duties that include introducing new ships, hosting special sailings (like Carnival Journeys voyages and Blogger's Cruises) and managing a burgeoning social media following.

His Facebook page, where he fields questions and takes special requests from an increasingly vocal fan base, serves as the outgrowth of a wildly popular -- but somewhat abandoned -- blog he began producing for Carnival in 2007. In the years that followed, references to yaks, "eye phones," underpants and "dangly bits" made some readers uncomfortable but generated chuckles and fierce loyalty from most.

Cruise Critic caught up with Heald to ask him some burning questions about odd requests from cruisers, out-of-control passenger behavior and what he enjoys most about the cruise director life. Read on for his answers. (Spoiler alert: They contain just the right amount of Enya and Megan Fox.)

1. What are some things passengers commonly request of cruise directors?

They ask for help celebrating anniversaries and birthdays and with marriage proposals, as well as information on what to do onboard and ashore. The cruise director is the voice of the ship, so the questions are frequent, varied and occasionally ones that make me turn off all the lights, put on some Enya and slowly bang my head on the wall.

2. Name one thing passengers request of cruise directors that cannot be accommodated. Is there anything for which you really wish passengers would stop asking you?

Not really. We always try and exceed expectations. They should always ask, and while sometimes it might not be possible, we will always try our best.

3. What are the weirdest things for which cruisers have sought your help?

4. Will you tell us about a time when passenger behavior made you cry? Laugh? Blush?

5. What's the craziest thing you've seen a person do on a cruise?

So many to choose from, but recently it was a lady who had a table for two, which she shared with a stuffed teddy bear. The waiter had to cut the food up for it and treat it as a guest. Crazy, but possibly loneliness played a part. ... [Another time,] during the middle of a show, a woman in the third or fourth row decided that she didn't want to be with her husband anymore. The whole nine yards -- drink in the face and screaming, "I hate you!" -- all while Peggy Mathisen was singing "The Sound of Music." The hills really were alive that night!

6. What happened on your worst (and/or best) day on the job?

Both [were] the same day: the fire on Carnival Splendor. It started off as a challenging, nerve-racking situation, but how the guests and crew [positively] responded made it something I will never forget.

7. What was the most affirming moment you've had as a cruise director?

The standing ovation I received from 1,000 crew in the main lounge after the fire on Carnival Splendor -- [I'll] never, ever forget that.

8. What are your favorite and least favorite parts of being a cruise director?

9. Tell us about your wife, Heidi, and what your life together at sea was like when you both worked onboard. Is there anything you miss about working on ships regularly?

We met in a little village in Amsterdam while I was there on a boys' weekend with several other cruise directors. She was an auctioneer at the flower market. ... She started with Carnival on the Fascination as a chaperone in 1997. Then she went with me to the Destiny [and to Freedom as the assistant cruise director in 2008]. ... She [took] care of everything, including me. She allowed me more time to be on stage, walking around the ship -- the things I really [loved] to do. ... [I miss] the stage. I miss performing regularly.

10. You're a busy man, but how do you spend your free time? Any hobbies unrelated to cruising?

Ummmm ... are cigars and looking at photos of Megan Fox online considered hobbies?