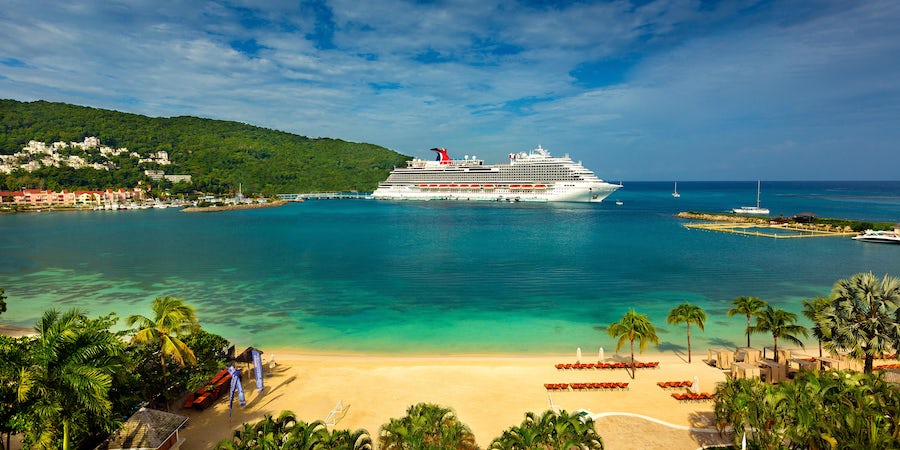 Carnival's three-ship Vista Class contains the line's biggest ships, with the first two vessels in the class capable of holding about 4,000 people at double occupancy, while the newest, Carnival Panorama, holds nearly 4,000 at double occupancy. Launched between 2017 and 2019, these ships also provide the most to do in the fleet, with adrenaline-pumping features that include a ropes course and waterslides. The ships also offer nightly comedy and beer brewed right onboard.

The Vista-class ships were also the first ship in the Carnival fleet to feature exclusive, keycard-restricted cabin zones (Havana Cabanas and Family Harbor), the line's first foray into ship-within-a-ship enclaves.

Cruisers will find a ton of activities to keep them busy on Vista-class ships. All three have mini-golf, SkyCourse ropes courses, WaterWorks aqua parks, three pools (though only two are open to all passengers) and the SkyRide attraction that suspends recumbent bikes high in the air as riders pedal their way across an elevated track.

In terms of cabins, all three feature a full array of inside, outside, balcony and suite choices, but the three Vista-class ships are also the only ones in the fleet to have the Havana section (with exclusive use of the Havana pool and sun deck 24/7) and keycard-protected Family Harbor zone featuring family-friendly staterooms and the Family Harbor Lounge.

Other spaces all three Vista-class ships share are the Punchliner Comedy Club, Cloud 9 Spa and the adults-only Serenity Retreat.

Differences Among Ships Within the Vista Class

While the three Vista-class ships are mostly the same, there are some notable differences.

The biggest difference is the Sky Zone trampoline park, which can only be found on Carnival Panorama. It replaces the IMAX movie theater and 4D Thrill Theater that cruisers can find on Carnival Vista and Carnival Horizon. The trampoline park has 12 lanes of trampolines, a climbing wall and Sky Ladder climbing apparatus, and will be used for trampoline-based fitness classes, as well as open jumping and climbing time.

Another big difference is the combination of Guy's Pig & Anchor Bar-B-Que Smokehouse with the brewhouse on Carnival Horizon and Carnival Panorama. On Vista, the two venues are separated.

Both Horizon and Panorama also have a Bonsai Teppanyaki hibachi restaurant, which Vista does not have. Additionally, both also have a dedicated Chef's Table venue located within the galley.

The only other noticeable difference between the ships is the theme at the WaterWorks aqua park. On Carnival Horizon, the water park has a Dr. Seuss theme, while on Carnival Panorama, there's a blue versus red "choose fun" theme; Carnival Vista's has no specific theme beyond being brightly colored and whimsical.

Cruisers looking for lots of fun, activity and a decidedly friendly onboard atmosphere will want to check out Carnival's Vista-class ships, as will family groups, thanks to the Family Harbor cabin section and tons of onboard attractions perfect for folks of all ages.

Foodies will also enjoy the large variety of dining offered onboard, covering an array of cuisines from Mexican to Japanese and American burgers to Italian pastas.

While cruisers seeking a serene onboard experience can find a quiet alternative to the main Lido Deck in the Serenity Retreat, there is no pool there, and outside of this area, there will be lots of kids onboard -- as is the case on most Carnival cruise ships.

Anyone looking to travel on a budget will want to stick with some of Carnival's older ships, as these three ships do command a premium.

A few caveats: Anyone looking for some of the industry's most adrenaline-pumping features (ziplines or laser tag) may be disappointed. While there are lots of active pursuits onboard these ships, none can really be referred to as thrill rides (except the SkyRide, which is mostly "thrilling" to people scared of heights).

Secondly, cruisers enamored with the suite life will want to check out the Havana section on the Vista-class ships but should be aware that the perks (exclusive daytime pool access, priority embarkation) are limited as compared to other cruise lines and there are even fewer perks for anyone staying in non-Havana suites.