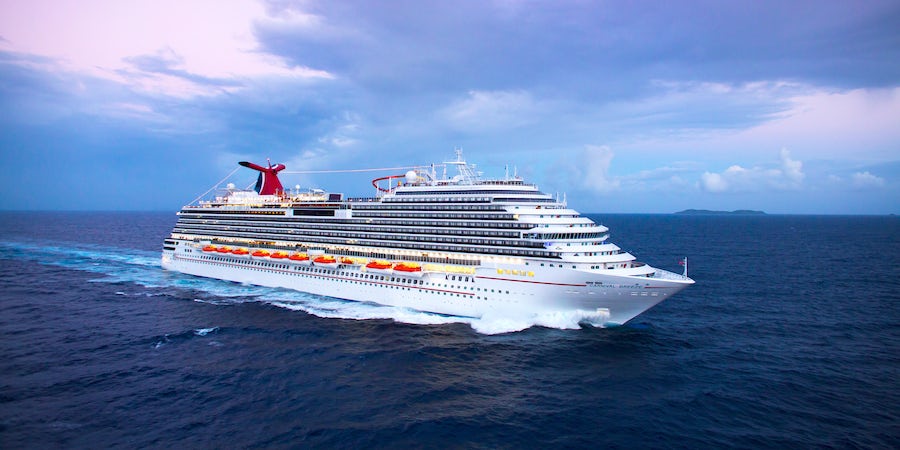 Carnival's Dream Class, which launched with Carnival Dream in 2009, was the line's largest class of ship (about 3,690 passengers at double occupancy) until Carnival Vista came along in 2017. Dream and its two sister ships introduced several of the line's most exciting top-deck attractions, including the SkyCourse ropes course and 4D Thrill Theater.

While the Dream-class ships are not as activity-laden as the Vista-class ships, there is still plenty to do and see on these three ships.

Carnival's Dream-class ships are packed with activities, including a WaterWorks aqua park with water slides, mini-golf, sports courts with basketball and volleyball, multiple pools, a nighttime comedy club and piano bar, and all the traditional daytime fun Carnival is known for (hairy chest contests, deck parties and line dancing, trivia and bingo, etc.).

Dream-class cruise ships also have lots to offer when it comes to dining, including many Carnival signature spots. Among the complimentary venues you'll find on all three ships are Guy's Burger Joint, BlueIguana Cantina, Guy's Pig & Anchor Bar-B-Que and a pizza counter (Pizzeria Del Capitano on Dream and Magic, and Pizza Pirate on Breeze). They're also some of the last ships in the fleet to have a Mongolian Wok station in the buffet.

The three Dream-class ships are similarly packed with bars and lounges, including staples like the Alchemy Bar, RedFrog Rum Bar, Piano Bar and BlueIguana Tequila Bar; all three also have the central Ocean Plaza where lots of activities and live music take place.

All three have Carnival's standard cabin choices: inside, outside, balcony and basic suites.

Related: Choosing a Cruise Ship Room: What to Expect

Other spaces all three Dream-class ships share are the Punchliner Comedy Club, Cloud 9 Spa with thermal suite and the adults-only Serenity sun deck.

Differences Among Ships Within the Dream Class

While the three Carnival Dream-class ships are mostly the same, there is a noticeable difference between Carnival Dream and its two sisters; Carnival Magic and Breeze are nearly identical.

Of the three, Carnival Dream is the lone ship out, with no SkyCourse ropes course. Magic and Breeze both have the two-course attraction with one course for beginners and a second for those who want a bigger challenge.

Magic and Breeze also have the RedFrog Pub, with a number of craft beers offered on draft and in bottles.

Carnival Breeze also has a 4D cinema Thrill Theater, which the other Dream-class ships do not.

Cruisers looking for a large -- but not mega -- cruise ship and lots of activities will enjoy Carnival's Dream-class ships. They are especially recommended for families with kids who love water park fun and groups of adult friends who want late-night entertainment with comedy clubs, dance clubs and sing-along piano bars.

When booking a Dream-class ship, cruisers should be careful that they choose one with a ropes course (Magic or Breeze) or Thrill Theater (Breeze) if those things are important to them.

Cruisers looking to spend less money onboard will appreciate the large number of surcharge-free dining venues during the day, while those willing to splurge will enjoy the variety of specialty dining venues.

Related: 10 Reasons Why Celebrity Reflection is the Cruise Ship for You

Cruisers looking for a kids-free experience can spend time on the adults-only Serenity deck or spend their days in the Cloud 9 thermal suite, but, generally speaking, all three Dream-class ships are family-friendly and will have lots of kids onboard.

While the Dream-class ships are not Carnival's most budget-friendly ships (you'll want to seek out the line's older ships for the least expensive cruises), they do tend to cost less than the line's Vista-class ships while offering almost as many attractions.