You may also like
Dismiss
Can I Use Global Entry at Cruise Ports?
What is OceanMedallion on a Cruise?
Celebrity Cruises vs. Celebrity's Xpedition Cruises
7 Tips for Getting the Most Out of Your OceanMedallion Experience
What Lines Are Doing With Next-Gen Cruise Technology
How to Navigate the Airport on Cruise Turnaround Day
Cruise Critic Members Shout Out a Few of Their Favorite Crew
How to Keep Your Data Safe When Cruising
Why Germ-Zapping Robots and AI Technology Could Be the Future For Cruise Ships
Will I Have to 'Social Distance' on My Next Cruise? 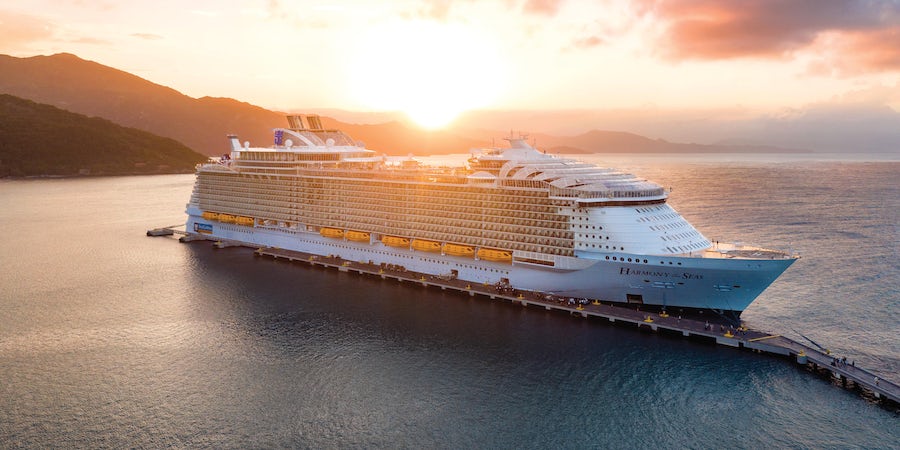 Cruises differ from other vacations in many ways, but one of the most significant is how you'll pay for purchases on the ship. Every major cruise line requires passengers to set up an onboard account, backed by either a credit card or a prepaid amount of cash, which is then linked to a card that functions as a room keycard, cruise ID and a charge card for onboard spending. One example is Royal Caribbean's SeaPass card, which we'll outline below.

What is the Royal Caribbean SeaPass?

Every person who sails with Royal Caribbean will receive a SeaPass card at check-in on embarkation day. The card is tied to your name and cabin number, meaning you can use it to open your stateroom door, as you would in a hotel.

Each SeaPass is also equipped with a magnetic strip, which allows it to be used as an onboard credit or debit card.

Although the SeaPass design has changed over the years -- and still sometimes varies from ship to ship (more on that below) -- the front of each card is personalized with its owner's name, his or her scheduled dining time, the name of the ship and the sailing date.

The cards are also used to keep track of who's onboard and who isn't when the ship is in port. When you disembark for the day, your card will be scanned. It will pop up a photo in the ship's computer system, allowing crew members to quickly make sure you're you. It will be scanned again when you come back onboard, making it easy for crew to see a list of passengers who are still ashore.

What are the Royal Caribbean SeaPass card colors?

Royal Caribbean keycards are light blue for most passengers, but other colors are given to the highest-level loyalty club members (people who cruise a lot with Royal Caribbean) and cruisers booked in suites, providing access to exclusive events, preferred seating during shows and other perks.

Here's a breakdown. (Note that while these are the most common, colors can vary by ship and sailing.)

How to Save Money on a Royal Caribbean Cruise

Which Shows Are on Which Royal Caribbean Ships?

What Is Royal Caribbean's Cruise Compass?