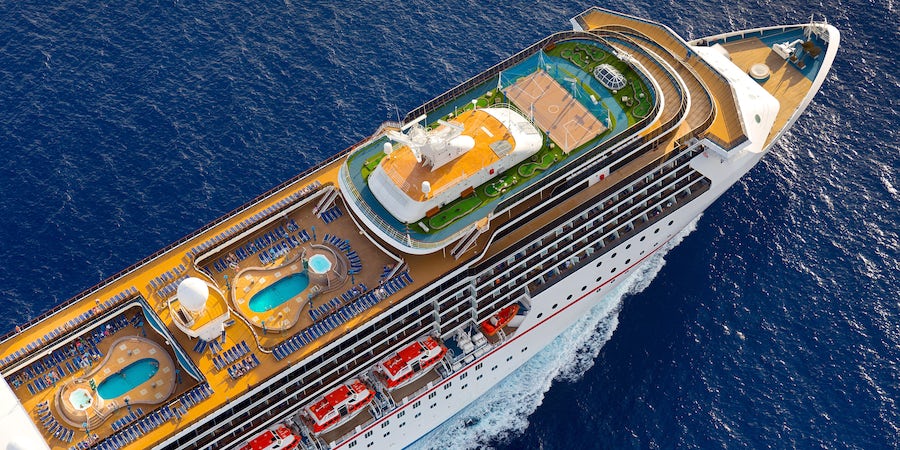 Everyone knows about the newest, hottest ships. They're the ones played up in television ads, online photo spreads and magazine articles. But, newer isn't always the right choice for you, and many older ships have a loyal following of repeat cruisers. Yet unless you've got your ear to the ground, you won't know which of these underhyped ships could be your new favorite vessel.

We hopped on the Cruise Critic message boards to discover which older ships are fan favorites. If you're looking for a fabulous cruise, at less than new-ship rates, with some extra space and added personality to make up for a lack of the latest bells and whistles, here are the best-kept secret cruise ships people love.

Many Cruise Critic members love Carnival Cruise Line's Spirit-class ships, built between 2001 and 2004, but if we had to choose one, we'd pick Carnival Legend for its globe-hopping ways. The ship is midsized, carrying 2,124 passengers (based on double occupancy), and many claim it has among the best space-to-passenger ratios in Carnival's fleet. It's easy to get around and has lots of cabin choices (with balconies on the larger-than-average size), though you might have to forgive its glitzy "Legends of the World" decor theme.

Of Celebrity's older Millennium-class ships, Celebrity Constellation -- affectionately known as Connie -- is a perennial fan favorite. The 2,184-passenger ship launched in 2002 but is lauded for its friendly crew, host of food and drink choices, and varied itineraries. You'll find Celebrity dining staples like Qsine, Tuscan Grille, Blu and Sushi on Five, plus the popular Martini Bar and Cafe al Bacio (with its gelateria).

The ship added a rooftop terrace in 2017, where passengers can enjoy themed drinks and snacks while watching a movie under the stars. Its adults-only solarium is always a big hit for those seeking relaxation. In 2020, Celebrity Constellation will get a massive overhaul with major redesigns of public spaces and cabins, addition of suite-exclusive areas, and new bars and restaurants.

Grandeur of the Seas

When Royal Caribbean loyalists rave about "Lady G," they're going gaga over Grandeur of the Seas. The ship has called Baltimore home since 2009, and boomerangs to the Caribbean, the Bahamas, Bermuda and Canada/New England year-round. Fans love the 1,992-passenger ship for its intimate size (other Royal Caribbean ships carry upward of 5,000 passengers), a friendly crew offering caring touches to passengers and more-homey-than-flashy ambiance.

Grandeur may not have onboard surfing or ziplines but it does have multiple restaurants (including the Japanese Izumi, Chops Grille steakhouse and Italian Giovanni's Table) and bars (such as the Schooner Bar with its nautical vibe and piano sing-alongs and R Bar for a modern twist on vintage cocktails). Whether you're relaxing in the adults-only Solarium or getting a rush on the rock wall, Lady G offers plenty of options without overwhelming the senses.

Editor's note: Grandeur of the Seas will be leaving the Royal Caribbean fleet and transferring to sister line Pullmantur Cruceros in April 2021.

Norwegian Cruise Line cruisers looking for the perfect-size ship regularly vote Norwegian Gem -- and its Jewel-class sisters -- as their hands down favorites. The 2,394-passenger ship doesn't have the crowded feel of the line's newer ships, and there's less need to make reservations in advance for every restaurant or attraction.

Fans rave about the Spinnaker observation Lounge with its floor-to-ceiling windows, as well as the Great Outdoors alfresco extension of the buffet where tempting burgers mix with equally alluring ocean views. Gem might not be new (launched in 2007), but it's got Norwegian's famous variety of restaurants (sushi, Italian, Brazilian and American steakhouses, French and Japanese specialty venues), the Bliss Ultra Lounge and bars themed around beer and whiskey, cocktails, Champagne and wine, and cigars.