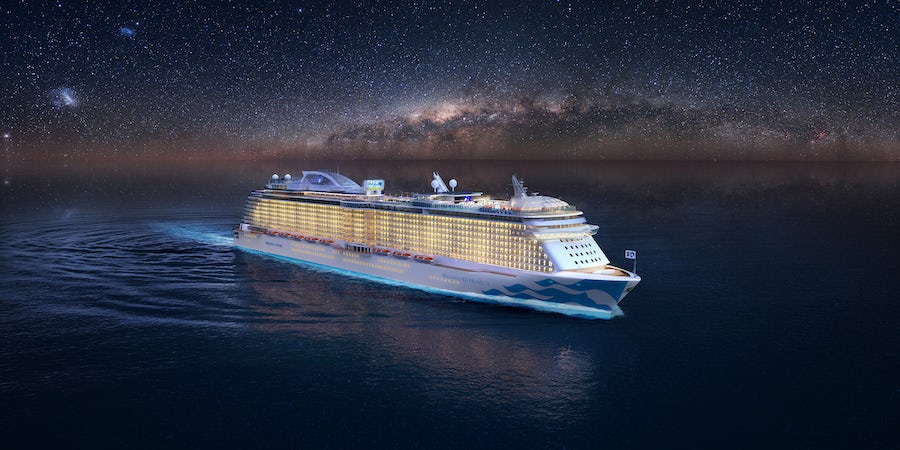 The Most Exciting Ship Launches in 2020

The number of new ships launching, and cruising into the UK market, shows no signs of slowing down. After a bumper 2019 -- which saw MSC Bellissima named in Southampton in March and Saga Cruises’ first ever new-build, Spirit of Discovery, debut in Dover in July -- 2020 is set to be even bigger for the cruise industry.

Here’s what’s happening and which ships to get excited about.

The 750-passenger, ultra-luxurious Seven Seas Splendor will be among the first new ships of 2020. Sister ship to "the most luxurious ship in the world" Seven Seas Explorer, Splendor offers all-suite, all-balcony accommodation, eight dining venues -- including Compass Rose, the line’s flagship restaurant, and Pacific Rim, which celebrates the flavours of Asia -- and attentive crew to meet your every whim including  a personal butler.

The UK features on some itineraries from August 2020, including a 14-night Barcelona to Southampton voyage; a round-trip British Isles sailing from Southampton; and a 15-night cruise to Monte Carlo via France, Portugal and Spain.

Scarlet Lady is the first of four Virgin Voyages cruise ships and designed for adults and first-time cruisers, with unique features specially curated to attract those new to cruise. Conventional cruising is out of the porthole; in its place is a tattoo parlour called Squid Ink; drag-show brunches; mixology classes; an on-board record shop called Voyage Vinyl; a Korean barbecue; and DJ-hosted spa parties. So-called "sailors" (not passengers) are defined by Richard Branson as "young at heart people that want a good time" -- and that’s practically guaranteed with the ship’s offerings and its on-board wellbeing programme, Vitamin Sea.

Dover and Liverpool will be Scarlet Lady’s first ports of call, where media and travel partners will get the first glimpse of the new vessel before she heads to her homeport of Miami. From here, Scarlet Lady will commence her inaugural season of seven-night round-trips around the Caribbean.

The Champagne bottle will be broken against the hull of Celebrity Apex in Southampton in spring 2020 after which the ship will offer a mini-season of five sailings. The second of Celebrity Cruises' Edge-class ships, Celebrity Apex has been designed to revolutionise how passengers experience Europe. Boasting some of the most luxurious accommodations across the fleet, the ship features infinite-balcony staterooms, which bring the balcony area into the living space, and twin-level Edge Villas with outdoor plunge pools.

Passengers can choose from 29 culinary venues and relax in areas including a rooftop garden. A four-night preview cruise departs on April 1, 2020, with subsequent itinerary options including an eight-night Spain and Portugal cruise over the Easter break, a seven-night Norwegian fjords sailing, and ten-night, round-trip capital cities cruises that take in the likes of Oslo, Copenhagen, Amsterdam and Paris.

New ship Iona is designed to bring the outside in with features such as its SkyDome, which creates a space flooded with natural light; The Glass House, intended for gastronomes and positioned for guests to enjoy uninterrupted ocean views; and Conservatory Mini Suites, which feature a conservatory-style relaxation space in addition to the balcony.

Related: 9 Reasons to Get Excited About P&O Cruises' Iona

New venues include the adults-only The 710 Club and the comfortable ambiance of Ocean Studios, where four cinema screens will show both classics and the latest blockbusters. The first part of Iona’s maiden season throughout spring and summer 2020 will see the ship sailing the Norwegian fjords from Southampton.

The fifth in Princess Cruises’ fleet of Royal-class ships, Enchanted Princess, will be christened in Southampton. The ship claims the largest balcony at sea in the Sky Suite and new speciality dining, including French bistro-style fare at Bistro Sur La Mer, created in partnership with Chef Emmanuel Renaut. Also on board is the line’s Ocean Medallion technology, which does away with cruise cards and introduces a digital element to modern cruising.

The 3,560-passenger vessel maintains fleetwide features such as the adults-only Sanctuary and the impressive multi-storey Piazza atrium. Enchanted Princess’ inaugural season commences in the Mediterranean, with the maiden voyage sailing from Southampton to Rome and on to Athens. In November 2020, Enchanted Princess repositions to Fort Lauderdale in Florida for the winter.

Sister ship to Spirit of Discovery, Spirit of Adventure completes the second wave of Saga’s advance into boutique luxury cruising. Passengers are set to enjoy hotel design-inspired cabins and private balconies, and, with two new restaurants -- a Nepalese venue and Amalfi, serving high-end Italian cuisine -- the ship doubles Saga’s range of speciality restaurants at sea. Plus, as Saga goes fully all-inclusive, all restaurants onboard are free to dine in.

Passengers can select from a good range of itineraries, including round-trips from Dover to St Petersburg; Dover to France, Spain and Portugal; Southampton to the Caribbean; and Christmas in the Canary Islands from Southampton.

MSC Virtuosa will carry nearly 6,297 passengers and combine unique facilities and onboard entertainment, including an indoor amusement park, an outdoor water park and the first contemporary fine art museum at sea. The second Meraviglia Plus-class ship -- following MSC Grandiosa, which debuted in October 2019 -- will also have a 111-metre-long indoor promenade with numerous restaurants, bars and shops. The promenade is covered by a "digital sky" LED screen showing events and vistas around-the-clock.

When it debuts in late 2020, the 5,200-passenger Mardi Gras will be the largest ship in the Carnival Cruise Line fleet and feature the first rollercoaster and first Emeril Lagasse restaurant at sea. The ship was originally due to launch in October; however, due to shipyard delays, the first eight sailings had to be cancelled. When passengers do finally get onboard they will get to experience a first for the line -- six themed "zones," including the French Quarter, Summer Landing, Grand Central and the Ultimate Playground. Look out for another first for the line as the ship will sport a classic navy blue hull with red and white accent stripes.

Ship: Odyssey of the Seas

Another November ship launch from another of the industry’s heavyweights; Odyssey of the Seas, Royal Caribbean's second Quantum Ultra-Class ship, will sail from Fort Lauderdale in the US (unlike its sister ship, Spectrum of the Seas). Highlights of the action-packed ship include a reimagined SeaPlex with expansive virtual and augmented reality playground; Top Deck fun including FlowRider, RipCord by iFly, SkyPad bungee trampoline and North Star and a two-level pool deck.