You may also like
Dismiss
Cruise Ship Laser Tag: Where to Find It, How to Play It
Best Norwegian Cruise for Kids
Kick It in the Ship Cruise: Get Country Music Crazy on the Brantley Gilbert Cruise 2019
Where to Find Starbucks on Cruise Ships
Grown & Sexy Cruise
Onda by Scarpetta on Norwegian Cruises
Latter Day Saints (LDS) Book of Mormon Cruises
What Is the Biggest Norwegian Ship?
New Luxury and Expedition Ships Coming in 2020
New Cruise Ships 2020 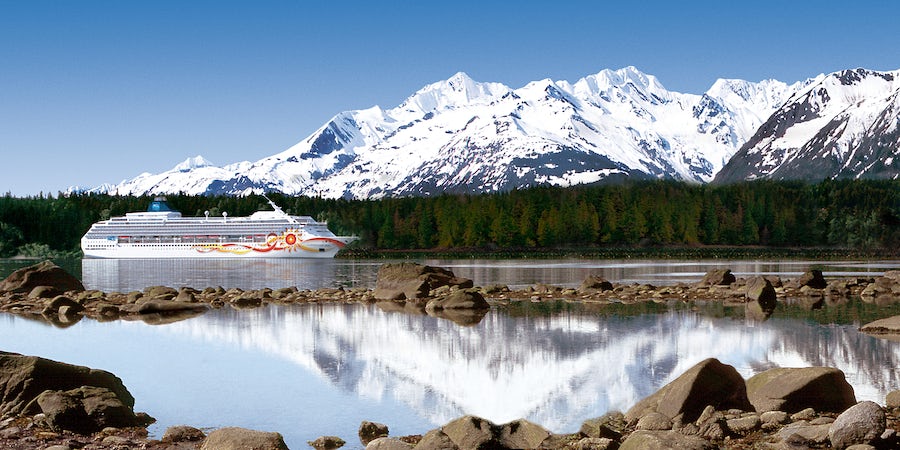 Norwegian Cruise Line's Sun Class comprises the line's two smallest ships. Although they're among the line's oldest vessels, large-scale refurbishments have kept the them relevant and able to offer a full complement of dining venues, bars and outdoor activities.

Despite their smaller sizes, Norwegian Sky and Norwegian Sun, launched in 1999 and 2001 respectively, pack quite a punch with numerous dining venues, bars and lounges. Each offers multiple main dining rooms, a top-deck buffet and a diner-style pub and grill, all included in the price of the cruise.

There are also several extra-fee specialty venues that include a steakhouse, French bistro and Italian trattoria. Add to that a minimum of five bars and lounges, and cruisers on these ships never go hungry or thirsty.

When it comes to entertainment and recreation, the two ships in the Sun Class have pools (one on Sun, two on Sky), as well as hot tubs, a main theater with song-and-dance revue-style evening shows, a jogging track and a basketball/volleyball court. They've each got a golf driving net as well, plus the usual array of cruise activities and games.

Cabins are pretty standard across the Sun Class. Neither ship has The Haven, but they do have suites, including Owner's and Penthouse varieties. Both ships also have designated family cabins, but neither has cabins designed for solo travelers.

Differences Among Ships Within the Sun Class

The main difference between the two Sun-class ships is that Norwegian Sun has just a little bit more of most things than Sky in the way of restaurants and cabin choices. Among these extras, Norwegian Sun boasts the Moderno Brazilian churrascaria restaurant, Teppanyaki hibachi eatery and Los Lobos Mexican venue.

With that said, Sun has a Starbucks outlet, as well as the Sugarcane Mojito Bar, while Sky does not.

Norwegian's Sun-class ships are best suited for people who want a smaller ship experience and can keep themselves occupied with reading or activities such as trivia, Pictionary and Bingo, but who don't want to sacrifice choice when it comes to dining and evening entertainment.

Both ships are a good choice for someone new to cruising who wants to start with a shorter cruise, as they both do three- to five-night sailings. Norwegian Sky, in fact, only does these shorter cruises, while Sun also sails longer Alaska and Panama Canal itineraries.

These ships are not suited for anyone hoping to avoid extra expenses onboard, particularly when it comes to alternative dining. Cruisers looking for a lot of whiz-bang attractions -- such as ropes courses, water slides and other high-energy activities -- should also look elsewhere.

Related: Why Vantage Is the River Cruise Line for You

Suite cruisers wanting a truly elite cruise experience should seek out the line's newer ships, which all have The Haven, Norwegian's most exclusive suite experience.