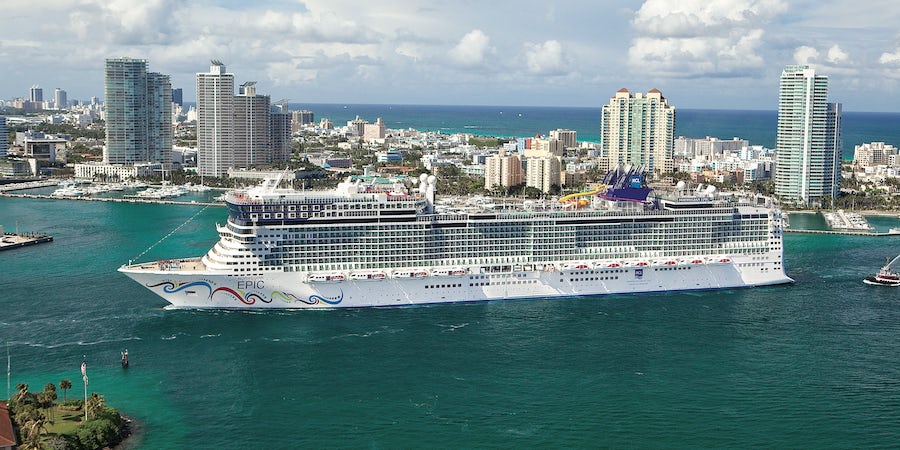 Norwegian Cruise Line's three unclassed ships have little in common with each other and include the line's oldest ship, the line's Hawaii-based and Hawaii-themed ship, and the first ship in the fleet to offer the Las Vegas-style dining and entertainment for which the line has become known.

The oldest ship, Norwegian Spirit, will move to serve the Chinese market exclusively in the spring of 2020; before repositioning, the ship will also get a front-to-back refurbishment though no details have yet been released. (For these reasons, we will not include Norwegian Spirit in the comparisons below.)

Norwegian's game-changing ship, 4,100-passenger Norwegian Epic (which technically is classed as the only ship in Norwegian's Epic Class), predates the line's Breakaway and Breakaway-Plus classes by several years and ushered in the line's focus on "Freestyle" cruising, which gives cruisers a plethora of choices when it comes to dining, entertainment and activities. Pride of America, on the other hand, is half the size and offers some of the line's only one-off venues with Hawaiian and Americana themes.

Though Norwegian Epic and Pride of America differ dramatically, the ships do share many of the same dining options, common to most Norwegian Cruise Line ships. They both have two or more included-in-the-price dining rooms, as well as two complimentary alternative venues (O'Sheehan's Grill and Shanghai's Restaurant and Noodle Bar on Epic, and Cadillac Diner and East Meets West on Pride of America). They also share most of the same popular extra-fee specialty restaurants, including Moderno Churrascaria, Cagney's Steakhouse, La Cucina and Teppanyaki. Both also have a French bistro-style eatery, each with a different name.

When it comes to accommodations, both ships offer traditional cruise ship cabin categories: insides, balconies and suites (though the suite offering varies greatly between the two ships). Pride of America also has outside-view cabins without balconies, while all outside-view rooms on Epic have balconies.

But the similarities end there.

The much smaller Pride of America has a handful of bars (including a dedicated wine bar), three pools (including one smaller aft pool) and a basketball/volleyball court for scheduled and open play, but that's about it. There is no water park, no specialty sun deck, no suites-only spaces, no solo cabins and no Broadway-style entertainment.

Norwegian Epic is the total opposite. There's an Aqua Park for adults and kids; an adults-only sun deck and extra-fee sun deck; The Haven complex for suite passengers; studio cabins for solo travelers; a spa thermal suite; and a wide range of evening entertainment options, including a Cirque Dreams dinner show, Howl at the Moon dueling pianos and the Broadway hit "Priscilla, Queen of the Desert."

On top of that, Norwegian Epic also has an actual ice bar, a Bliss Ultra Lounge with bowling, the first-in-the-fleet iteration of the Cavern Club with a The Beatles cover band and a Headliners comedy club.

Cruisers looking to maximize their time in Hawaii should opt for Pride of America, which sails weekly cruises roundtrip from Honolulu, with no more than one day at sea.

Anyone looking, instead, to have as much fun on their cruise ship as they plan to have on land will want to select Norwegian Epic. Cruisers booking on Norwegian Epic should be prepared to plan ahead; pre-cruise reservations are highly recommended for many of the entertainment and dining options you'll find onboard.

Related: Getting Prepared for Your First Cruise: What to Expect

With so many restaurant options, foodies will find plenty on either ship to satisfy their palettes, but solo cruisers are more likely to prefer Norwegian Epic, which offers more than 100 Studio cabins sized and priced for individual cruisers, and a Studio Lounge -- a communal space for Studio occupants to socialize. Similarly, suite cruisers will prefer the suite experience on Norwegian Epic.

Budget cruisers will likely want to avoid both ships, as neither offers the line's cheapest fares.