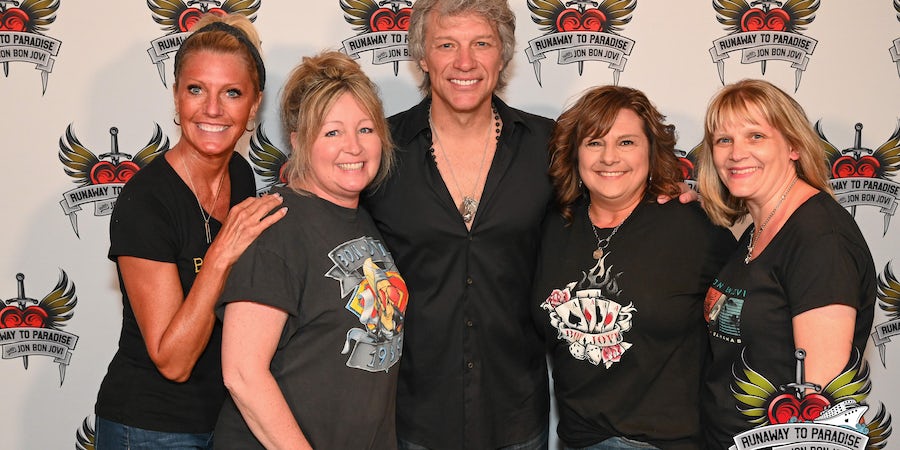 Is a Theme Cruise Right for Me?

Theme cruises have been around for the best part of 15 years (at least in the US), but have only really become popular here in the UK in the past two or three years.

Though music dominates theme cruises, there are many others, whether that's Star Trek-themed, food, wine, wrestling -- or zombies!

So, what exactly can you expect from these themed cruises, apart from a catchy name? We find out whether a theme cruise is right for you.

What is a theme cruise?

In a nutshell a themed cruise is a sailing that's tailored around a particular topic, activity, hobby, music genre or celebrity. Everything from onboard activities and menus to shore excursions could be linked to the theme, depending on what it is.

The timeline of themed cruises can be traced back more than two decades. Some of the most high-profile theme cruises -- sailings like Rock the Boat, a music festival at sea, have been running for nearly two decades.

Recently, though, increasing numbers of cruise companies have started offering their own themed sailings, working in collaboration with specialist event and production companies like Sixthman, Floating Festivals, Premier Vacations and Entertainment Cruise Productions to bring their offerings to life.

The Electric Sunsets Back to the 90s cruise on TUI’s Marella Explorer, meanwhile, sees passengers getting out their glow sticks to party with the likes of Judge Jules and 5IVE.

Then there are the music cruises that are homages to single headliners, such as the Kiss Kruise that features an indoor and pool deck gig by Kiss, and the Runaway to Paradise with Jon Bon Jovi cruise.

Multiple cruise lines offer sailings for which the ports of call, onboard activities and guest speakers are all linked to wine. P&O Cruises, meanwhile, is famous for its Food Heroes cruises, which allow passengers to brush shoulders with and learn from celebrity chefs like Marco Pierre White and master patissier Eric Lanlard.

In past years, cruise lines have even offered passengers the opportunity to walk amongst the "undead" during their time at sea. A Dead on the Water cruise took place on Carnival Conquest while Walker Stalker -- a Walking Dead-inspired cruise -- played out on Norwegian Pearl.

Some cruise lines, like Cunard, offer special themed-sailings as a matter of course; for others, full-ship charters occur as a one-off event that might be repeated annually.

Disney Cruise Line has even gotten into the themed cruise arena as of late, leveraging its popular back-catalogue to offer Marvel and Star Wars Day at Sea themed cruises in 2022. Unsurprisingly, these sailings are incredibly popular with the Disney faithful.

The best word to describe a themed cruise is immersive. On the Runaway to Paradise with Jon Bon Jovi cruise, for example, guests soaked up drink spillages using Bon Jovi logo napkins, they ate Happy Birthday cupcakes to mark Matt Bongiovi's birthday, they watched Bon Jovi movies in the cinema, bought JBJ merch in the onboard stores, and -- of course -- watched dozens of live gigs -- two of which were performed by the rock legend himself.

Pros of a theme cruise

Getting eyeball to eyeball with idols

Most theme cruises feature a celebrity or two -- be it 80s crooner Tony Hadley or superstar Jon Bon Jovi. The set up of a cruise ship naturally gets passengers closer to these VIPs than they would be able to get in the real world. On the Runaway to Paradise cruise, for example, Jon Bon Jovi performed an intimate acoustic set in the Norwegian Pearl's theatre, with the front row of the audience sitting within an arm’s length of the star.

On some theme cruises, the VIPs even mingle freely with the passengers -- though don't expect this on every sailing. Some theme cruises fly talent in during a port stop for a set of performances before jetting them off again in the evening, without actually sailing with the vessel.

There’s a strong sense of camaraderie on themed cruises. Passengers know they have something in common from the moment they step onboard and it breaks down barriers. Conversations are struck up quickly and easily everywhere from the lifts to the bars.

Some theme cruises, like Runaway to Paradise with Jon Bon Jovi, attract superfans, too. It’s not uncommon for solo travellers to meet over social media or fan club forums before the cruise and arrange to share a cabin with each other.

Theme cruises make it easy for passengers to binge on their favourite things -- whether that's music or a certain hobby. This is especially true for music lovers and fans of bands. Getting on a ship, unpacking, and spending a few nights in a cabin with a warm shower is so much simpler and more comfortable than pitching a tent in a field or battling the crowds around a stadium in order to experience the music and acts they love the most.

Cons of a theme cruise

The price of the cruise

Due to the royalties and appearance fees for celebrities, themed cruises, on the whole, tend to come with a higher price tag than the equivalent un-themed cruise on the same boat. Prices of drinks and food can also be ramped up to take advantage of the captive onboard audience.

Related: How to Choose the Right Size Galapagos Cruise Ship

Costs of onboard extras

Budgets soon get blown on a themed cruise. Once you’ve forked out for your transport to the ship, cabin, and any fancy dress you might need to make the most of the cruise, you get onboard to be faced with a list of extras the length of you arm. Want a photo opportunity with the star of your cruise? That can add another $50 or more to your bill. Want an official cruise t-shirt? Perpare to fork over another $30 or so.

Many theme cruises are designed to be short and sweet. Many itineraries last a weekend or five days. Longer options are limited. In some ways, though, this is a blessing in disguise, especially for passengers on music cruises, where cabin lights don’t tend to get turned off until the wee small hours of the morning and candles are burnt at both ends and all sides for the duration of the sailing.

The ships are not the newest

Passengers book theme cruises for the line-up. For them, the ship is an afterthought. Some cruisers may not even look at what the ship offers until a few days before they are due onboard.

As a result, the ships chosen for theme cruises are not always the newest or most up to date. Of course, you’ll most likely get a comfy bed and a choice of places to eat and drink, but you won’t usually get that super slide or infinity pool on deck.

Theme cruises may not be the cheapest way to cruise, but they’re one of the most fun. If you’ve got a particular passion for the theme, then you’ll be in your element. And if you've ve been coaxed onboard as part of a birthday party or because a friend or partner fluttered their eyelids at you, the chances are you'll make memories that won't be fast forgotten.