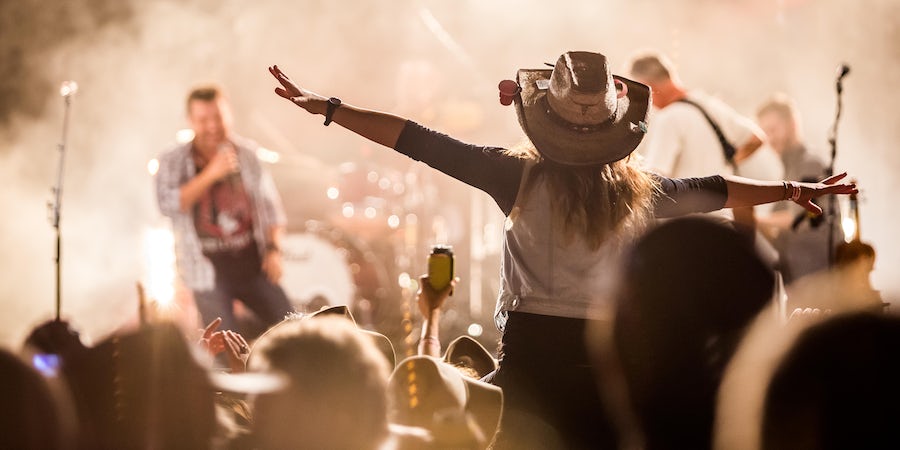 P&O's country music cruise from Brisbane is three days of live bands performing rockabilly, country rock, bluegrass and anything that Kenny Rogers and Dolly Parton have ever sung. Cowboy hats and boots will mix with 1950s-style full skirts and slick-backed quiffs onboard Australia's first-ever country and western cruise.

The P&O country cruise is a three-night 'cruise to nowhere' departing from and returning to Brisbane aboard the 1,546-passenger Pacific Dawn from December 7 to December 10, 2019. This event is operated by P&O Cruises and is part of its Short Breaks program.

So far, P&O has announced three headliners, who will each give a solo performance during the three nights, and then come together for a late-night jam session finale. They are singer-songwriter Casey Barnes, who won the P&O-sponsored People's Choice Award at Groundwater Country Music Festival on the Gold Coast in July; legendary Queensland singer and Country Music Channel Hall of Fame inductee James Blundell and Caitlyn Shadbolt, a finalist in the 2014 season of X Factor. Barnes, who hails from the Gold Coast, came to fame via the 2009 season of Australian Idol and has since performed across Australia and internationally with singers such as Mariah Carey and Bryan Adams.  These headline acts will be supported by many more musicians (to be announced) who will entertain passengers in the bars and lounges over the three days. Other country-themed entertainment will include ukulele lessons, line-dancing and bush poetry.

Highlights of the Country Music Festival at Sea include catching a performance by James Blundell,  whose career spans 30 years and has produced some 15 albums. He's bound to perform his 1992 smash hit, "Way Out West". Country and comedy is also on the bill in the form of The Cartridge Family, a trio that includes comedian Rusty Berther (formerly with comic duo Scared Weird Little Guys), who'll entertain with satirical songs. Dolly Parton fans will love the musical tribute show, From Rags to Rhinestones, performed by Donna Campbell, a singer who has spent 33 years in the spotlight.

Onboard Vibe: Anything you can tap a cowboy boot or Blundstone to. Country music, with its many styles, is definitely back in vogue. Expect a lively weekend with banjos, twanging guitars, fiddles and boot-scooting.

Who Would Like It: Fans of country tunes that veer from country rock to bluegrass and everything in between. It's the perfect getaway for music-loving friends, families and multi-generational travel.

The Country Music Festival at Sea is run by P&O Cruises Australia. For more information, visit