You may also like
Dismiss
The Truth About Solo Cruise Cabins
7 Times an Inside Cabin is the Best Choice on a Cruise
Uniworld vs. AmaWaterways
APT vs. Scenic River Cruises
What Is a Single Supplement on a Cruise?
How to Find the Best Cruise Deals for Singles
Which Ships Have Solo Cabins
How to Save Money on a Disney Cruise
7 Things to Know About Holiday Singles Cruises
7 Things to Know About the Cheapest Luxury Cruise Cabins 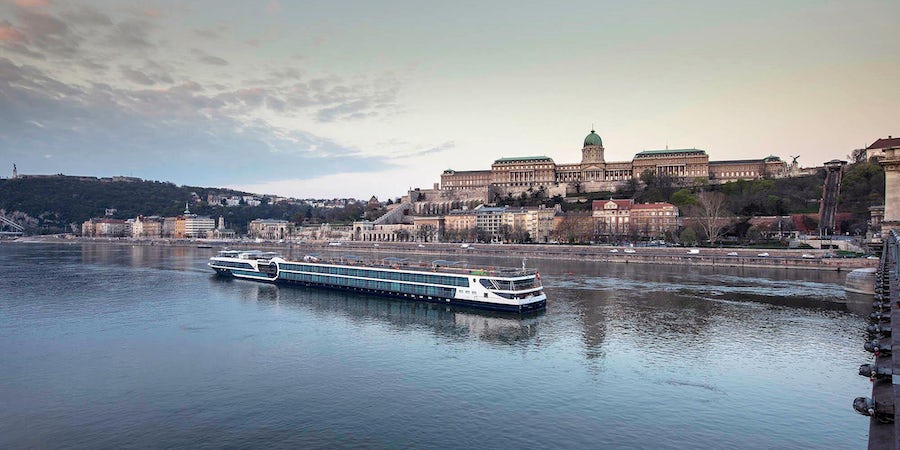 Solo travel is taking off in a big way -- and not just on the mega-ships. River cruises are quickly becoming a popular destination for those who travel by themselves. River cruises are a great choice for solo travelers, thanks to their convivial atmosphere and relatively small number of passengers. As a single traveler, it is easier to get to know a few hundred people rather than a few thousand.

If you're traveling as a single on a river cruise, the atmosphere is generally gracious and welcoming. Expect fellow passengers to go out of their way to be inclusive when it comes to dinners -- perhaps the only awkward moment on a river cruise as a single traveler, due to the open-seating nature of most onboard dinners. For those who are shy, try grabbing a seat at a large table and let your fellow cruisers make the introductions.

Traveling solo by river has never been easier. Many river cruise lines now offer solo traveler discounts on selected sailings throughout the year that can reduce or even eliminate the dreaded "single supplement" that a normal booking would entail.

And while there is no "wrong" itinerary for solo travelers, it might be a good idea to stay away from barge cruises through the canals of France, unless you are incredibly social and outgoing. Most barges only hold between six and 12 people per vessel, and a few families traveling together can make a solo passenger feel like a bit of an outsider.

Here are a few river cruise lines that stand out among the crowd as being the best river cruises for single or solo travelers:

What You Should Know: At different times of the year, AmaWaterways is known to offer solo traveler specials that either reduce or eliminate the single supplement for those wishing to sail on their own who book in certain stateroom categories (usually fixed-window Category D and E staterooms). The line is one of the largest proponents of solo travel, so expect to see these offers frequently.

In addition, AmaWaterways offers single-occupancy staterooms on a handful of its European river boats. Ships with staterooms designed for solo travelers include AmaVerde, AmaBella, AmaLyra, AmaDolce, AmaDante and AmaCello. Rooms tend to be smaller (expect about 140 square feet in most cases) and, because there are only one or two rooms per ship, tend to book up well in advance. Still, AmaWaterways is among the most generous with its single traveler policies.

What You Should Know: Every ship in the American Cruise Lines fleet offers single occupancy staterooms, and many of these feature private balconies. These aren't small, either -- many run near 200 square feet, meaning American Cruise Lines offers more personal space for solo travelers to really stretch out. Single-occupancy staterooms aboard American Jazz, for example, run 250 square feet and include a private balcony.

Solo travelers can book double-occupancy staterooms at prevailing rates by paying a single supplement ranging between 150 and 175 percent.

The forthcoming American Countess, debuting in 2020, will have one single outside stateroom with veranda. American Queen Steamboat Company's American Duchess lacks any dedicated staterooms for singles, though they can book by paying the appropriate single supplement.

What You Should Know: Throughout the year, Avalon Waterways frequently runs specials that waive the single supplement on select European river cruises. There are a few things to be aware of: The promotion often only applies to certain cabin categories, and bookings often have a deadline or limit. Still, if you're a fan of the line, these deals can be hard to pass up.

What You Should Know: Strasbourg-based CroisiEurope frequently trots out the solo traveler savings programs, with special promotions offered throughout the year on select destinations and river cruises. Some of the company's fleet offer at least one cabin dedicated to solo cruisers, including La Belle de l'Adriatique (which sails ocean itineraries) and MS Camargue, for example.

What You Should Know: Emerald Waterways routinely offers solo cruiser specials that waive the single supplement on select sailings and cabin categories. Typically, this doesn't apply to the higher-level suite categories and is valid only for bookings made during a certain timeframe.

The Solo Perk: Single Occupancy Deals Across the Ship

What You Should Know: Normally, solo river cruise promotions offered by many lines can be restrictive. They are only available on select sailings and then only on a handful of cabins across each departure date. For river cruisers who have their heart set on one itinerary and departure date, it can be tricky to find the right voyage that will unlock solo savings.

Riviera ups the game with its Solo Traveler deals, which are available on select itineraries in all cabin categories across the entire ship. That means passengers who really want to spread out can book that top-of-the-line suite, supplement-free. It's a great deal for those who would rather not be confined to a river-view stateroom on the lowest deck.

What You Should Know: Tauck either reduces or eliminates the solo supplement on many of its all-inclusive river cruise tours at varying times of the year. In 2019, Tauck eliminated the single supplement across the board for all passengers booking Category 1 staterooms on any of its river ships and reduced the supplement for other categories by $1,000 on 54 departures encompassing 17 different itineraries. The inclusive, fully guided nature of Tauck's river cruise tours make it a great choice for cruisers looking to go it alone.

What You Should Know: Uniworld tends to be on the generous side with its solo occupancy deals, which are offered at various times throughout the year on select sailings, departures and cabin categories.

Only one Uniworld river cruise ship features a dedicated single-occupancy stateroom: the S.S. Catherine. At 120 square feet, this Classic Single river-view stateroom is on the smaller end of things and is tucked away down on Saint Remy Deck. Numbered 214, it is available as a connecting stateroom to the adjacent Classic Stateroom, no. 212.

What You Should Know: Vantage prides itself on its solo traveler prowess, and not undeservedly so: Vantage offers a wide range of incentives and options for the single traveler across its river and land tour packages.

Vantage also offers a "Traveler Matching Service," which allows passengers traveling solo to request to be matched with a roommate of the same sex upon reservation of their trip. If Vantage finds a roommate, only the double-occupancy rate is charged. If a match is unable to be found, travelers pay only 50 percent of the single supplement.