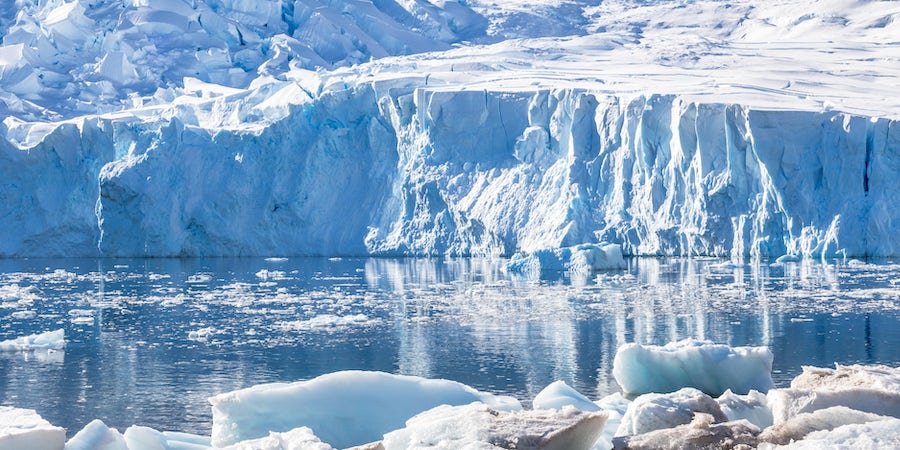 Sub antarctic cruises from New Zealand are growing in popularity for the sheer adventure and opportunities to see rare wildlife, especially seabirds. There are several sub antarctic islands cruise options that are convenient for Australians and New Zealanders, so you don't have to fly to South America to get onboard. That's because the New Zealand subantarctic islands fall into the band between 46° and 60° degrees south of the equator and include islands in the southern regions of the Indian, Atlantic and Pacific oceans.

When cruising the NZ subantarctic islands, specifically, we are most often referring to the Bounty Islands, the Antipodes, the Snares, the Auckland Islands, Campbell Island and the Australian territory of Macquarie Island.

Back in the 'heroic era' of the early 20th century, explorers such as Sir Douglas Mawson, Robert Scott and Sir Ernest Shackleton sailed south to glory from New Zealand via the subantarctic Islands to the Ross Sea where they began their historic expeditions.

While it is much less common to cruise to these remote islands from New Zealand today, it remains a fascinating and enriching journey: there is much to appreciate for lovers of history, wildlife and nature during landings on Macquarie Island and the islands immediately to the south of New Zealand.

Expect to see rare and endemic species of seabirds, particularly the majestic albatross and giant petrels as well as species of penguins not found around the Antarctic Peninsula or indeed anywhere else.

The downside of travel in this region is that you are obliged to spend more time in the open ocean getting to the islands and, when ashore, it can be quite windy. The upside is that you get a completely different wildlife experience and more opportunity to explore on foot. Of course, Australians and New Zealanders won't have that expensive and exhausting transpacific flight to reach Ushuaia, Argentina.

If your journey takes you as far as Mawson's Huts or the Ross Sea, commonly referred to as East Antarctica, then you'll need to have your sea legs because you will forge a passage through the Roaring Forties, Furious Fifties and even the Screaming Sixties. Hang on!

If you are considering travelling to any of New Zealand's subantarctic islands or even all the way to the Ross Sea and/or Commonwealth Bay (Mawson's Huts), your sailing window is narrow: it's typically just December, January and (sometimes) February for the longer full Antarctic itineraries.

Unlike what goes on over at the Antarctic Peninsula, you won't get a huge choice of either itinerary or cruise line, so it pays to have a good idea of your plans and expectations beforehand.

To secure your preferred subantarctic cruise, you'll need to stay in touch with the cruise lines that regularly sail this region.

The most experienced operator in this territory is Christchurch-based

, which has chartered a Russian oceanographic vessel under the name of Spirit of Enderby for many years. The travel company works closely with its sister agency,

, which has the best knowledge of any other cruises departing south from the most frequently used ports: Dunedin, Invercargill (Bluff) or Christchurch (Lyttelton).

Silversea frequently includes New Zealand subantarctic itineraries and will do so again in 2020 and 2021 when Silver Explorer makes the epic journey, which will include both the Ross Sea and Commonwealth Bay, the site of Mawson's Huts.

Ponant is a relative newcomer to the New Zealand subantarctic region: it will venture south again from Hobart to Macquarie Island and Dunedin aboard the perfectly suited Le Laperouse in January 2020.

While not as comprehensive as others in the subantarctic, APT does sail MS Caledonian Sky to Stewart Island for excursions and as far as the Snares, but no landings will be made at the Snares.

Other expedition cruise lines with the New Zealand subantarctic and East Antarctica on their radar include Lindblad Expeditions–National Geographic, Oceanwide -- which use helicopters from Ortelius -- and, occasionally, the ultra-exclusive EYOS Expeditions.

There are two types of itineraries in this region -- namely Subantarctic and East Antarctic --and no two itineraries are likely to be the same in their execution.

Subantarctic: Ships will most likely travel from either Dunedin or Invercargill/Bluff, heading south to the cluster of islands immediately below New Zealand's South Island. You'll likely go ashore at Enderby, Auckland and Campbell Islands while skirting the coastline of the Snares, a rich wildlife sanctuary where no landings are permitted. Your voyage may or may not head as far south as Macquarie Island where landings can be tricky but very rewarding.

East Antarctica: A 'deep Antarctic' itinerary may or may not visit the subantarctic islands above, but will likely include such noteworthy points as the French base at Dumont d'Urville, Mawson's Huts at Commonwealth Bay, Cape Adare and the Ross Sea with McMurdo Sound complete with more historic huts. As a bonus, you can do some wildlife spotting at the impossibly remote Balleny Islands.

It is worth noting that Stewart Island, New Zealand's third-largest island just off the coast of the South Island, is often visited by cruise ships but is not considered part of the Subantarctic cluster.

To call these islands 'ports' is something of a misnomer, as there is often not much more than a modest jetty to secure the Zodiac and perhaps a rangers' cottage or survival hut. Nevertheless, here are your major points of interest.

The Snares: Sorry, no landings. You will only investigate the coastline and shore of the Snares as these feral-free islands are about as pristine as you will find anywhere in the world. Keep your eyes peeled for the endemic Snares crested penguin.

Enderby Island (Auckland Group): A population of introduced mammals, including cattle and rabbits once roamed these lush pastures, but have since been removed and left to the many native seabirds and frisky sea lions. Energetic visitors can go for an extensive guided hike around the island visiting the otherworldly rata forests and dodging the excitable sea lions. The less engergetic can opt for a shorter walk along the megaherb-flanked boardwalk then watch territorial disputes erupt among the sea lions on Sandy Bay as incredibly rare Yellow-eyed penguins make their way to and from the shore.

Carnley Harbour: Carnley Harbour, also in the Auckland Group, is another historic location that was once inhabited by naval coast watchers during World War 2. Here you can join an adventurous climb up to the South West Cape and be captivated by the antics of the Shy Mollymawk colony below.

Campbell Island: Another chance to stretch your sea legs with a hike among the 'megaherbs'. These herbaceous, perennial wildflowers are characterised by their great size with huge leaves and colourful blooms. The island still has a weather station, converted from wartime coast watchers' accommodation, and was once a hideout for sealers and whalers. It is also one of the best places to sit back and take in the spectacle of nesting and gamming Southern Royal Albatross.

Macquarie Island: This fascinating and remote island national park is manned by scientists and rangers and is politically part of Tasmania. Once a staging post for Antarctic expeditions during the so-called heroic era, it was extensively studied by Sir Douglas Mawson and inscribed by UNESCO for its geological value. Now cleared of vermin, the seabirds, penguins and seals are free to re-establish themselves unmolested. Visitors can have their passports stamped and enjoy superb tea and scones in the Australian National Antarctic Research Expedition ANARE base station.

Some itineraries may also visit the Bounty Islands, Chatham Islands and Antipodes Islands for wildlife-spotting and shore excursions. Note: these islands are not technically 'subantarctic'.